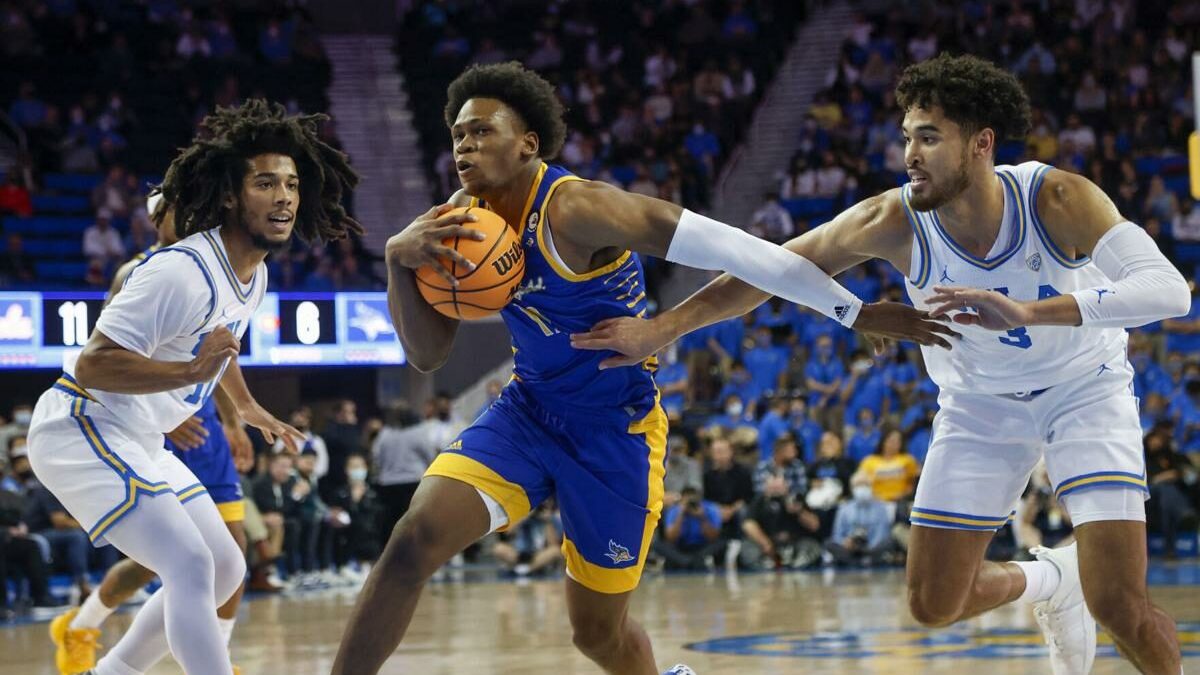 The UCLA Bruins are among the top teams this NCAA basketball season. With a 16-2 record, they are playing with almost flawless performances.

The target is clear: Stay at the top of the Big 12 Conference and head to the next stage of the NCAA championship. This Thursday night, the Bruins are set to visit the Arizona Wildcats at McKale Memorial Center in Tucson.

The Bruins need to hold a steady path. They seem to have everything they need to face Arizona with six consecutive wins. The Wildcats, 17-2 on the season, are in the third spot in the Big 12.

For Arizona, it’s about keeping a close grip on their Thursday night rivals, the Bruins. This, of course, if Arizona wishes to compete for the championship.

Bruins at the Top of Pac 12 Conference

The Bruins are well on their way to sum more wins. It just seems like very few teams could manage to surpass UCLA. Indeed, so far, only Oregon and Gonzaga know what it feels like to get a win over the Bruins.

Johnny Juzang is still tops on the team with 18.1 points per game. Tyger Campbell has added 4.5 assists and 1.3 steals per game. The Bruins have all the talent on their side; however, they need to hold on to the lead spot in the conference.

The Bruins average 78 points per game, and their defense gives up 63.9 points per matchup. UCLA has also recorded 37.4 rebounds and 14.3 assists per contest. Although these numbers don’t range among the NCAA’s top, they have proven enough to position UCLA as the number three team in the country.

Wildcats To Keep Up the Fight

Arizona is not far from leading the conference standings. The team simply needs to remain close to both top California contenders to fight for the top two positions.

Bennedict Mathurin tops Arizona with 17.2 points per game. Christian Koloko has added 7.5 rebounds and 3.2 blocks per match on the defensive end. For Arizona, the path is paved to keep a steady climb to the top.

The team is eighth overall in the country with 86 points per game and sixth with 43.7 rebounds. The Wildcats have also positioned themselves as the second-best in assists with 20.5 per contest. A solid win over UCLA tonight might just prove that again.

UCLA might be leading the conference standings, yet Arizona is just a mere step away from stealing that spot. The total has gone over for the Bruins in six of their last seven games played on a Thursday night. As for the Wildcats, the total has gone under in five of their previous six games.

The Bruins might stand as the leader in the conference. Yet, this might not last long. Arizona has been one of the most pleasant surprises of the current NCAA season.

They are ranked seventh in the country and are pursuing a potential NCAA championship. UCLA will now put their current 8-1 conference record against Arizona’s 7-1 mark.