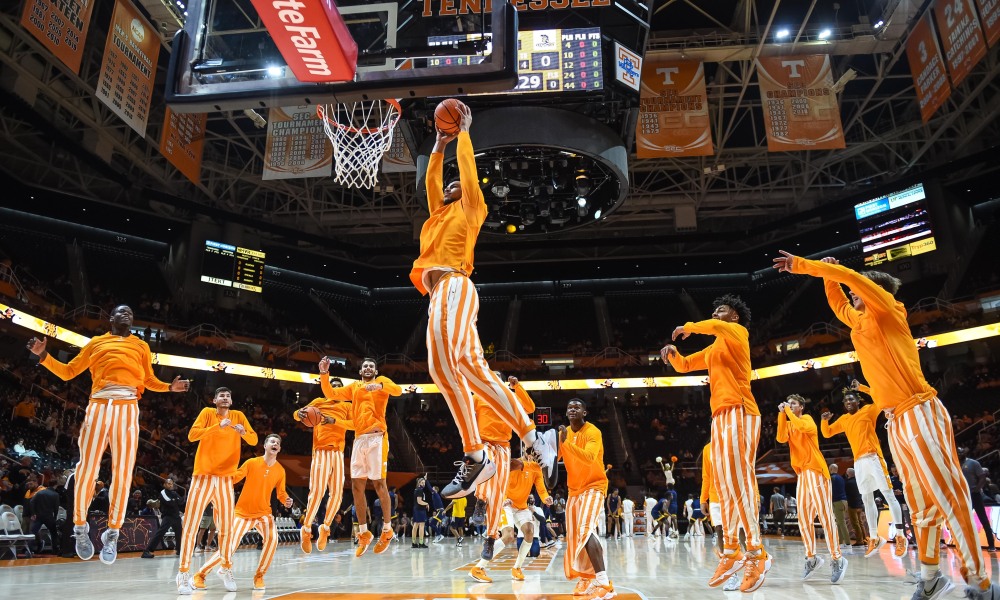 The Arizona Wildcats will have a challenge coming their way this Wednesday night when they visit the Tennessee Volunteers at Thompson-Boling Arena in Knoxville.

Currently undefeated, Arizona is truly living a dream season that no player on the squad could have ever projected for the team before the 2021 season. For Arizona, it’s all about staying at the top, and so far, that has not presented major challenges to the southwest squad.

For the Volunteers, an 8-2 season record still proves the team has been able to pull solid performances. Currently 19th in the AP Top 25, the squad will seek to overcome one of the big surprises of the current season, and breaking an undefeated rival record has always proven to add significantly more complications when strategizing against top rivals.

For Tennessee, a ninth-season win would also allow them to stand in a much more solid position as they continue to lead the SEC.

Two months ago, not one expert NCAA analyst could have predicted Arizona’s current overall season performance. Rival after rival, the Wildcats have just conquered, and now with a perfect 11-0 record, Tennessee is just standing in the way of more consistent results.

Still, to Wildcats coach Tommy Lloyd, overcoming consecutive rivals successfully is just raising the bar, and with this, the expected gameplay level is demanded from his team.

In other words, for Lloyd, the more wins, the higher the expectation and the more exponential efforts that will have to be delivered on the court by each of his players.

The Wildcats are currently led by Benedict Mathurin, who averages 17.4 points per game. Guard Kerr Kriisa has also added 5.4 assists per game, followed by Christian Koloko with 7.3 average rebounds per game.

Although not undefeated, two losses have not outweighed Volunteers’ eight wins or at least not enough not to clinch the first spot in the SEC. A win over Arizona could award them their third consecutive win for Tennessee.

To coach Rick Barnes, the squad has delivered solid performances, and they can let two losses deviate their intentions from topping ranks. Tennessee is currently scoring 78.5 points per game and stands ninth in the league with 19.3 assists per match.

Guard Kennedy Chandler leads the squad with 14.6 points and 5.4 assists per game. To Kennedy, the team is playing well, and they need to stay focused on this crucial stage of the season, one game at a time.

Breaking an undefeated season record might just outweigh the odds for Arizona. The total has gone over in five of six games for the Wildcats.

As for the Volunteers, more than a strong performance is to be expected if they wish to pull a win over their Wednesday rivals. The total has gone under in four of their last five games for Tennessee.

In simple terms, Arizona is just playing better basketball at this point. Even though Tennessee has successfully led the conference and odds are slightly leaning over the Volunteers’ side, Arizona’s current undefeated record could come to an end any time soon, yet not this Wednesday.

Under Lloyd’s command, the squad is expected to continue with their relentless streak, and Tennessee might very well become just another victim for the Wildcats.