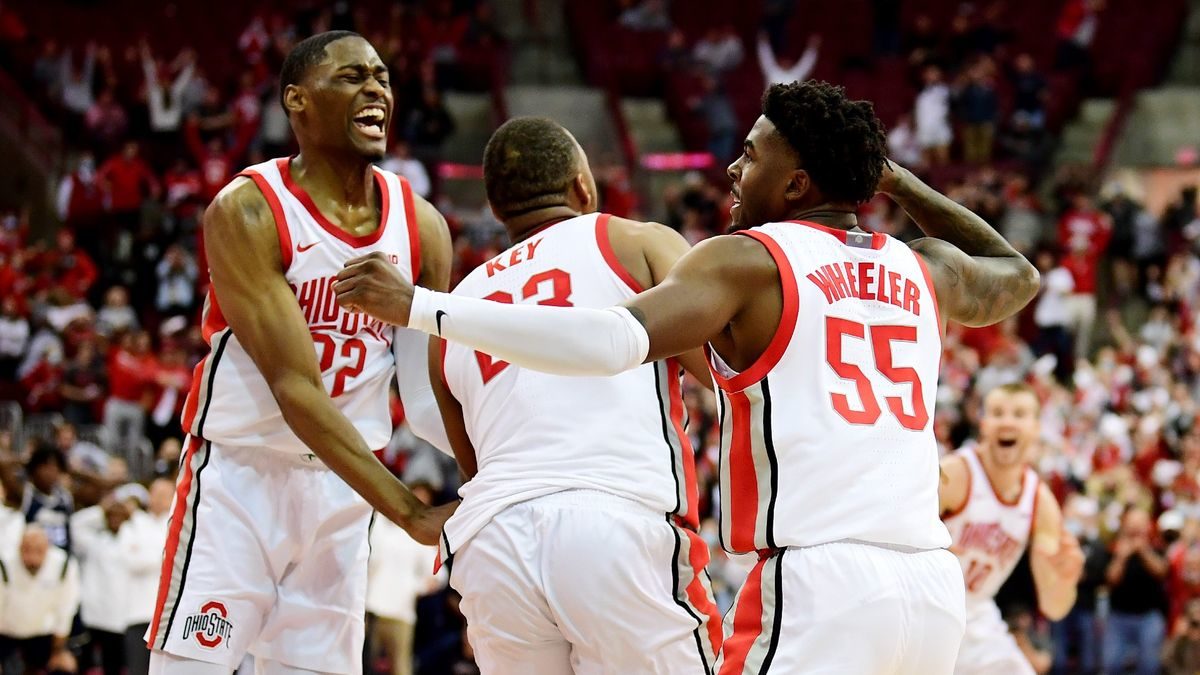 The Ohio State Buckeyes will play their third-round face-off against the Xavier Musketeers this Thursday night at Cintas Center in Cincinnati, Ohio. For the Buckeyes, a high-profile squad, the matchup against their Ohio rivals will add to another opportunity to build early momentum while knowing that most eyes are on them. Yet, Xavier pretends not to dim behind the shadow of a top leading squad with great championship potential.

Since their last game in 2007, Xavier has not yet been able to shine like their Ohio State rivals. Yet, only after two games in 86 years, the Musketeers are currently trailing behind the Buckeyes by just one win. For most, this is the game to watch for Thursday night, not just for what Ohio State will bring to the table as expectations remain high for how the No. 19 seed of the country performs, yet also for what Xavier, the out-shadowed underdog, might offer in terms of game strategy.

Buckeyes on the search for NCAA greatness

With a 3-0 record, the Buckeyes seem just to be getting started. Ohio State opened the season with a tight 67-66 win over the Akron Zips. It was EJ Lidell who led the squad with 25 points, three assists, and 11 rebounds. Last Friday night, Lidell extended his dominance after leading his squad to an 84-74 home win over the Niagara Purple Eagles, finishing the game with 29 points and five rebounds.

The Buckeyes added to their winning streak with a final victory over the Bowling Green Falcons. With a more than evident lead, Ohio beat the Falcons 89-58. This time Lidell tied with Meechie Johnson Jr. after finishing the game with 13 points, while both Zed Key and Justin Ahrens added to the team’s win by summing 12 and 11 points correspondingly. The key takeaway: Ohio is bringing on some big talent to the 21-22 NCAA Men’s Basketball Season.

Xavier will now have to consider not just the what but the who to look for on Thursday. Starting Junior Lidell is not only skilled but eager to take his squad far in the Big Ten division conference. Top talent remains on the side of the Buckeyes, and that is just another reason why the Musketeers will stay on the watch for this upcoming game.

Xavier is not far from being the top rival material for the Buckeyes, and that is what the squad will attempt to prove on Thursday on their home court. The Musketeers opened their season with a 63-60 win over Niagara and a 73-59 lead over the Kent State Golden Flashes. Guard Paul Scruggs stole Tuesday night’s showdown to Niagara by leading the squad with 17 points and five rebounds. On Friday, Scruggs added another 23 points and seven rebounds to lead the squad once again.

The Musketeers have therefore proven that their squad is made of top talented material. Xavier also holds an 11-4 record over Big Ten rivals in the last 15 years, which is why the Cincinnati squad is not far from delivering strong performances against top teams. According to Xavier head coach Travis Steele, strategy and order is the name of the game. With simple gameplay, Steele is confident the team will pull out the feat over the Buckeyes.

Ohio State’s stats speak in favor of a top-NCAA performer on the rise, yet Xavier is not far from the trail. The Buckeyes now stand 6-2 SU in 8 of their last matchups. On the other hand, Xavier is 13-2 SU over their last 15 games, having had the total hit under in four of their previous five games.

The Buckeyes are on their way to the top of Thursday’s game. Although Xavier is still looking strong on stats and even not far with -110 odds in two of the above sportsbooks, it appears that the looks are being drifted to Ohio State. Expectations for Big 10 conference contenders are just higher, and this is not the exception.

Ohio State will now strive to sum up their fourth consecutive win as Xavier will attempt to prove that despite lagging in terms of recognition as they stand next to their rivals, odds still stack up fairly, and both teams stand with good chances to win.