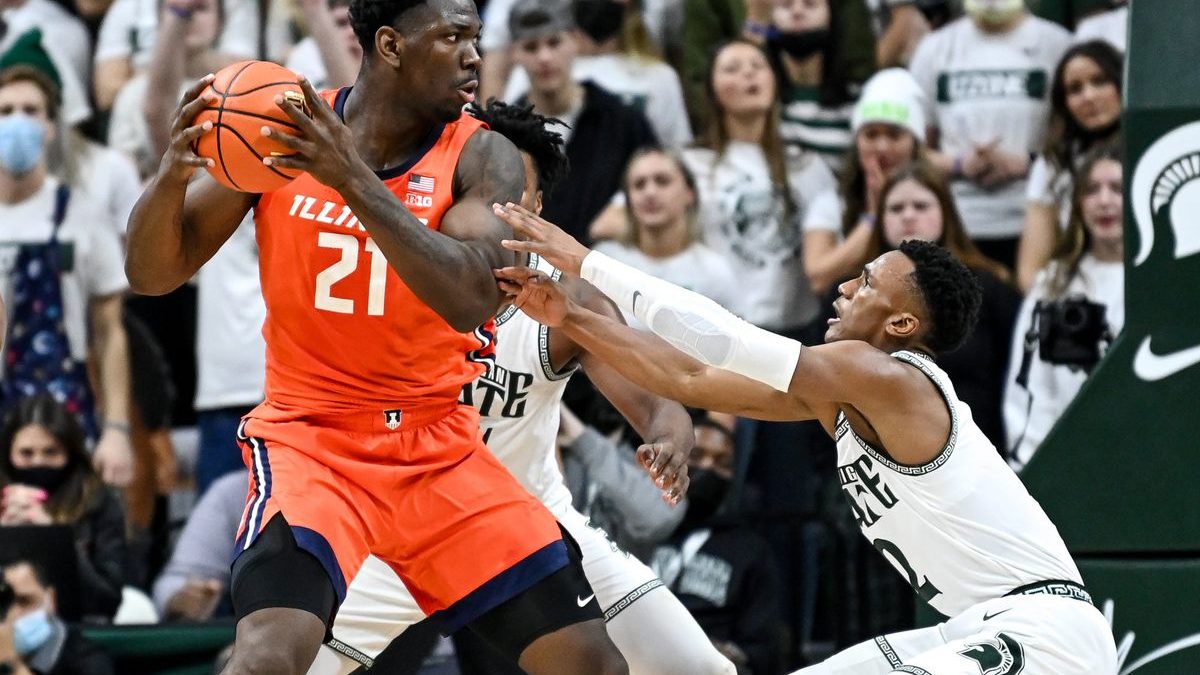 This past Thursday, the Illinois Fighting Illini could not surpass the Ohio State Buckeyes. As a result, the team has now fallen to the third overall spot of the Big Ten.

Illinois will now prepare to visit the Michigan Wolverines at Crisler Center in Ann Arbor this afternoon. For the Fighting Illini, it’s all about improving their chances of fighting for a potential championship. For the Wolverines, currently, in the eighth spot of the Big Ten, their odds have significantly decreased.

Fighting Illini in the Last Stretch for Championship Run

With a recent 86-83 loss to the Ohio State Buckeyes, the Fighting Illini let go of their chances to climb to the top of conference standings. With another victory needed to keep their championship hopes alive, they can’t let another opportunity go to waste.

Center Kofi Cockburn continues to lead the Fighting Illini with 21.2 points and 10.8 rebounds per game. In addition, Trent Frazier is leading the team with four assists and 1.4 steals per game.

Illinois is ranked number 15 in the country in the AP Top 25 and the Coaches Poll. But, no matter what the polls say, the team is just one-and-a-half games behind Wisconsin and a half-game behind Purdue.

Michigan has attempted to remain consistent, and with a recent 71-62 win over Rutgers, the Wolverines delivered a solid statement that the season is not yet over.

Center Hunter Dickinson leads the Wolverines with 18 points, 8.2 rebounds, and 1.3 blocks per game. Guard DaVante Jones has also added 4.4. assists while Eli Brooks has contributed on the defensive front with one steal per game.

The Wolverines are now 15-11 on the season. Although it isn’t a dreadful season record, Michigan was just unable to win as consistently as they’d hoped. Now, the Wolverines have a chance to upset Illinois and repay them for a 68-53 loss earlier in the season.

The Fighting Illini are now in the pursuit of conference lead spots. Still, the Wolverines might be after a revenge win from their loss to Illinois earlier in the season.

With a 12-5 record in conference games, the Fighting Illini might have enough to surpass Michigan in this game. As for the Wolverines, the team wants to beat Illinois after a defeat earlier in the season.

This is Michigan’s last chance to face Illinois and perhaps even take a shot at offsetting the rival’s path to the top of the conference.

Godds Pick/Prediction: The Illinois to win and the over hits.