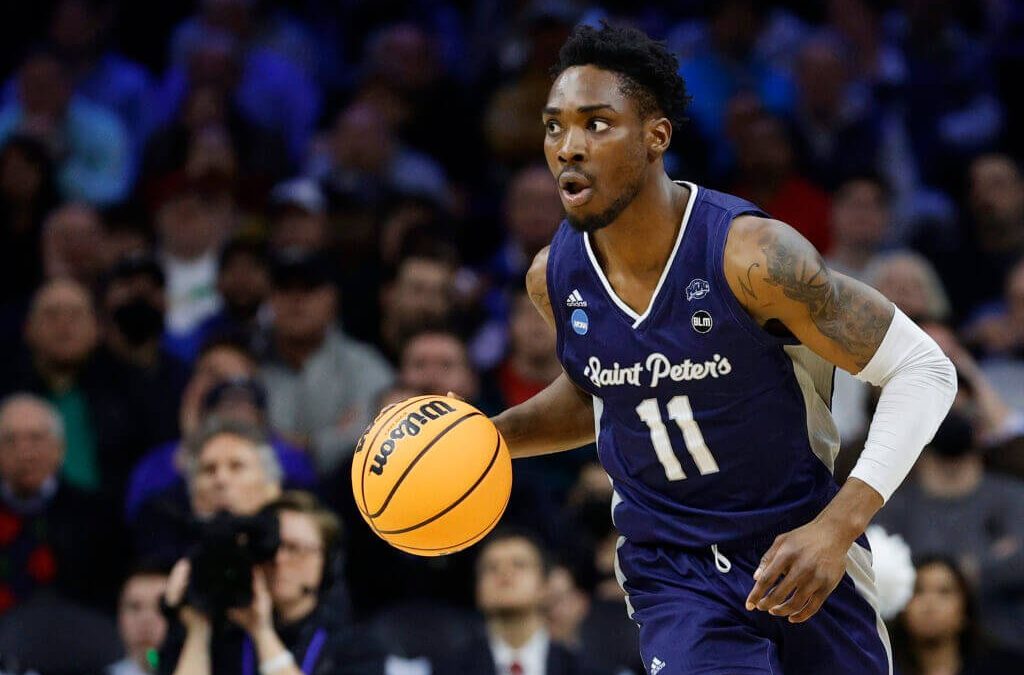 The Saint Peter’s Peacocks make their Elite Eight debut vs. the North Carolina Tar Heels. They are the first 15 seed ever to make it to this round of the tournament and look to continue their historic run with a win tonight. Meanwhile, North Carolina has played in more Final Fours than any other team and is playing in its 30th round of eight.

Both teams ended the regular season on a hot streak, with the Tar Heels’ only loss in their previous ten games being against Virginia Tech in the ACC Tournament finals. The Peacocks have won ten straight games and were winners of the MAAC Tournament after finishing second in the regular-season conference standings.

Being the 15th seed in your region means that every game won in the NCAA Tournament is an upset. Saint Peters looks for its fourth upset in a row after their huge win over Purdue 67-64 on Friday. Based on the numbers, the Peacocks should not have won this game. They shot 38.9% from the field and were out-rebounded 37-26.

Daryl Banks is one of two players averaging double figures for the Peacocks, with 11.5 points per game. KC Ndefo is second with 10.5 points and leads the team in steals with 1.2 and blocks, with 2.7 per game.

Fousseyni Drame leads the team in rebounding with 6.4 per game, and Matthew Lee is the leading assist man for Saint Peters, averaging three per contest.

North Carolina is playing its best basketball of the season at the perfect time. After starting the season 12-6 and finishing second in what was said to be a weaker ACC this season, the eighth seed Tar Heels beat Marquette, top-seed Baylor, and UCLA while averaging 87 points per game in the NCAA Tournament. A win tonight would give them a record 21st appearance in the Final Four.

Armando Bacot has been the dominant player for the Tar Heels this season, averaging 16.4 points, 12.6 rebounds, and 1.7 blocks per game. He is also shooting 58.8% from the field. In addition, R.J. Davis leads the team in assists with 3.7, and Caleb Love averages one steal per matchup.

The Peacocks will need another solid defensive performance if they hope to be competitive in this game. However, the Tar Heels have been putting up points in bunches this tournament, and it doesn’t look like they’re ready to give up another chance to go to the Final Four.

Godds Pick/Prediction: The Tar Heels will win, and the total goes over.