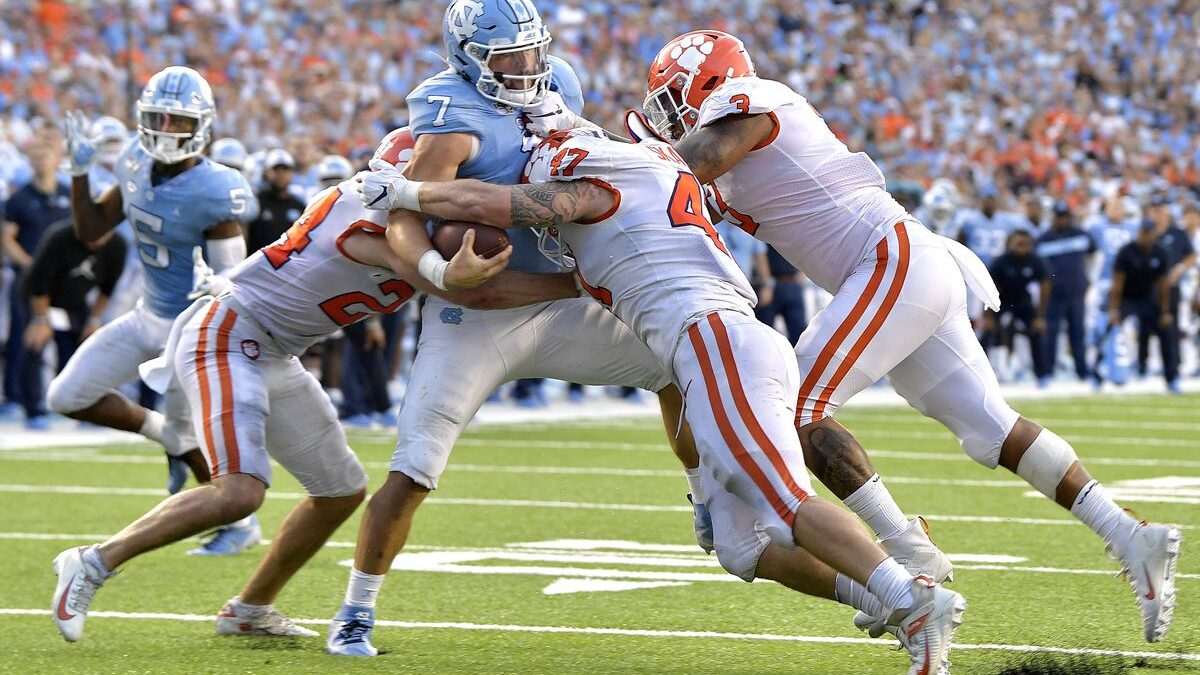 The Clemson Tigers are ready to keep adding wins to their record and visit the North Carolina Tar Heels at Bank of America Stadium in Charlotte Saturday night.

The Clemson Tigers remain one of the top prospects of the current 2022-23 NCAA football season. The Tigers have managed to pull an 8-0 conference record and an overall 10-2 season mark. This has allowed them to also remain at the top of the ACC – Atlantic standings.

The Tigers are simply on a roll, and there seems very little rivals can do to overcome them at this point.

The Tigers are all set to head to Bank of America Stadium in Charlotte to face the North Carolina Tar Heels tonight. For the Tar Heels, the story is quite similar.

North Carolina is now leading the ACC – Coastal with a 6-2 record and an overall 9-3 season record. The Tar Heels are also looking to stand out and to make the most of every opportunity to keep leading the conference standings.

Before the Tigers fell against the Soxuth Carolina Gamecocks and the Notre Dame Fighting Irish, Clemson pulled their most flawless season record. The Tigers managed to lead with eight straight wins.

Two defeats have not weakened the team or the fans’ take on what the team can do. After a defeat against Notre Dame, the Tigers pulled two wins against Louisville and Miami.

Now, it’s up to the team and DJ Uiagalelei to lead the Tigers to more solid ground as they begin to prepare for the postseason. Uiagalelei is now leading the Tigers with a total of 2,511 passing yards and 22 touchdown passes.

While the Tar Heels might be leading the conference standings, they are still facing a rough patch. North Carolina has now summed its second straight defeat.

The Tar Heels were unable to manage their games against Georgia Tech and NC State. Against the Yellow Jackets, they finished with a 21-17 loss and then took a 30-27 hit against the Wolfpack.

All eyes are now on Drake Maye and how the quarterback can push the team to transition as the postseason stage approaches. Maye is now standing with a total of 3,847 passing yards and 35 touchdown passes and has also led North Carolina’s rushing game with 629 yards.

The Tigers are still ranked ninth in the AP Top 25 and remain tenth in the Coaches Poll. With 34.3 points per game, there is no doubt about Clemson’s efficiency on the field. North Carolina is eighth overall in the country with 320.9 passing yards per game and 14th with 37.1 points scored.

The Tar Heels have everything they need to pull a solid home win against Clemson tonight. However, it depends on how much pressure they can sustain from one of the top lineups in the nation.