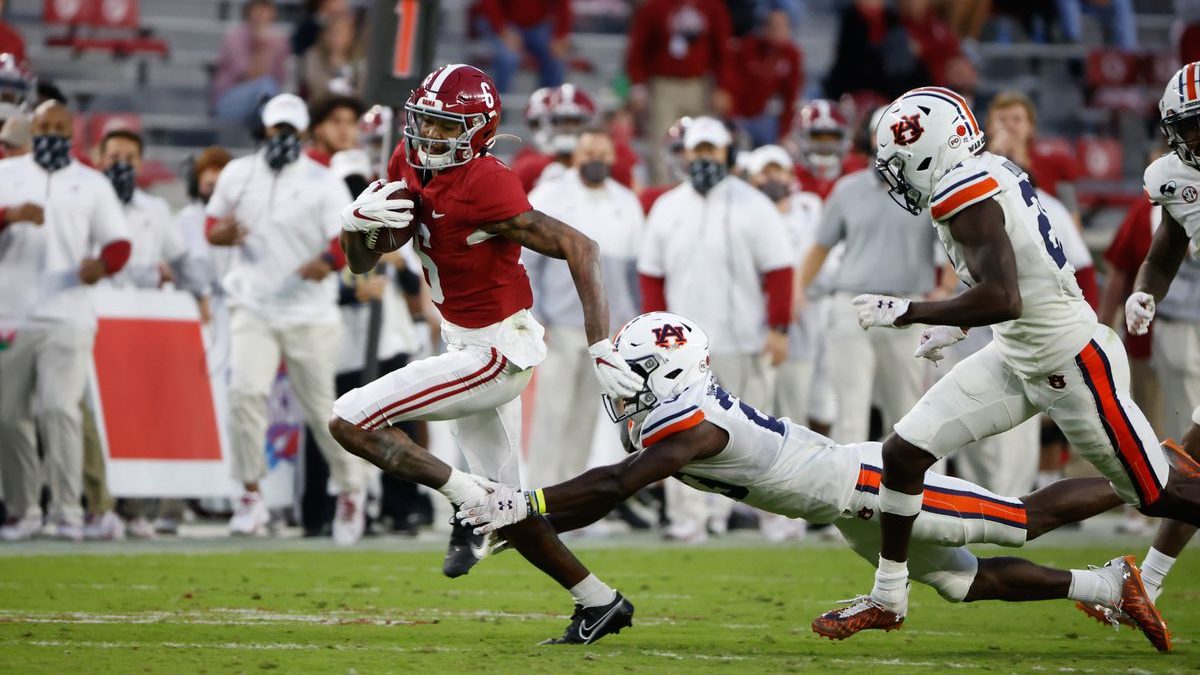 Alabama faces Auburn in the classic Iron Bowl on Saturday afternoon at Jordan-Hare Stadium. Find out more about how both teams stack up for this Saturday’s NCAA Classic showdown.

This year’s 2021 Iron Bowl will feature contrasting realities. On one side, the Alabama Crimson Tide will reach Saturday’s matchup with a 10-1 overall record and 6-1 in the conference. On the other side of the field, the Auburn Tigers stand at 6-5 overall and 3-4 in conference games. Even though Alabama has already secured their next SEC Championship game against the top-ranked Georgia Bulldogs, the team’s best efforts have not yet outperformed their Alabama counterparts when playing at Jordan-Hare Stadium in Auburn.

Auburn has been consistent when facing Alabama on their home field. More specifically, they are 3-1 in their last home Iron Bowl showdowns. Despite ranking either #1 or #2 since 2008 except for two seasons (#9 in 2010 and #5 in 2019), Alabama has remained inconsistent when playing at Auburn.

Alabama Backed up by Strong Numbers

The Crimson Tide’s 5-0 record in its most recent games is not the only thing backing up their almost impeccable gameplay. With a crushing 49-9 win over the Mississippi State Bulldogs on October 16 and a 59-3 crushing of the New Mexico State Aggies, Alabama has validated their dominance in SEC West play and has proven worthy of their #3 ranking.

Even though some think that Alabama won’t bring their best effort because of their focus on the upcoming conference championship game, safety Jordan Battle believes otherwise. According to Battle, the Iron Bowl is one of the biggest games you’ll ever play. Everything you do on the field will not only be watched by thousands but will be remembered for a long time as it becomes etched into Alabama football history.

Alabama holds the advantage in this series, going 47-37-1 in this major state matchup. With a recent shaky history when playing at Jordan-Hare, Tide coach Nick Saban is confident that his team’s mistakes are the only factors that could keep them from not being able to nail their 48th Alabama Bowl classic.

Auburn will attempt to leave their last three consecutive defeats behind as they make a solid effort to get a season-ending victory over their most hated rival. The Tiger’s last games have featured a 20-3 defeat at the hands of Texas A&M, a 43-34 loss to Mississippi State, and most recently, a 21-17 road loss to South Carolina. That’s why Auburn needs to think back a few years to recall some old Iron Bowl stats.

These last stats are what the Tigers need to keep a close eye on. However, it hasn’t been an easy ride for them with a coaching change along with multiple losses this season. The squad will also have to remember that they are playing a top-level rival, just as they have been for the last few years. Yet, adding a trophy to their case at the end of this 2021 ride might be the perfect ending to an imperfect season.

Failing to be convincing at Jordan-Hare, Alabama is still heading to Auburn with strongly built momentum. The Tigers, who are already accustomed to defeat as underdogs, will attempt to end their season with a victory that might just set them on the right track as they prepare to strengthen their football program for the 2022 season.

There is no question that the Tigers don’t stack up evenly against the Tide. For as much as Auburn would like to be, Alabama is still the stronger team. The unpredictable factor that might play in Auburn’s favor is their recent home record in past Iron Bowl Showdowns. The Tide must also consider something else that might factor in for the Tigers: how close these recent matchups between both squads have been and tend to be. Alabama holds an edge as they extend their efforts to pursue a conference championship and a national title, which would be their seventh over the last 13 seasons.