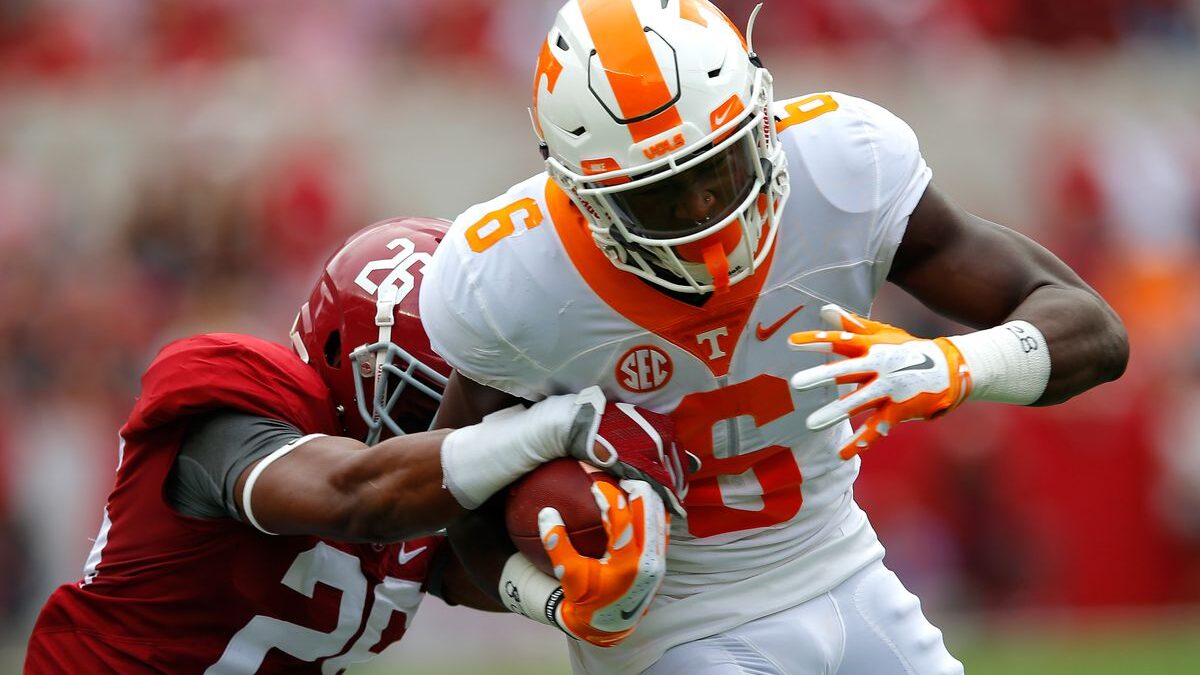 Alabama and Tennessee meet in a crucial SEC matchup at Neyland Stadium. The Crimson Tide is ranked third in the country in the latest AP Top 25 poll.

They hope last week’s single-digit win over un-ranked Texas A&M 24-20 is just a small hiccup and the team can get back to the usual domination of their conference rivals. They are first in the SEC West, just ahead of undefeated Ole Miss in the standings.

Tennessee has had a recent surge in the polls and is 3-0 against ranked opponents this season. Their latest victory was over SEC rival LSU last weekend, where they handed the Tigers a 40-13 defeat and moved to number six in the latest Top 25 rankings.

It’s been a while since the Volunteers have ranked near the top of the college polls, and this matchup will give them a chance to prove to everyone that they belong here.

Alabama is 6-0 and has two wins by single digits this season, which is a concern to some after they barely survived against Texas A&M last Saturday. They also had a scare against Texas in Week 2, winning 20-19 in a game where Heisman Trophy-winning QB Bryce Young didn’t play well, and the team committed too many penalties.

Although Young didn’t play last week against the Aggies, Alabama was still the heavy favorite in a game where they had to stop Texas A&M on the final play to secure the win. Young is still recovering from a shoulder injury and attended some practices this week, but it still hasn’t been determined if he’ll be in the starting lineup on Saturday.

Tennessee hasn’t been in the national conversation for many years and right now is a team that no one wants to play. They’re 5-0 on the season and feel like this is the year they have a chance to win their first SEC title since 2006.

They have lost against Alabama 15 straight times and have only been within seven points of the Crimson Tide twice since 2007. However, the Vols have one of the best offenses in the country this season and are ranked first in total offense and second in the country in scoring.

If their defense does happen to face Bryce Young in this matchup, it could be a long day for them. Tennessee is ranked 128th in the country against the pass, giving up 307.4 yards per game.

In addition, they lost two starting defensive backs to season-ending surgery, and besides Kedon Slovis, they really have no one else who is a solid pass defender.

Alabama is 6-3 against the spread in their last nine games, and the total has gone under in six of their previous eight games.

The Volunteers are 0-7 in the last seven home games against Alabama, and the total has gone over in five of their previous six games against SEC opponents.

Alabama will have no problem throwing the ball against Tennessee but must also deal with the country’s top passing offense.

However, with a week of practice under their belt with backup QB Jalen Milroe under center, they should be more prepared than they were against Texas A&M last week.