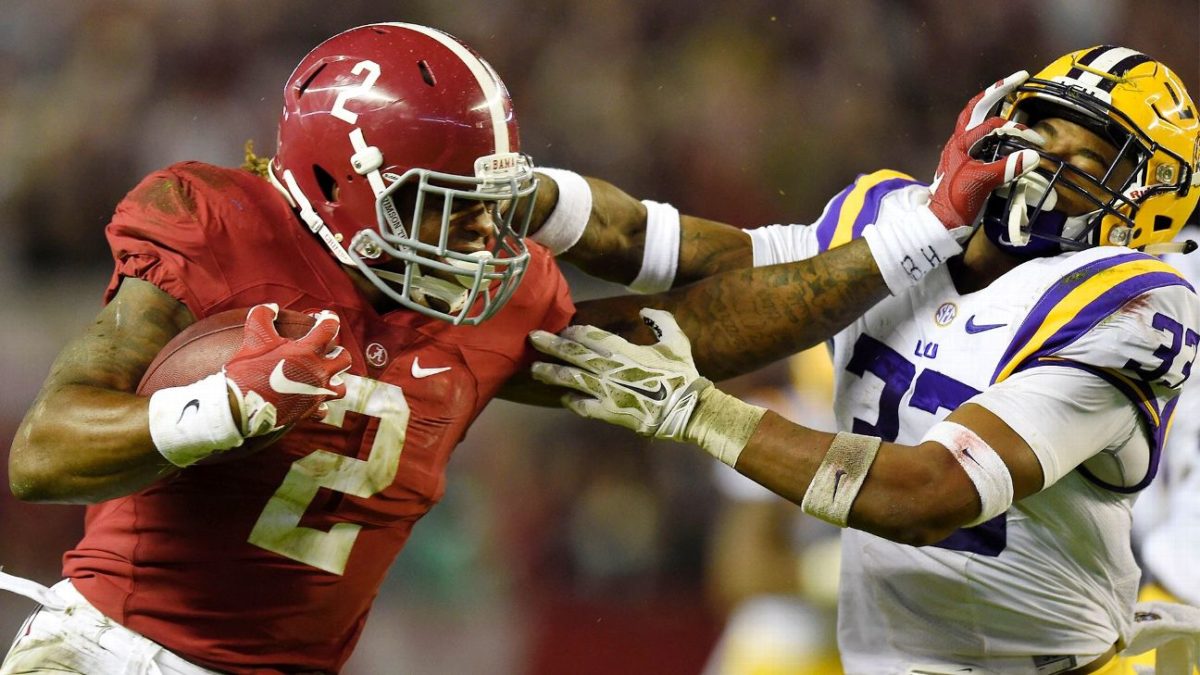 Saturday is Game Day, and the NCAAF brings a huge matchup between the LSU Tigers and the Alabama Crimson Tide in a must-see TV sports showdown for college sports.

In one of college football’s biggest rivalries, LSU is going to play Alabama in the Saban Bowl, as it is also called, in the clash of two SEC giants. These teams have met 85 times total, with the Crimson Tide leading the series 54-26-5.

This season, similar to most previous games, Alabama is coming as the team-to-beat against LSU at home, the same field where the Tigers celebrated in 2019 in one of the biggest upsets in this matchup history. Alabama is in the top position for the SEC West, while LSU is in the bottom of the standings, which sets the stage for a classic David versus Goliath style matchup where the Tigers are looking to knock out the big powerful, always exciting Crimson Tide.

LSU has not had the season that they wanted to have so far, and they are now second to last in one of the toughest conferences in college football. Today, they will visit the division leader in Alabama, which is also one of their oldest rivals, in a game full of excitement that ignites the Tigers’ spirit to overcome the odds and take a win that is desperately needed at this stage of the competition.

The Tigers offense is led by young QB Max Johnson, who has thrown for 2,009 yards so far and has scored 20 touchdowns for his team. It’s also supported by top WR Kayshon Boutte, who has completed six of those TDs. LSU is currently averaging 112.1 rushing yards per game, which shows that they do not rely on a single weapon by throwing the ball, but they can also implement their ground game to punish the Alabama defense for any opening.

For the Crimson Tide, every game is different, and they will show no difference to their next meeting when they host LSU at their own field, a location in which they have been disrespected before. They’re prepared not to allow that to happen again.

Legendary coach Nick Saban has passed down a winning philosophy to his team, which is among many of the things that have given the team a personality. He continues to be mostly stoic and leads a complete methodical well-oiled machine that will not stop for any distractions in or out of the sports topics.

Alabama is currently focused on continuing their dominant performances and overcoming whatever they are presented in front. While the team is currently averaging 45.9 points per game and has scored 48 touchdowns this season, they keep on playing a relentless style of football that overwhelms other teams.

This matchup has a very clear favorite inclined for the Crimson Tide due to their current season run, which shows one of the top records with 7-1. Against the Tigers in their last five games, they are 4-1, showing dominance through their most recent meetings. Also, Alabama has seen the total go over in six of their last eight games and had their last win against the Tigers in 2020, with a 38-point difference.

LSU has only won three times in a decade against Alabama and has not had a winning streak on this matchup since 2010. The Crimson Tide surpass the Tigers by almost 50 yards, and their current rankings show an even bigger distance between the two. There are enough reasons for Alabama to continue to smash their opponents, and LSU will be the next in line.

Godds Pick/Prediction: Alabama Crimson Tide to win the game and cover the spread, and the total goes over.