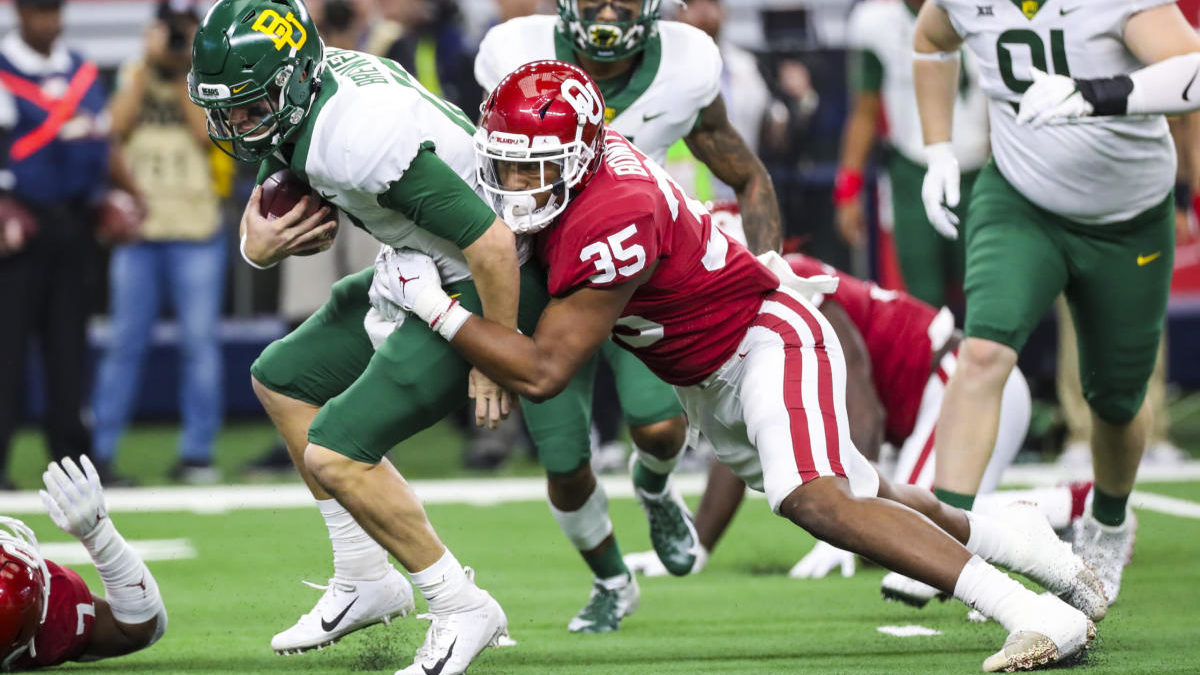 College Football Saturday finds the Oklahoma Sooners playing against the Baylor Bears. Two of the top teams in the Big-12 are set for a clash.

NCAAF will bring a very special matchup when the undefeated Sooners come to visit the Bears in a challenging game for the rankings in the Big-12 Division. Oklahoma has dominated the top position with a record of 9-0 and still has not experienced a loss during this season.

Number 1 will play as a visitor against Number 3 in a series matchup that Oklahoma has completely dominated in their last five meetings with a 5-0 record. The Sooners, this time, are looking to bury any opportunity for Baylor to continue to the postseason. The Bears, however, are coming off a loss against TCU by a two-point difference.

The Sooners have had a spectacular season run this season. Now they will play on the road against a very tough opponent in Baylor. Even though they have not experienced a loss yet, Oklahoma has been part of very tight finishes.

The offense has been led by QB Spencer Rattler, who has 1,438 passing yards already. Even when he missed a couple of games, he remains a key player for the Sooners, along with RB Kennedy Brooks with 802 yards and WR Marvin Mims with 605 yards.

Not only is this an offensive juggernaut, but the Sooners have also shown that they have the rotation needed in case the team’s health is compromised. A substitute QB Caleb Williams has also been surprised by his ability to take the wheel when needed.

Baylor is averaging 36.3 points per game this season, their ground game being the best weapon to move the ball with a top-ten average in rushing yards of 230.9.

Baylor has been a very strong team throughout this season overall. Their record while playing at home has shown their ability to take the win and feed off the fans’ energy in their own stadium to deliver results.

For the Bears, it’s been all about their defensive stronghold, as well as the offensive talent to run the ball, with RB Abram Smith racking up 1,055 yards accumulated for Baylor while using the ground game.

In the second spot for the ground game, RB Trestan Ebner has also played his part for the Bears, with 601 yards. It is easy to tell that this is the preferred way to move the chains to continue to get the first downs and put the numbers on the board.

Oklahoma is showing positive numbers in their last seven games when playing against Baylor with a record of 7-0, similar to their current undefeated record that can be extended now as a visitor.

Also, overall, the Sooners are 18-2 in their last 20 games on the road. The Bears have shown a tendency for the total to go under in six of nine games against Oklahoma and gone over in the total in six times of their last eight games.

Oklahoma will take the win on the road against Baylor, taking advantage of the offensive arsenal that has made a clear difference in tight games as this will be too.

The Sooners will continue to extend their great moment in the season and will prove to the rest of the division why they are the current undisputed leaders, and the top team ranked, moving on to the next stage in the tournament.