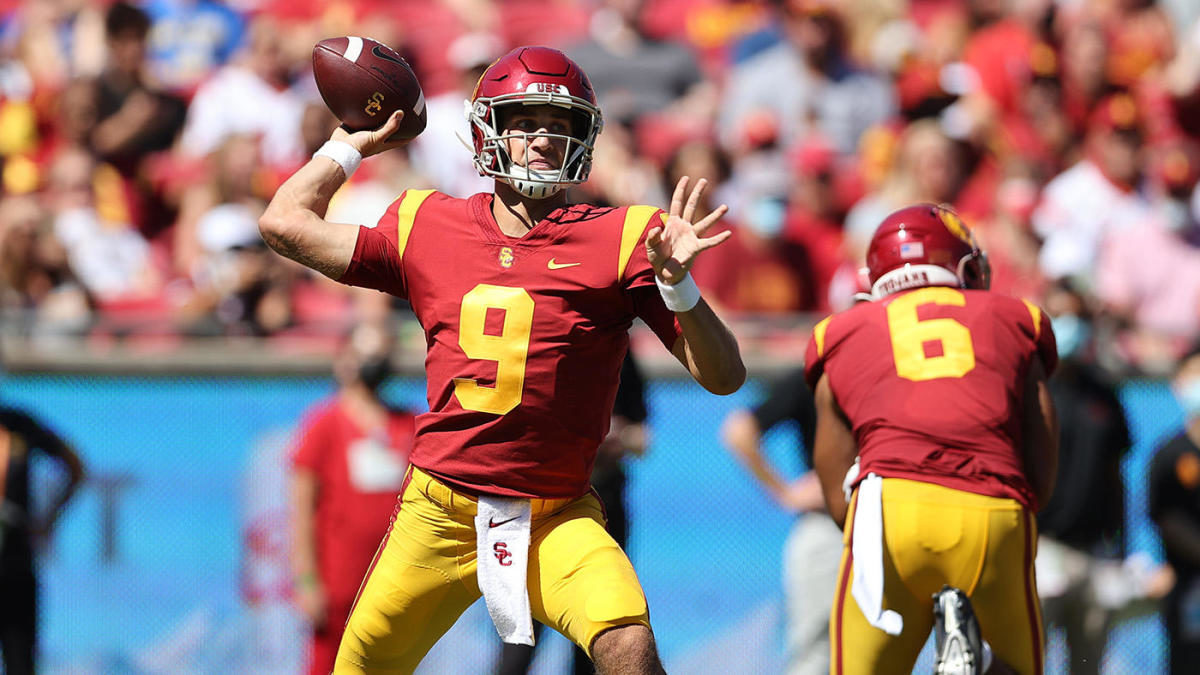 LOS ANGELES, CA - SEPTEMBER 04: USC Trojans quarterback Kedon Slovis (9) makes a pass attempt in the first half during the game between the San Jose State Spartans and the USC Trojans on Saturday, September 4, 2020, at the Los Angeles Memorial Coliseum in Los Angeles, CA. (Photo by Peter Joneleit/Icon Sportswire via Getty Images)

The Stanford Cardinal travel to southern California on Thursday night to face the USC Trojans in their second matchup in the Pac-12. Stanford handed USC its first loss of the season earlier this month.

The fifth-ranked Trojans have won three straight games since losing to Oregon and are now 17-2 on the season. Stanford hopes to repeat what they did at home the last time these two teams met when they beat the Trojans 75-69. The team is 11-6 and has lost two of their last three games.

Stanford Looks to Move up in Pac-12

The Stanford Cardinal are currently in fifth place in the Pac-12 standings, just two games behind UCLA and Arizona, who are tied for the lead. A loss would drop them three games behind USC in the conference. In their last matchup on Saturday, the Cardinal were down by fifteen points in the second half against Arizona State and rallied to win 79-76.

Michael O’Connell and Brandon Angel led the team with 16 points in the much-needed win. Stanford came into the matchup against the Sun Devils, losing two straight games to Washington and Arizona.

The USC Trojans have won three straight games and hope they can win on Thursday against the team that handed them their first loss of the season. The team was ranked seventh in the AP Top-25 when they were knocked off by the Cardinal back on January 11. After three straight wins, the team is now 7-2 in the conference, tied for first place with UCLA and Arizona.

USC’s last win was also against Arizona State, whom they beat 78-56 on Monday. Drew Peterson led the Trojans with 16 points and pulled down eight rebounds. Freshman F Kobe Johnson came off the bench to provide five assists.

A win tonight would give them an 8-2 record in the Pac-12 and put them three games ahead of the Cardinal in the conference. Stanford will then face Cal and have a rematch against Arizona State before having their first matchup of the season against third-ranked Arizona.

USC is favored big in this game and should extend their lead over Stanford in the conference standings. After a recent slump, USC appears to be back on track and has dominated Stanford on their home court, winning their last five matchups at Galen Center.