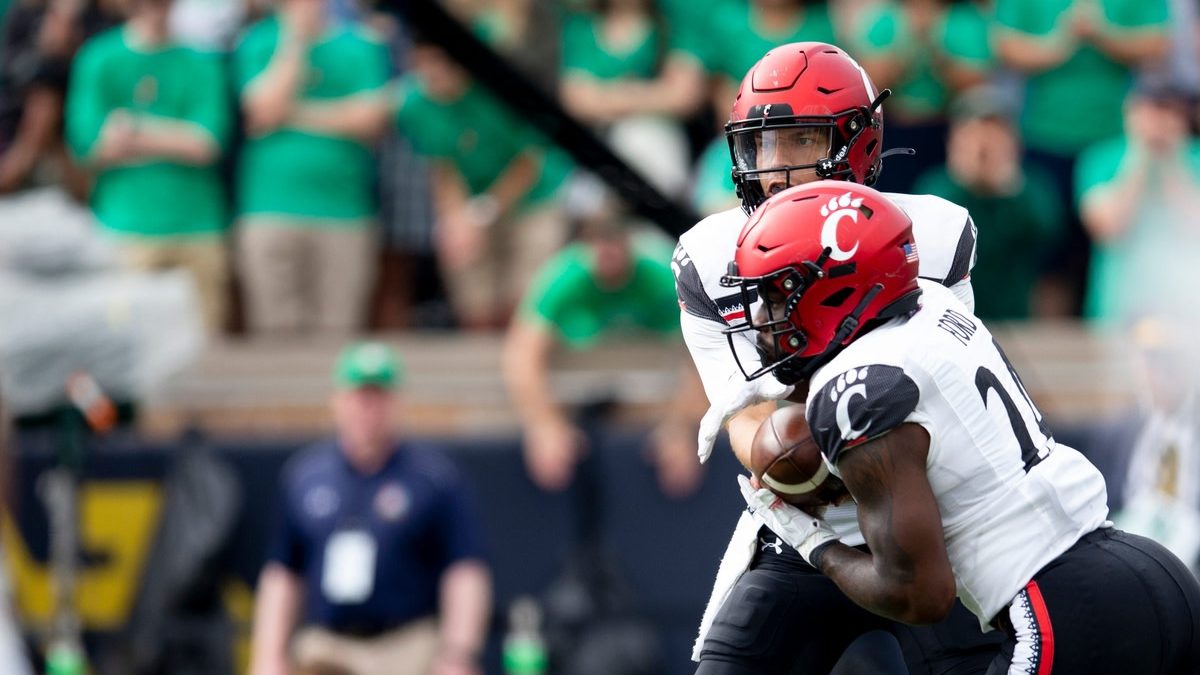 The Owls came into the season at the top of the charts, but two losses – one to Rutgers and an embarrassing 28-3 loss to Boston College – had some doubting whether they would recover. They did, however, easily taking down Wagner and Memphis. The Owls still aren’t a ranked team but have a shot against number-five Cincinnati today.

D’Wan Mathis has found his zone, and the former star Georgia quarterback has picked up 600 yards and five touchdowns in the Owls’ last two games. Any big plays for Temple today will happen because Mathis made them happen.

The Bearcats, however, are ready with a strong offense and defense that are both on fire. Beating Notre Dame last week 24-13 was a statement win, and there’s a real chance that the Bearcats will be seen in the postseason this year. Cincinnati hosts this game and hasn’t lost a home game in almost four years. The Bearcats are also perfect in the regular season since December 2019.

The fact that Temple beat Notre Dame says a lot, even if the team has had a few struggles this season. The Owls are more than ready to take on the Bearcats tonight, thanks to the arrival of Mathis, who just joined the school earlier this year. It’s not all on him, though, as the Owls also count on a number of veteran players that will help carry the team.

The Owls are going to have to be seriously ready on defense. They have given up an average of 30.2 points per game this season, and it has become obvious that the defensive secondary has been a little unorganized. Hopefully, that has been corrected this week. If not, the Owls are going to be run over by the Bearcats.

Temple’s latest win against Memphis was the result of a single, 53-yard screen pass that found its target. Credit Mathis for his precision, but without that, the Owls would have lost. The offense is coming together but won’t be able to win on big plays alone today.

The Bearcats have been on fire all of this year. The offense is able to make solid plays, and the defense is as strong as they come. The pass defense is among the best in NCAA football right now, keeping offenses to just three touchdown passes while picking eight.

Cincinnati will use the first quarter to get a feel for Temple, then break out starting in the second. From there, it’s likely that the Owls will have a difficult time moving the chains, with the Bearcats controlling the field and the clock.

The Bearcats have scored an average of 38.3 points per game this season while only giving up 14.5. The defense has 12 takeaways but also has seven giveaways. One or two unexpected possession changes today will be costly, but not enough to threaten the final outcome. Cincinnati’s offense is much stronger and versatile, which will help the Bearcats frustrate the Owls.

Three of the four wins for the Bearcats beat the spread this season. However, in the one game that they were favored by more than 29 points, they didn’t cover the spread. Two of the four games the team has played found the Over.

The Owls have covered the spread in two of their games, while two have also found the Over. Temple only has six takeaways this season and will have to focus heavily on its defensive performance. However, if it can put up the yards, it has a solid chance at a huge upset.

The Owls are 3-0 if they reach 400 or more yards, with its two losses coming from yardage under 400. However, according to the sportsbooks, there’s no chance the Owls will pull off the win.

This game seems completely lopsided but could still be a good contest. Temple has some real talent; however, they have to get the defense under control. The Bearcats, however, are already strong on both offense and defense and don’t need to make any major adjustments.

Backing Cincinnati on the moneyline doesn’t make much sense, but taking the Bearcats’ spread could be worth half a unit. Taking the Over on the Over/Under at about -110 is a good place to park a unit.