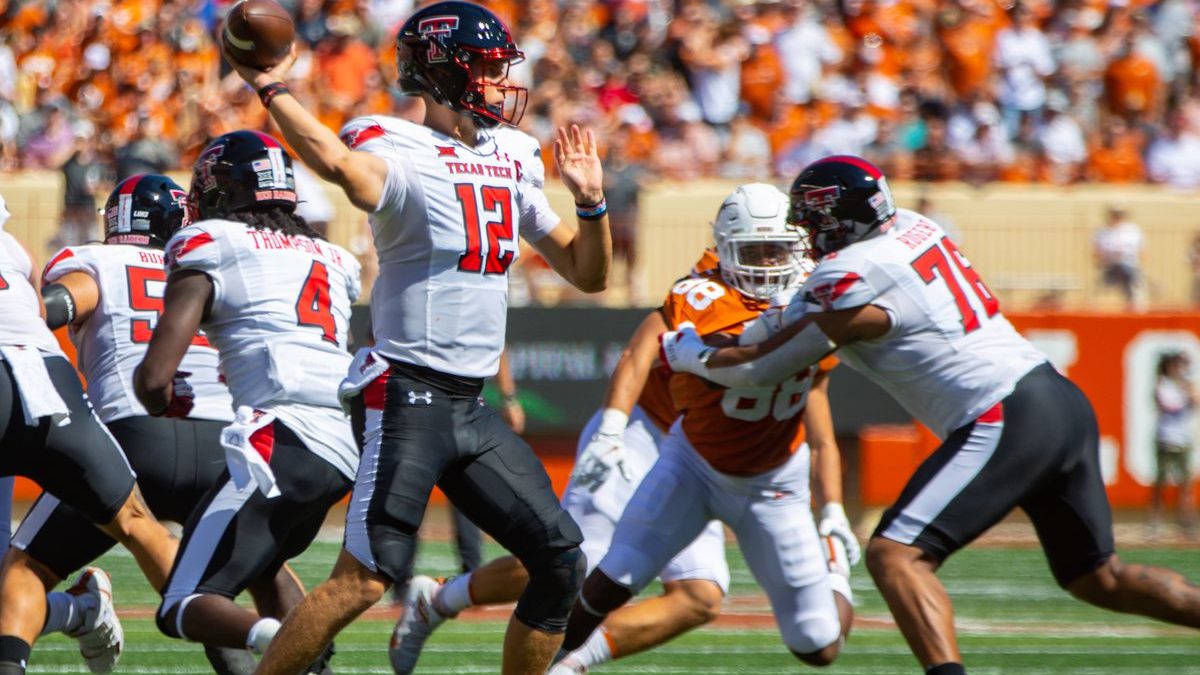 The Texas Tech Red Raiders have managed to climb up the standings. But, for the Red Raiders, staying away from higher positions is not a choice but a must. The Red Raiders are now ready to visit the Kansas Jayhawks at Allen Fieldhouse in Lawrence, Kansas, for a second showdown as Big 12 conference rivals.

The Red Raiders are not running on the most consistent numbers but have moved up in the national rankings. Texas Tech, now ranked eighteenth in the country, keeps a close eye on conference rivals to remain at the top of the conference standings.

The Red Raiders already achieved an unexpected win over the Jayhawks. Now positioned higher in the standings, the odds might just be leaning in their favor. Perhaps the Jayhawks need to look for that perfect gameplay combo they displayed on the court three weeks ago.

Texas will need to rely on guard Bryson Williams who leads the squad with 12.6 points and currently stands with a 52.0% field goal percentage. Kevin McCullar has also added 3.6 assists, 5.8 rebounds, and 1.7 steals per game.

The Red Raiders are not close to breaking any season mark. So far, the team ranks 142nd in the country with 73.9 points per game. They’re currently in 92nd place, with 38.1 rebounds per game.

So, Texas Tech might not be at the very front. Yet, they have proven to be more than capable of rising to higher conference standings.

Agbaji’s Jayhawks to Rely on Consistency

Kansas is 4-1 in their last five games. They are also 9-1 over their last ten matchups. Their numbers are no major issue. They will be facing the squad that handed them one of their only two defeats throughout the regular season.

Ochai Agjabi leads the squad with 20.4 points per game for the Jayhawks, followed by Dajuan Harris Jr. with 3.8 assists and 1.4 steals per game. On the defensive end, David McCormack has grabbed 6.8 rebounds per game, and Christian Braun has added 1.3 blocks per match.

The Jayhawks are not only leading the Big 12 Conference but have also managed to remain as the overall seventh-ranked team in the country. For the Jayhawks, it’s all about extending their almost flawless consistency as they seek a revenge win over their conference rivals.

The Jayhawks have all it takes to walk away with a solid win. The question is whether the Red Raiders will top their Kansas counterparts like they did three weeks ago. The total has gone under in eight of their last twelve games for Texas Tech.

As for Kansas, the total has gone over in eight of their last eleven games against Texas Tech.

The Jayhawks might be one of the most consistent squads in the country, yet Texas Tech is rising. Having surpassed their top conference rivals once throughout the regular season will give the Red Raiders a last-minute boost before tonight’s matchup.

Texas is now 5-2 in conference matchups, just one loss less than Kansas, which stands with a 5-1 record. The Red Raiders may have a chance, but they will have to power through the entire match to get a road win over one of the NCAA’s top teams.