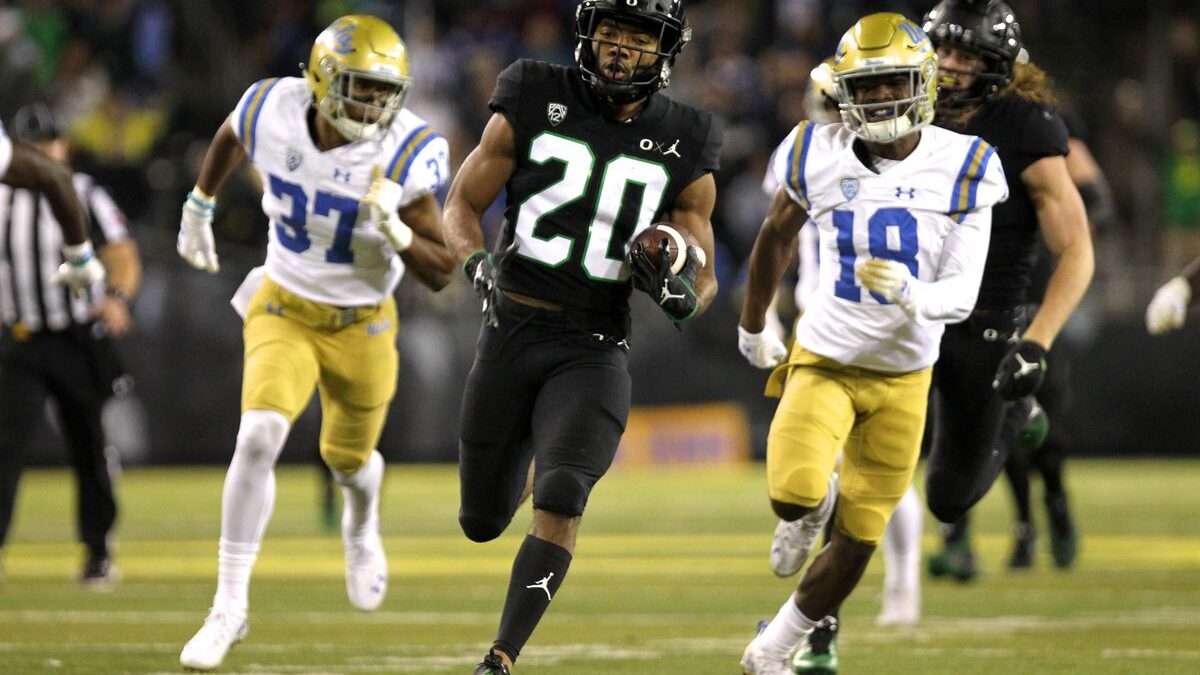 UCLA and Oregon are the only undefeated teams left as they sit atop the Pac-12 standings with identical 3-0 conference records. They are also two of the top-ranked teams in the latest AP Top-25 poll. The Bruins are 6-0 overall and sit at number nine in the country after their last victory against 11th-ranked Utah last weekend, 42-32.

Oregon has won five straight games since they were crushed in their opening game by the Georgia Bulldogs 49-3. They are currently ranked tenth in the latest national polls and kept their winning streak alive with a 49-22 win against Arizona in their last matchup. They also hope to add to their streak at Autzen Stadium, where they have won their last 22 games.

UCLA is sitting with a perfect record through six games because of their consistent offensive production this season. Other than their 32-31 home win over South Alabama, they haven’t had any problem with non-conference opponents.

They defeated Colorado and 15th-ranked Washington and were underdogs last week against Utah when they took a 42-32 win to remain undefeated in the Pac-12.

QB Dorian Thompson-Robinson is fifth in the country in QBR at 88.5 and has thrown for 1,510 yards, 15 touchdowns, and two interceptions to lead the Bruins’ offense. Senior Zach Charbonnet has 615 yards rushing and six touchdowns while averaging 7.1 yards per carry.

Jake Bobo is the top receiver for UCLA, with 24 receptions for 385 yards and five touchdowns on the season.

Since their disastrous opening game against Georgia, Oregon has been crushing teams with their offensive numbers. They won over BYU by 21 points and followed that up with an 18-point victory over Stanford.

Against Arizona, they were 13.5-point favorites before taking a 27-point win. The Ducks should also be well-rested for their next home game after a bye last week.

Senior quarterback Bo Nix has 1,526 passing yards in the first six games and has thrown for 12 touchdowns with three interceptions. He’s also tenth in the country in QBR at 85.8.

Bucky Irving has been a beast in the backfield for the Ducks, with 429 yards on 60 carries and two touchdowns while averaging 7.2 yards per carry. Troy Franklin is the top receiver for Oregon, with 27 catches for 429 yards and three touchdowns.

The problem for UCLA is that opponents don’t win on the road in Oregon. The Bruins are solid on defense, but Oregon has the weapons to play well against them.

They’ve given up 32 points in two straight games and now must face a fresh Ducks team that averages over 270 passing yards per game. Oregon is also limiting opponents to just 98 yards rushing per contest.