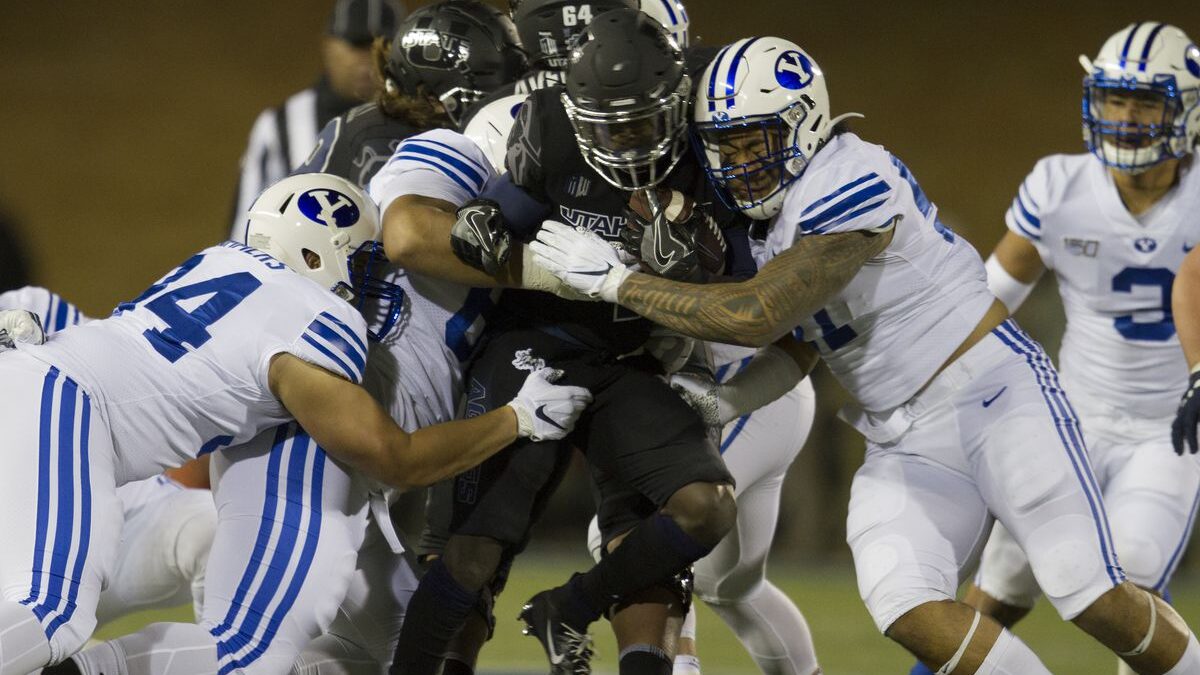 BYU and Utah State continue their rivalry tonight in Provo as the road team hopes to get its third straight win in the series. The 19th-ranked Cougars will face an opponent from the Mountain West Conference for the second time in less than a week after their victory over Wyoming 38-24. They have also won seven of the last ten matchups between these two teams.

The Aggies have lost three straight after their win over Connecticut in their opening game, 31-20. They lost their first conference game last weekend against UNLV 34-24 and are now 1-3 in the Mountain West Conference standings. Their defense must improve after giving up at least 34 points in the last three games.

Utah State has had major problems protecting the ball in their first four games. They had six turnovers last week against UNLV, with QB Logan Bonner throwing four interceptions in the loss.

Levi Williams replaced him in the fourth quarter and threw a pick of his own while going 7 for 10 for 67 yards. They also had eleven penalties for 93 yards on the day.

The starting QB for tonight’s game hasn’t been decided yet, as Bonner has thrown for 753 yards and six touchdowns with eight interceptions in the first four games.

Brian Cobbs is the one bright spot on the Utah State offense, as he has 18 receptions for 241 yards and one touchdown on the season. RB Calvin Tyler Jr. is the top rusher for the Aggies, with 292 yards on 78 carries and no touchdowns.

BYU rebounded nicely after its defeat against the Oregon Ducks two weeks ago and with a solid victory against the Wyoming Cowboys at home last Saturday. They were 21-point favorites but, in the end, came out on top by 14.

They should have had more points on the scoreboard after producing 525 yards but ended the game with 11 penalties for 109 yards, which slowed down their offense throughout the game.

Jaren Hall has been solid at QB this season for BYU and has thrown for 1,164 yards, nine touchdowns, and one interception. Christopher Brooks is the Cougars’ leading rusher with 204 yards and three touchdowns while averaging 5.4 yards per carry. As a team, they are averaging 457.5 yards per game.

Although the Cougars haven’t performed up to expectations this season, they are still a top 20 team and should come ready to play tonight.

They’ll take care of the recent problems with penalties and should get their second straight win impressively against their long-time rivals.

Godds Pick/Prediction: The Cougars win, and the total stays under.