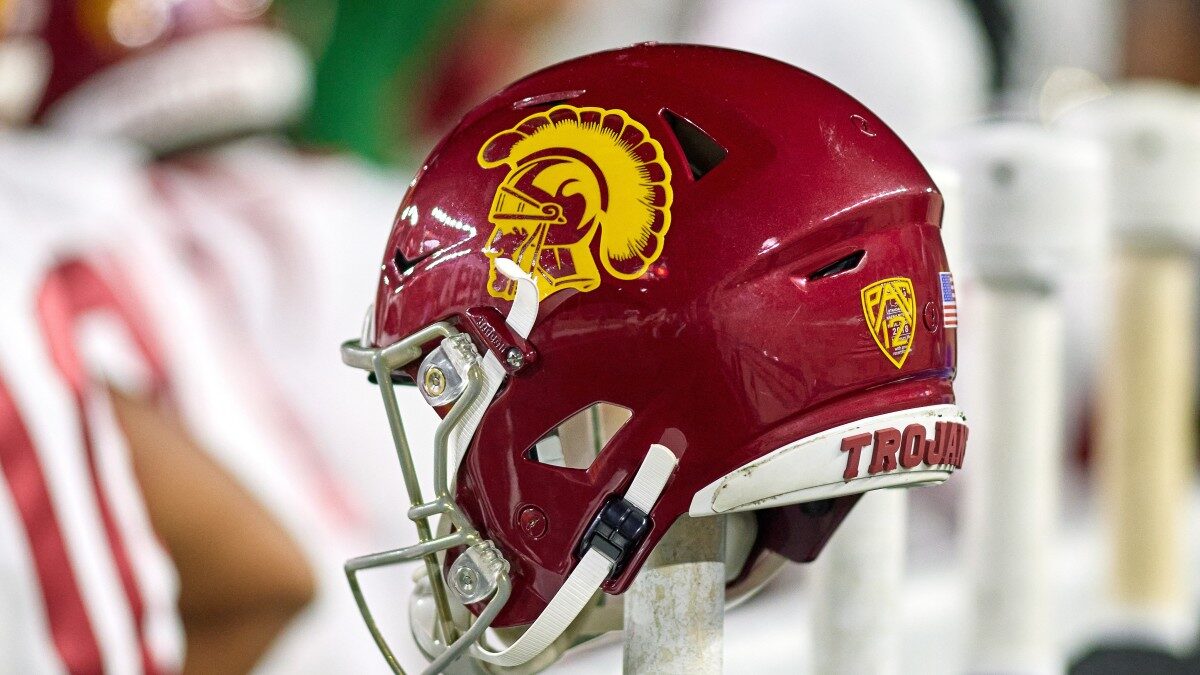 Utah will face USC in the PAC 12 Championship game from Allegiant Stadium on Friday night. The Utes will play in their second straight championship after beating the Oregon Ducks 38-10 in 2021.

Utah is 7-2 in the conference standings and is 9-3 overall. The eleventh-ranked Utes were on a four-game winning streak before being stopped by the Ducks 20-17 on the road two weeks ago.

The Trojans have been one of the hottest NCAAF teams in the country since their only loss of the season. They’re currently ranked fourth in the AP Top 25 and have won five straight games to now hold an 11-1 record. The last two weeks saw them get their biggest wins of the season over UCLA and Notre Dame.

The Trojans have gained momentum leading up to tonight’s game, which will determine whether or not the team will have a chance to play for a national championship.

Utes Hope For Repeat vs. Trojans

The Utes are looking to duplicate what they did in their 43-42 victory over USC earlier in the season. They are also fortunate to be in a position to win the conference championship with three losses on their record.

However, this team has been competitive in every contest this season. Their latest two defeats at the hands of UCLA and Oregon have been by a combined 13 points.

Cameron Rising has thrown for 2,629 yards with 22 touchdowns and seven interceptions and is tenth in the nation with an 83.2 QBR. Tavion Thomas is the leading rusher on the team with 687 yards and seven touchdowns, and Dalton Kinkaid is the best wide receiver for Utah with 66 receptions for 850 yards and eight touchdowns.

USC Seeks To Avenge Only Loss

The Trojans are suddenly in the national championship picture after former #2 Ohio State’s loss to Michigan last week. They find themselves in the rare position to not only avenge their only defeat this season but become one of the four teams to play for an NCAA Championship as one of the squads in the CFP Championship this postseason.

Sophomore Caleb Williams is the favorite to win this season’s Heisman Trophy and has thrown for 3,712 yards, 34 touchdowns, and three interceptions. His 86.8 QBR ranks him fifth among quarterbacks in the country.

Travis Dye has run for 884 yards and scored nine touchdowns while averaging 6.1 yards per carry, and Jordan Addison leads all receivers for the Trojans with 54 receptions for 810 yards and eight touchdowns.

The biggest difference for USC in this second matchup between these two teams is that the match is being played at a neutral site instead of the hostile environment of Rice-Eccles Stadium in Salt Lake City.

There may have been some concerns about the Trojans’ defense recently, but as long as they continue to force turnovers and Williams plays well behind center, they should come away with the win.

Godds Pick/Prediction: The Trojans win, and the total goes over.