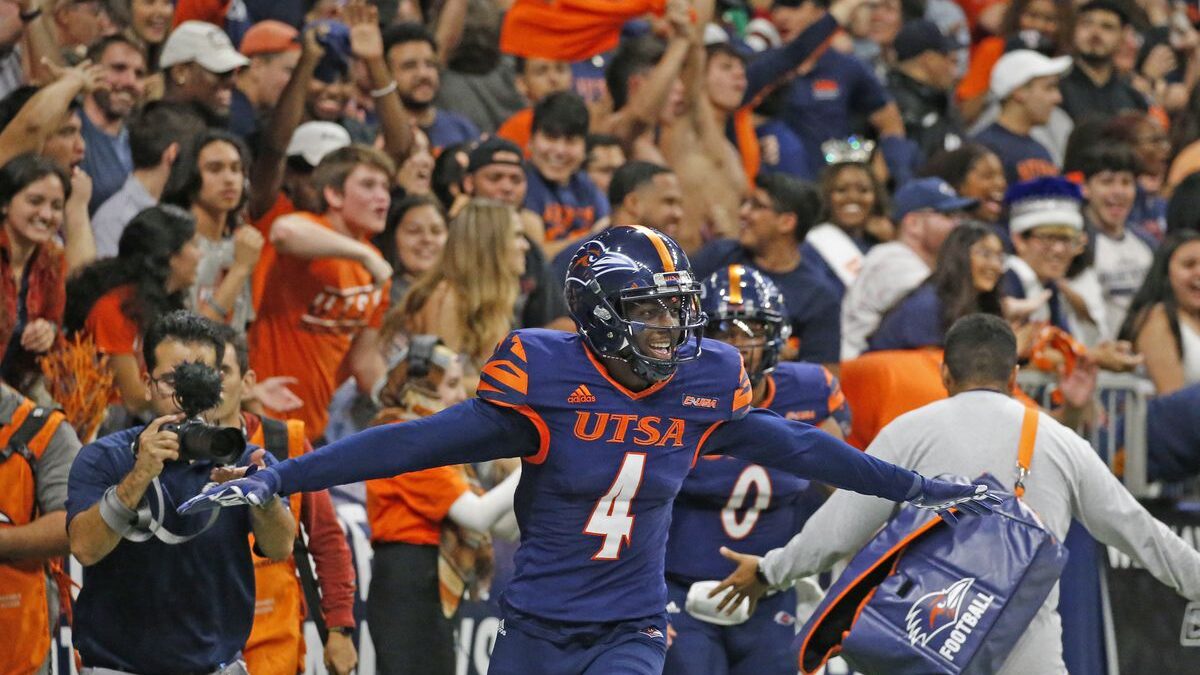 The UTSA Roadrunners are currently on a roll and intend to keep it that way. UTSA is now leading C-USA with an 11-2 record and is 8-0 in the conference standings. The Roadrunners had a mildly successful start to the season, yet they managed to straighten their performance quickly, and they are now attempting to remain on top.

The Roadrunners are all set to head to Exploria Stadium in Orlando to face the Troy Trojans this Friday afternoon. As for Troy, the team is now leading the West Sun Belt division. Troy has also managed to pull an 11-2 season record and an almost perfect 7-1 mark in Conference play. Troy also had a rough start in the first three weeks and, since then, has managed to remain the top seed in the conference.

Since a 41-20 loss against the Texas Longhorns, the Roadrunners have remained at the top of the conference standings. However, that was also UTSA’s last defeat.

This implies that the Roadrunners have gone 10-0 in their last ten games. Rivals such as North Texas, Rice, and UTEP have simply been unable to match the Roadrunners’ solid effort.

Frank Harris has assumed the QB role and is now at the forefront of the team. Harris is standing with 3,865 passing yards, and 31 touchdown passes.

The Trojans also took a couple of hits starting the season. But then, Troy fell against Ole Miss and Appalachian State. However, the story quickly changed for the Trojans.

As in the case of the Roadrunners, the Trojans also managed to pull ten straight wins and have remained undefeated since then.

Gunnar Watson has continued to lead the Trojans’ offense with 2,705 passing yards and 13 touchdown pass connections.

The team is now 8th in the league, with just 17.5 points given up per contest. That places the Trojans as having a solid defense. With the clash of two solid teams that haven’t lost in the last ten weeks, expectations are high to keep numbers perfect. However, the Roadrunners may have the advantage in this matchup.