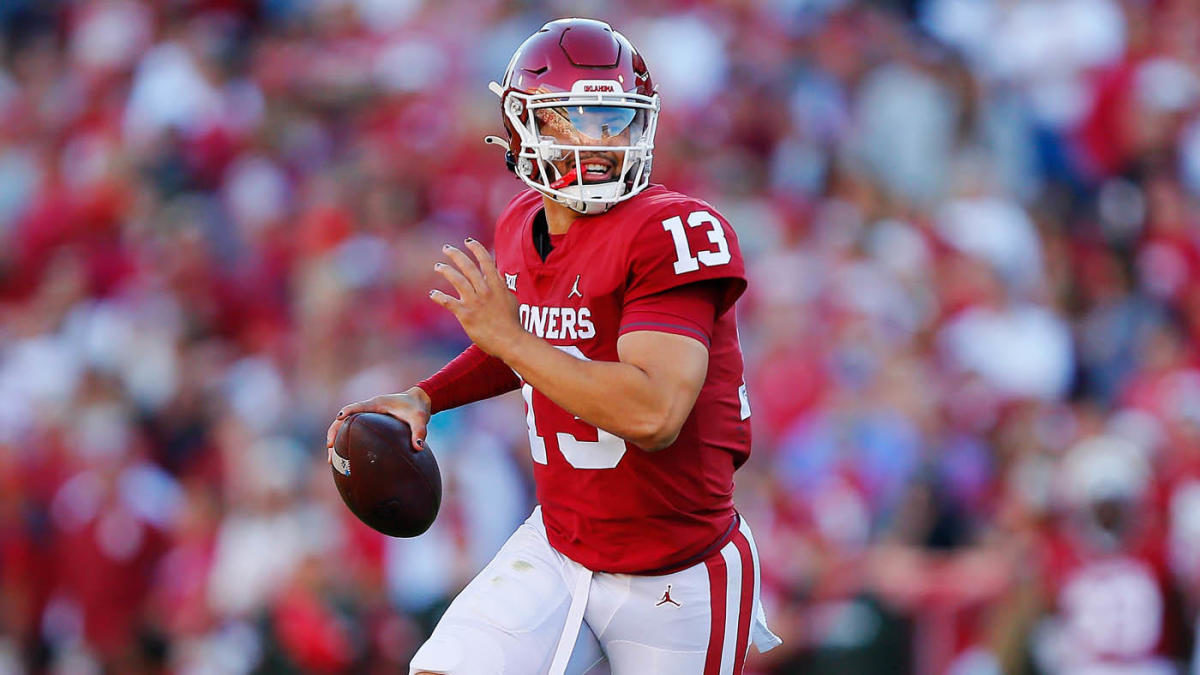 NORMAN, OK - OCTOBER 30: Quarterback Caleb Williams #13 of the Oklahoma Sooners smiles as he finds tight end Austin Stogner #18 open for a touchdown as he is pursued by linebacker Riko Jeffers #6 of the Texas Tech Red Raiders in the fourth quarter at Gaylord Family Oklahoma Memorial Stadium on October 30, 2021 in Norman, Oklahoma. Oklahoma won 52-21. (Photo by Brian Bahr/Getty Images)

As the semifinal stage approaches, bowl season features the top teams that remained at the end of the NCAA’s 2021 season. This year’s Valero Alamo Bowl will feature the 14th-ranked Oregon Ducks against the 16th-ranked Oklahoma Sooners at the Alamodome in San Antonio, Texas.

From season stats, it isn’t clear which team is better before tonight’s matchup, yet one thing is for sure; a taste of top NCAA talent will be featured in this clash between the Pac-12 North and the Big-12 Conference.

It seemed like a win over Ohio State would allow the Ducks to go through the 2021 regular season confidently. Their two losses to the Utah Utes would end up taking a toll on an almost perfect season.

A crushing 38-7 road loss to the Utes on November 20 and an unsuccessful 38-10 home defeat against Utah just thirteen days later proved that Oregon’s defense wasn’t only deficient but opened the debate as to how their offensive production was consistent throughout the regular season.

The Ducks will need to rely on QB Anthony Brown, who finished the season with 2,638 passing yards for 15 touchdowns, and RB Travis Dye, who added 1,118 yards and 15 touchdowns.

In terms of passing and rushing yards per game, Oregon produced 214.8 and 203.2, respectively. This is far from being ranked in the top in either category, but enough to have kept them among the top seeds.

The Sooners finished the season with two losses. The squad took their first defeat 27-14 to Baylor and later returned home to win a solid 28-21 over Iowa State.

The Sooners realized their misstep against Baylor had been somewhat of a preview to their 37-33 loss to the Oklahoma State Cowboys, which took away their championship hopes. Oklahoma might still look more than a bit ambitious as they go for a win in their last game of the season.

Oklahoma will now rely on QB Caleb Williams, who led the team with 1,670 passing yards, and RB Kennedy Brooks with his top-ranked 1,111 rushing yards. However, the Sooners’ more impressive numbers come from a per-game perspective. They average 265.4 passing yards and 176.3 rushing yards per contest.

It’s unclear which squad truly has the edge as game time approaches. The game total went under in four of the last five games for Oregon. The total also went under in nine of the previous 11 games for Oklahoma.

The Ducks’ overall individual performances don’t quite stack up against the Sooners’ overall per-game numbers. However, Oklahoma’s last season push has given them an advantage over Oregon.

The Ducks had two chances to surpass the same rival quickly, yet could not apply any visible opportunities that could have propelled them to the championship stage. So if an edge is clear, the Sooners might just have it on their side.
Godds Pick/Prediction: Sooners to win and the under hits.