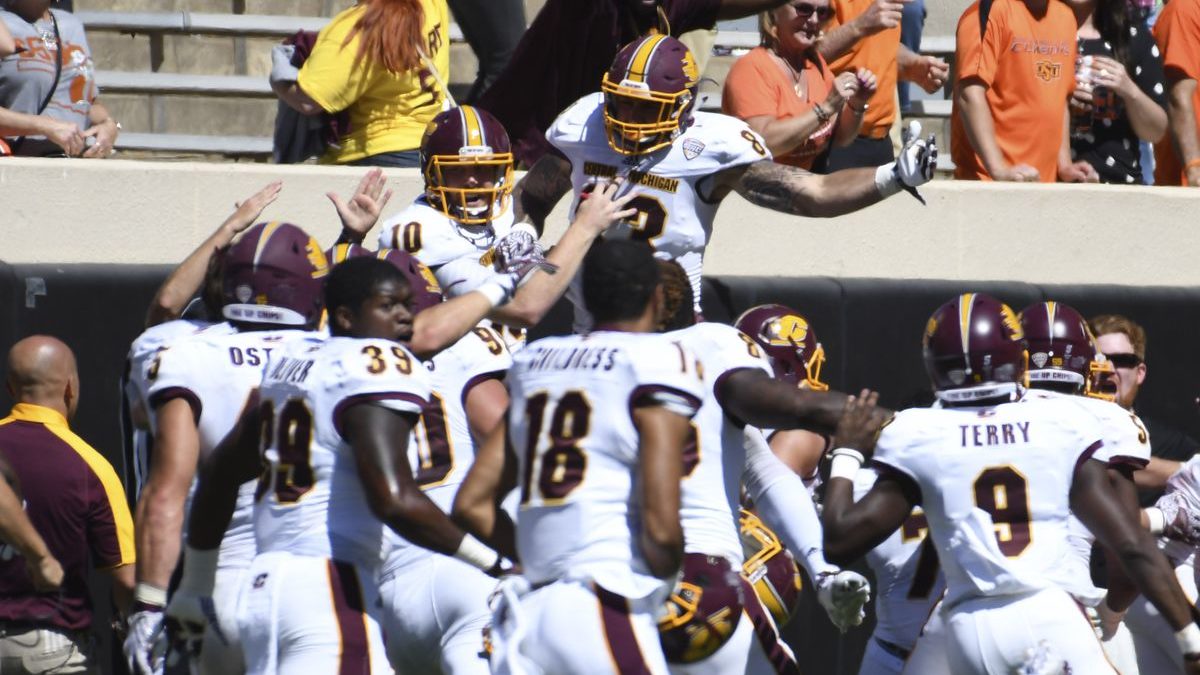 The Central Michigan Chippewas are ready to get back to action for the official 2022 NCAA season. The Chippewas finished the 2021 season with a solid record and were second overall in Mac West.

Like other schools, Central Michigan is ready to start the season with expectations of fighting for a championship. The Chippewas are all set to visit the Oklahoma State Cowboys at Boone Pickens Stadium in Stillwater on Thursday.

As for the Cowboys, the story is quite similar. However, Oklahoma State expects to lead as it did in 2021. The Cowboys finished the 2021 season with an 8-1 record and were first overall in the Big 12 Conference.

Surpassing expectations took tremendous effort, and Oklahoma State is attempting to do the same this year. The Cowboys are ready to give their all and make the most of every chance they get to fight for a national championship.

Richardson’s Chippewas After a Solid Start

In early August, Central Michigan confirmed they would be holding on to their starting quarterback, Daniel Richardson, who has big expectations for the 2022 season.

Over the last six years, five teams have achieved a conference championship in the Mac West. According to expert predictions, the Chippewas are the second-best seed.

That is what Central Michigan will attempt to change. Starting QB Richardson finished the 2021 season with 2,633 yards and 24 touchdowns. Repeating the same feat this year is objective number one. Surpassing it is number two.

The Cowboys stand in the top 20 among teams with the highest odds of winning a national championship. However, within that 20-team filter, the Cowboys are still near the bottom.

To analysts and experts, schools such as Notre Dame, Georgia, Texas, Miami, and Michigan are well above them, which is what Oklahoma State is now trying to change.

With Spencer Sanders returning to his second season as starting quarterback, chances are high for the Cowboys to reach the top again. Sanders finished the 2021 season with 2,839 yards and 20 touchdowns.

Undoubtedly, the Cowboys are all set to win their first game of the season.

They finished last season with four wins in their last five games, with the loss coming against the Baylor Bears for the Big 12 Conference Championship. After that, Oklahoma State would rise at the Fiesta Bowl with a 37-35 win over the Notre Dame Fighting Irish.

This year, it seems as if the Cowboys might be ready to give their all and fight for a National Championship. The stage is all set, as it looks like the start of a winning season for the Cowboys.