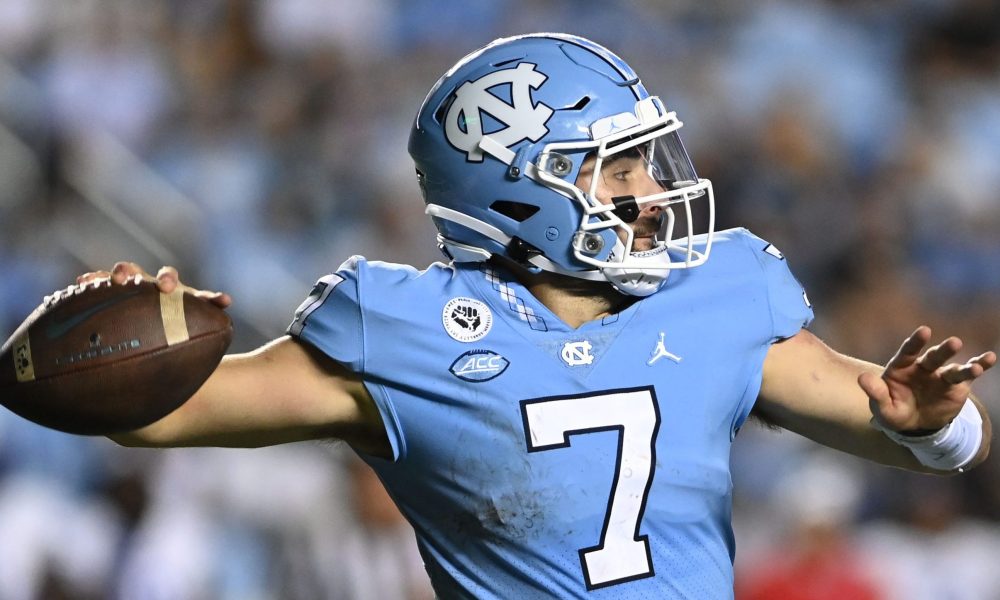 Just one day before the NCAA Football Semifinal stage is played, more Bowl games continue to top the headlines, and now it will feature a state classic between two even squads looking to make the most out of their last game of the year. The North Carolina Tar Heels will face the South Carolina Gamecocks for this year’s edition of the Duke´s Mayo Bowl at the Bank of America Stadium in Charlotte.

For both squads, more than just playing their last official game for 2021, today’s matchup will allow either one to break away from an even 6-6 season record. Tar Heels finished fifth overall in ACC – Coastal, while Gamecocks topped the fourth spot of the SEC – East, yet none were able to make it past the regular-season phase and advance into the final stage of NCAA qualifiers. Still, much is expected from both squads and their last chance to prove which team can stand out in a last-season Bowl faceoff.

In their last regular-season game, the Tar Heels were simply unable to outperform the NC State Wolfpack, even after dominating throughout most of the game. The Tar Heels were up 30-21 starting the fourth quarter thanks to two successful 21-yard and 51-yard field goal attempts by Grayson Atkins.

Still, it was NC State that left the Tar Heels stunned with two successful 64-yard and 24-yard touchdown connections by lead QB Devin Leary and Emeka Emezie. This all happened in less than 30 seconds. Then, with 26 seconds left on the clock, the Heels simply found themselves with no time to respond.

That is exactly what North Carolina wants to avoid. To do so, they will need to rely on lead QB Sam Howell’s offensive drive. He finished the season with 2,851 passing yards and 23 touchdowns. RB Ty Chandler will also have to add to North Carolina’s offensive efforts and add to his 1,063 total rushing yards for the season.

It was on November 27 when South Carolina had the last chance to face the Clemson Tigers at their home field. Yet, the result was far from what any squad member would have expected and crushed all efforts the school had made to reach the final NCAA stages.

The Tigers walked away with a solid 30-0 win over the Gamecocks. For South Carolina, playing on their home field and in front of their home crowd, the result couldn’t have been worse. In brief, it was just a disaster in terms of both offensive and defensive production for the Gamecocks, and the overall number 23-seed was simply able to take advantage of every chance they had to score.

The Gamecocks were not as efficient on the offensive end as they would have wanted to throughout the season. Lead QB Luke Doty topped out with a total of 975 passing yards, while RB ZaQuandre White finished the season with only 583 rushing yards.

The Tar Heels are arriving at Charlotte with an evident edge given their last regular season performances. North Carolina´s offensive front, averaging 259.9 passing yards and 219.8 rushing yards per game, compared to South Carolina’s 197.8 passing yard production and 122.7 rushing yards, far exceeds regular-season efforts made by the Gamecocks. With odds in their favor, the Tar Heels should be able to pocket their upcoming Bowl matchup.