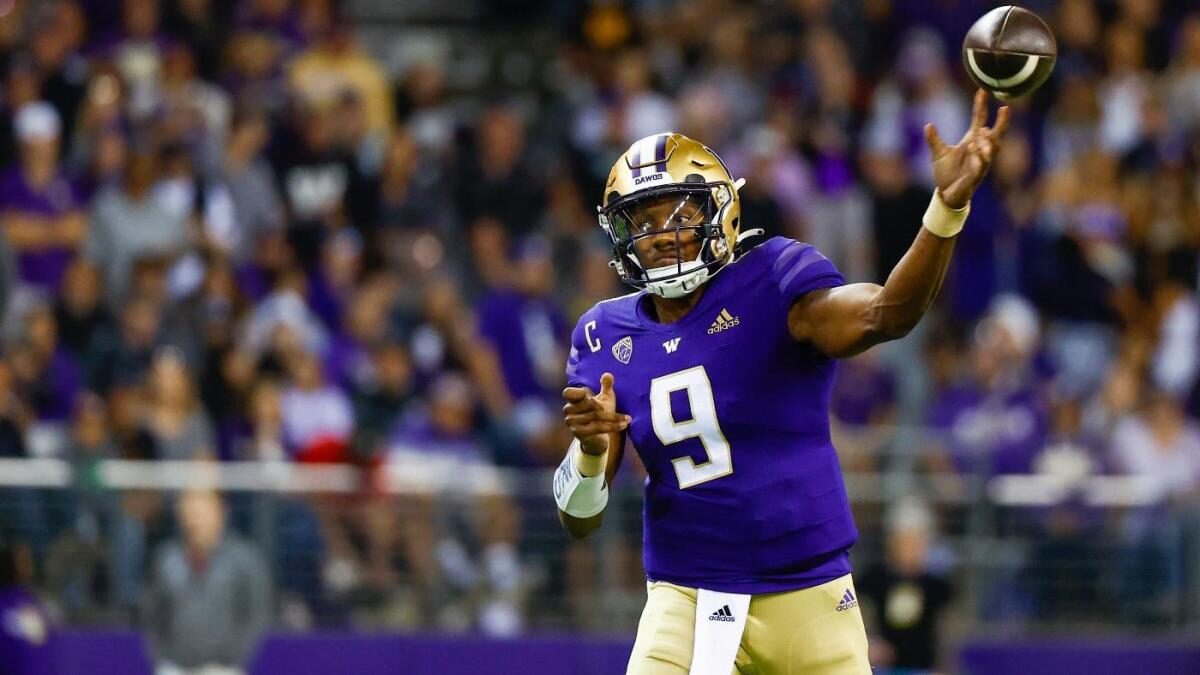 The Washington Huskies are currently at the top of their game. With a 4-0 record, undefeated, and 1-0 in the conference standings, the Huskies have had more than just a solid start to the 2022 NCAA football season.

The Huskies are ahead of teams such as USC, Utah, and their rival for this Friday night. The Huskies are ready to head to the Rose Bowl and face the UCLA Bruins tonight.

As for the Bruins, the numbers are just as bright in California as they are in Washington. UCLA remains undefeated and ready to keep fighting for the top conference spot.

Only USC stands between the Bruins and the Huskies, and an additional conference win would allow any of the three teams to take over the lead conference spot.

Back in October 2021, the Huskies were unable to overcome the Bruins. However, UCLA took a solid 24-17 road win against Washington at Husky Stadium.

However, this year might be different for Washington. The Huskies have scored at least 39 points in every one of their last four victories, with 52 points the highest so far.

Top players such as QB Michael Penix Jr. and Jalen McMillan have ensured the Huskies stand with a solid offense. Penix Jr. is now leading Washington with 1,388 passing yards and 12 touchdowns, while McMillan is now leading with 367 yards receiving and three touchdowns.

The Bruins have recently added Colorado to their victim list. Still, Bowling Green, Alabama State, and South Alabama all stand as the Bruins’ most recent victories. So far, UCLA has not won without scoring less than 32 points.

The Bruins are now attempting to remain as close as they can to top rivals such as USC and the Huskies, who have also experienced a solid start to the 2022 season.

For the Bruins, Dorian Thompson-Robinson has remained the leader of the team throughout this initial phase of the season. Robinson is now standing with 896 passing yards and eight touchdowns.

The Huskies are looking for their fifth straight win and revenge against the Bruins. Washington is now number one in the country with 368.8 passing yards per game. The Bruins are in the 30th spot with 287.8 passing yards and still looking to enhance their offensive numbers.

After surpassing Portland State with a 52-6 win and 45-22 victory against Kent State, there are now questions about if Washington is the stronger team in tonight’s matchup. However, with home-field advantage, the Bruins still have a chance to face the Huskies and remain undefeated this season.