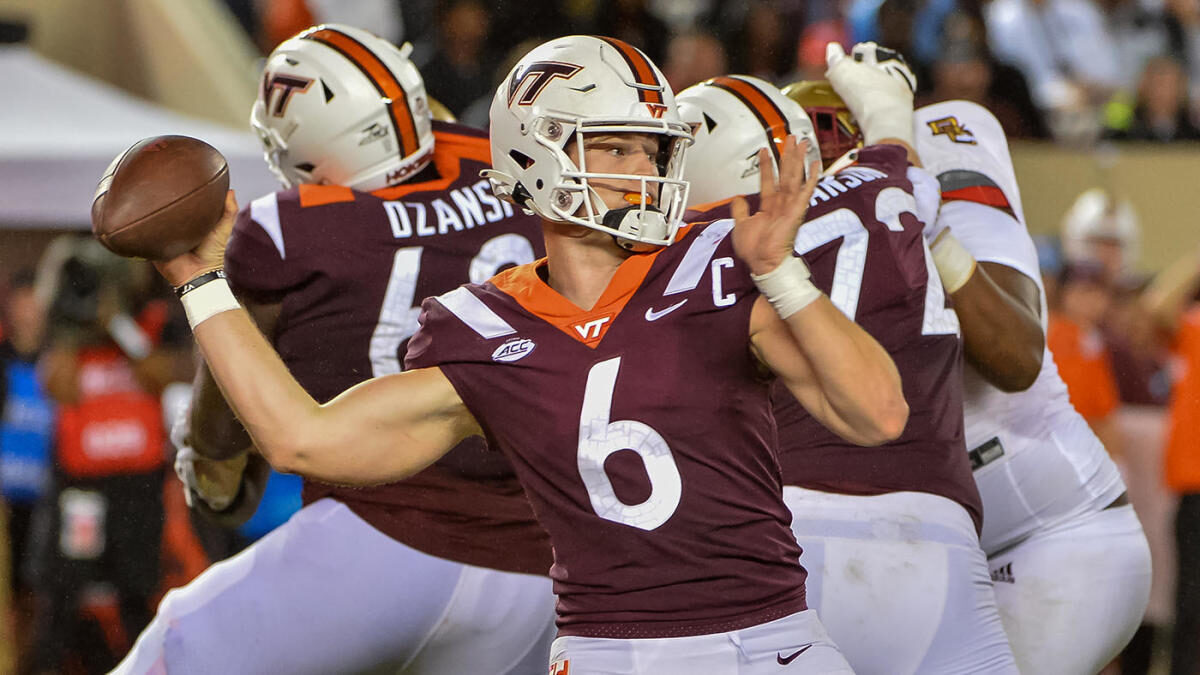 The West Virginia Mountaineers have not had the greatest start in the official 2022 NCAA football season. The Mountaineers are now standing with a 1-2 record and at the bottom of the Big 12.

West Virginia is now prepared to face the Virginia Tech Hokies at Lane Stadium this afternoon. For Virginia Tech, the start of the current 2022 campaign has been a success.

The Hokies are now 2-1 at the top of the ACC. That puts the Hokies in an ideal spot, especially now that they will face their rivals with home-field advantage to aim for their third win of the season.

Daniels’ Mountaineers After a Quick Recovery

The Mountaineers did not have an ideal start to the season. West Virginia could not prevent a 38-31 defeat against Pitt in the opening game.

For West Virginia, JT Daniels has remained an essential piece during this initial phase of the season. The lead quarterback now stands with 753 passing yards and six touchdowns throughout three games.

The Hokies had a tough start against Old Dominion. However, Virginia Tech could not prevent a 20-17 defeat against the Monarchs. However, that opening game pushed the Hokies to change.

Against Boston College, the Hokies finished with a 27-10 win. Days later, Virginia Tech faced the Watford Terriers to pull a 27-7 victory.

That has set Virginia Tech in the right direction, and a handful of key offensive players have stood out for their outstanding effort. Grant Wells remains the lead quarterback for the Hokies with a total of 651 passing yards and four touchdown connections.

With another win, the Hokies would get their third straight win and would be able to make the most of every upcoming game to rise to the challenge.

The Hokies are also 5-5 in their last ten games and will not only have home-field advantage on their side but also winning momentum that could continue building up.

The Mountaineers are ready to head to Virginia Tech and straighten their path in the current season. West Virginia is now 5-5 in their last ten games and 1-2 in their first three games to start the season.

With hopes of better results, West Virginia looks strong for today’s faceoff. However, Virginia Tech’s 2-1 record might set them above the Mountaineers.