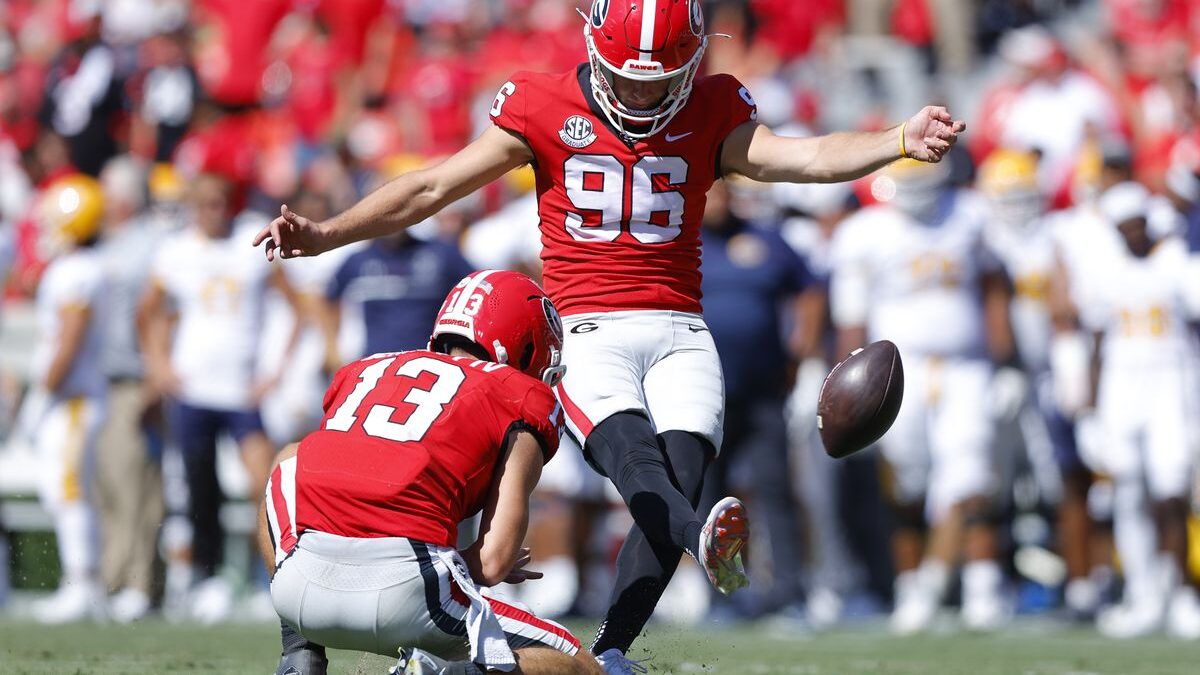 The Georgia Bulldogs and Missouri Tigers meet in a South Eastern Conference showdown. The Bulldogs look to stay undefeated while the Tigers hope to even their conference record.

Georgia and Missouri will meet in Week 5 of the college football schedule for an early conference clash at Faurot Field in Columbia. The Bulldogs are the top-ranked team in the country but had a tough time last week as they beat Kent State 39-22 in a game in which they were favored by 45 points.

Missouri is coming off a tough loss to Auburn in overtime last week on the road. They had two opportunities to come away with the win but fell short.

They missed a short game-winning field goal at the end of regulation and then fumbled at the goal line when trying to score the winning touchdown in the extra period.

Georgia Looks To Repeat In 2022

Georgia has its sites set on a second straight National Championship this season, although the team lost 15 players from last year’s squad. Their performance in the first four games has them on the right track as they prepare for their second conference matchup of the season. However, Heisman Trophy candidate Stetson Bennett struggled last week, throwing no touchdowns and an interception against Kent State.

The strength of this team is on defense, where the Bulldogs have allowed an average of eight points per game to start the season. Although they average 42.3 points on offense, last week’s performance showed that strong defense could cause them to make mistakes, which is what Missouri hopes to do tonight.

Missouri was shocked after last weekend’s 17-14 overtime loss but hopes to stay consistent on the defensive side if they wish to have another chance at an upset against Georgia. They have one of the top-ranked defenses in the country and have been successful in limiting points when their opponents are threatening to score.

Missouri’s Luther Burden is one of the best wide receivers in the nation but may not have a chance to go up against the Georgia defense as he’s questionable for today’s game with an undisclosed injury he suffered last Saturday.

He’s first in the SEC with 376 yards on 21 receptions. However, the Tigers will need much more than just his production if they hope to pull the upset tonight.

Although the Bulldogs struggled last weekend, don’t expect to see the same today against Missouri.

Georgia still has the skill on the defensive line to dominate a Tigers offense that hasn’t protected the pocket very well this season. Missouri is also 1-5 against nationally-ranked opponents under coach Eli Drinkwitz.

Godds Pick/Prediction: The Bulldogs win, and the total stays under.