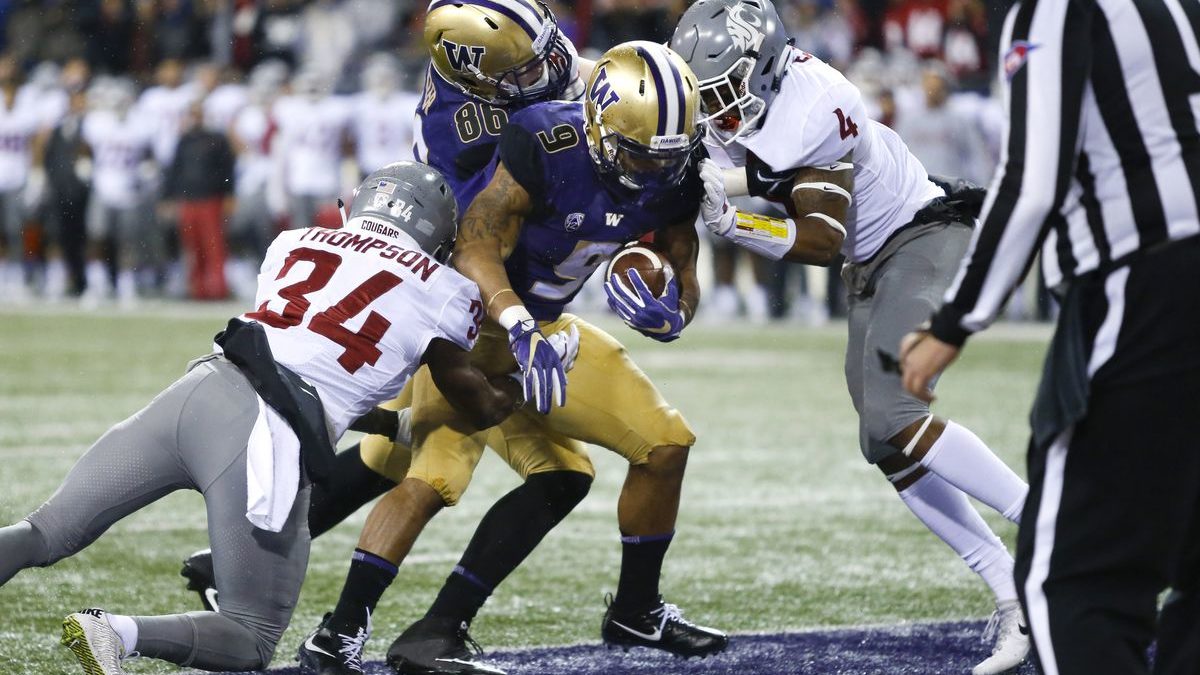 Washington State is ready to take on Washington in the annual Apple Cup matchup that will affect the current standings in the Pac-12 North.

The second-place Cougars will travel to Seattle to face the Huskies after coming off a very important win against Arizona. They will be challenging a team that has been struggling recently with three straight losses.

These two have not seen each other on the football field since 2019. Now they’ll have a chance to share the field once again as the Huskies have won the last seven matchups. This time around, the Cougars are in the midst of a winning season and look to avenge those losses.

The Cougars have the perfect chance to overcome a very long streak of losses against the Huskies in the last seven years. Washington State has been able to achieve success in some of its key players’ abilities. QB Jayden de Laura has 2,506 passing yards so far this season, and RB Max Borghi leads the team in rushing with 751 yards.

WR Calvin Jackson Jr is the receiving leader with 887 yards. The Cougars come into this matchup averaging 5.1 more points per game than their opponents. It will be up to the offense led by de Laura and their wide receiving corps to move the ball down the field as they’ve done all season if they want to close this chapter in the series with a win.

The Huskies are set to take on their Cougar counterparts at home and bounce back from a 3-game losing streak that has them near the bottom of the PAC-12 North. Their record at home hasn’t been favorable lately as they’re 2-6 in their last eight games at Husky Stadium. However, they have been dominating the Cougars in this series and hope to extend their streak.

According to the team numbers, the Huskies have not performed very well,, which has gotten them into trouble after a very painful loss against the Oregon Ducks a few weeks ago.

The Cougars are having a very good season so far, as they are 5-2 overall in their last seven games.

It’s evident that Washington State has improved a lot recently but still has had a lot of issues getting wins while playing on the road. In their last 11 games as a visitor, they have a 3-8 record.

The Huskies, on the other hand, show historical dominance against the Cougars at home, where they have won six straight games.

Washington State is coming for the win and will get it on the road and have a special motivation to get the revenge they haven’t been able to achieve for quite some time now.

It’s the perfect time for the Cougars to come and beat the Huskies at their home field and turn around their record in this rivalry.