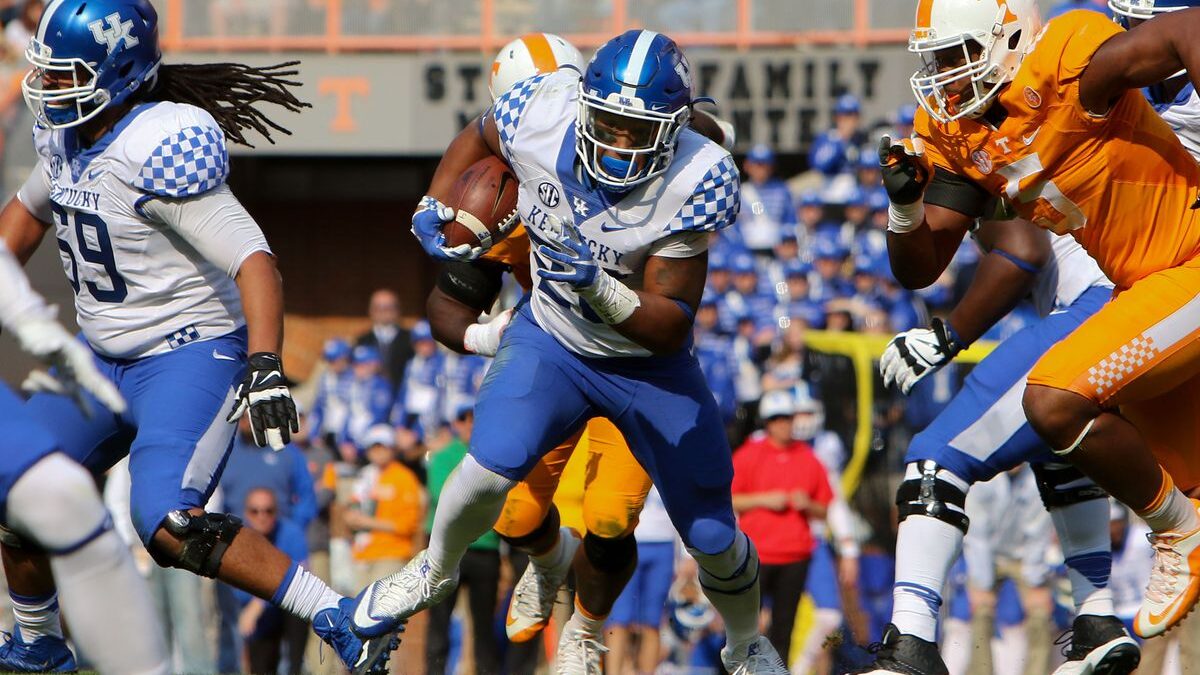 The Kentucky Wildcats visit the Tennessee Volunteers Saturday night. Kentucky needs a win to move up in the standings, but Tennessee is perfect this season.

Kentucky and Tennessee battle tonight in an important SEC matchup from Neyland Stadium.

This is the first time these teams will face each other as nationally-ranked opponents since 1951. Kentucky is 5-2 on the season and is second in the SEC East. They’re also ranked 19th in the country but have lost two of their last three games. The Wildcats were idle last week after their upset of 16th-ranked Mississippi in their previous contest.

Tennessee has been one of the biggest surprises in NCAA football in 2022 and is looking to win the SEC title. Kentucky will be the fifth nationally-ranked opponent the Vols will face so far, with number-one Georgia awaiting them next week.

Tennessee is ranked number three in the country with a 7-0 record and is tied with the Bulldogs at the top of the conference standings.

This is only the third road game for Kentucky, where they are 1-1 after beating the 12th-ranked Florida Gators in Gainesville and losing to Ole Miss by three points.

Since losing two straight, the Wildcats came back in their last contest to beat number 16 Mississippi State 27-17. A win against Tennessee won’t be an easy task but would mean a lot as they approach a matchup with undefeated Georgia in three weeks.

QB Will Levis has thrown for 1,635 yards and 13 touchdowns with five interceptions this season for Kentucky. His favorite target through the air this season has been Tayvion Robinson, who has 25 receptions for 392 yards and three touchdowns.

Chris Rodriguez Jr. leads the Kentucky ground attack with 395 yards and three touchdowns and is averaging 5.5 yards per carry.

Tennessee is having its best season in several years and hasn’t played for an SEC title since 2007. They also haven’t won an SEC championship since 1998.

The Vols are ranked first in the country in total offense and scoring and are the second-ranked passing offense. They also have one of the top quarterback-wide receiver tandems in the nation and should have no problem moving the ball against the Kentucky defense.

QB Hendon Hooker is the offensive leader for Tennessee with 2,093 yards and 18 touchdowns, and just one interception on the season. Jaylen Wright leads the Volunteers’ rushing attack with 405 yards and four touchdowns, and Jalin Hyatt is the top wide receiver with 40 receptions for 769 yards and 12 touchdowns.

Neither team is battling many injuries, with the biggest name to watch being the Wildcat’s Tayvion Robinson, who is questionable for tonight’s game with a leg injury. Kentucky ranks 14th in the country in total defense but will have a lot on their plate tonight.

They must force the Vols to turn the ball over if they hope to have a chance at pulling the upset on the road against the country’s top offense.