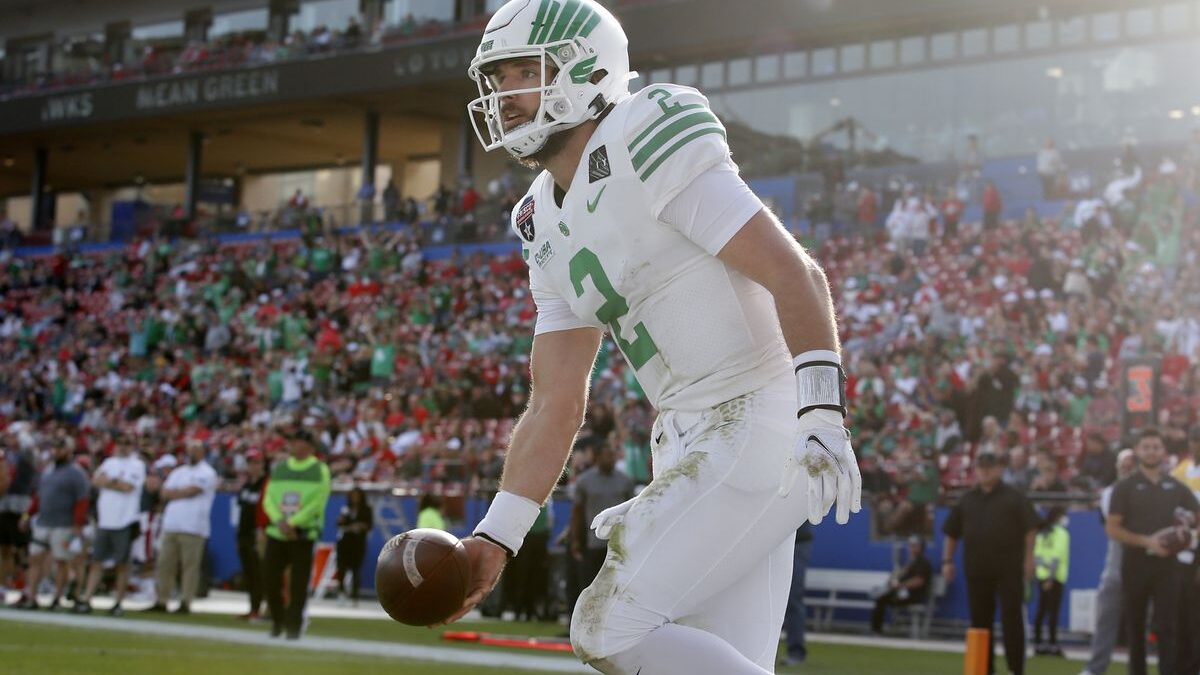 The North Texas Mean Green is all set to head to Toyota Stadium and face the top Mountain West seed, the Boise State Broncos, tonight.

The North Texas Mean Green seems to be headed in the right direction. The Mean Green are now standing with a 7-6 record, and this has proven sufficient to remain as a top seed in the C-USA.

So far, North Texas is third overall in conference standings and still looking to climb higher. The Mean Green is now ready to head to Toyota Stadium to face the Boise State Broncos tonight.

As for Boise State, the story is indeed just a slightly bit brighter. The Broncos are now leading the Mountain West Conference thanks to a series of solid performances.

Boise State is now standing with a 9-4 record and looking to keep taking it to the next level. Now the Broncos are all set to face the Mean Green this Saturday night.

North Texas has failed to find consistent streaks this season. The positive streaks it has had have not been consistent enough to leave a good impression.

The Mean Green pulled off solid wins against teams such as UTEP and Texas Southern, yet has also taken hits against Louisiana Tech and Rice.

The Mean Green have all the talent they need to keep climbing conference sports. For North Texas, Austin Aune remains the leader of the offensive line with 3,309 passing yards and 32 touchdown pass connections.

The Broncos have had solid winning streaks throughout the season. At some point, Boise State managed to pull off a four-game winning streak against teams like the Air Force, Fresno, San Diego State, and Colorado State.

However, these streaks have always been interrupted by losses, as well. This now brings the count to a total of four defeats over the entire season. BYU, Oregon State, and UTEP have had the opportunity to face the Broncos and surpass them.

As Boise State looks to remain at the top of Mountain West standings, the team will need to continue to trust its offensive line. Lead QB Taylen Green is now leading the Broncos with a total of 1,905 passing yards and 13 touchdown pass connections.

The Broncos are now 11th in the league with only 18.5 points against, which means their defensive line has become key to their late success. Although the Mean Green are looking strong for tonight’s game, there is no question the Broncos have an edge to finish with a victory.