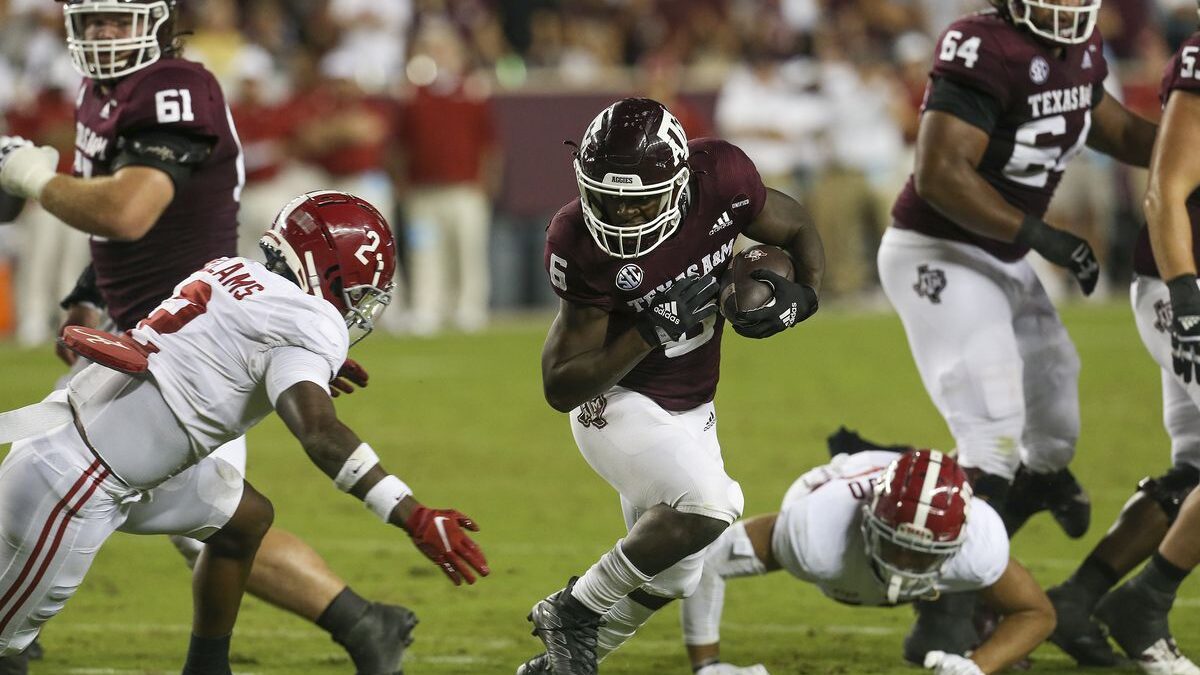 The Texas A&M Aggies face the Alabama Crimson Tide at Bryant-Denny Stadium tonight as they prepare to meet one of the top teams in the nation.

The Texas A&M Aggies are still in the process of rising during this initial phase of the current 2022 NCAA Season. The Aggies are now fifth in the SEC West Conference with a 3-2 record. and a 1-1 conference record.

However, there is still much room for Texas A&M to improve, especially knowing that only two teams in the SEC West have reached the two-win mark in the conference. Nevertheless, the Aggies are ready to go to Bryant-Denny Stadium and face the Alabama Crimson Tide tonight.

Much is expected from the Crimson Tide, and the team has responded. Alabama is now undefeated with a 5-0 record. They are 2-0 in conference games and looking to keep a solid mark. The Crimson Tide is simply living up to what was accomplished in prior years and expecting to fight for the championship again this season.

Johnson’s Aggies After a Quick Recovery

The Aggies are still marching with a solid record. However, last week, Texas A&M took a hit against a top rival that pushed them down to the fifth spot in the conference standings.

The Aggies tried to match up against Mississippi State. Yet, the Bulldogs ultimately pulled a 42-24 win, leaving the Aggies with an even 1-1 season record and still looking to rise.

Max Johnson and Haynes King have played in equal opportunities as QB and offensive leader. Johnson is now standing with 517 passing yards and three touchdowns, while King has just seven yards less and an equal number of touchdowns.

Young’s Crimson Tide & Its Second Rally for the Championship

The Crimson Tide has known what it is to be at the top for quite some time now. Alabama is again leading the SEC West standings with an undefeated record of 5-0 and is 2-0 in conference matchups.

There’s no question that having key players such as Bryce Young on the offense has been key, but that championship tradition remains and seems almost unstoppable.

Young now leads the Crimson Tide with 1,202 passing yards and fourteen touchdowns. For most experts, this might be Young’s year to make it to the Big Four and the National Championship game again.

The Aggies are 24th in the country with 17.8 points against, proving Texas A&M still has some defensive technique in its lineup. However, the Aggies will now face one of the top teams in the nation.

The Crimson Tide is now seventh overall with 251.4 rushing yards, sixth with 48.4 points per game, and fifth overall in the country with just 11 points against.

There is no question that the favorite to take tonight’s game is the Crimson Tide as Young attempts to lead Bama back to another NCAA Championship.

Godds Pick/Prediction: The Crimson Tide win, and the under hits.