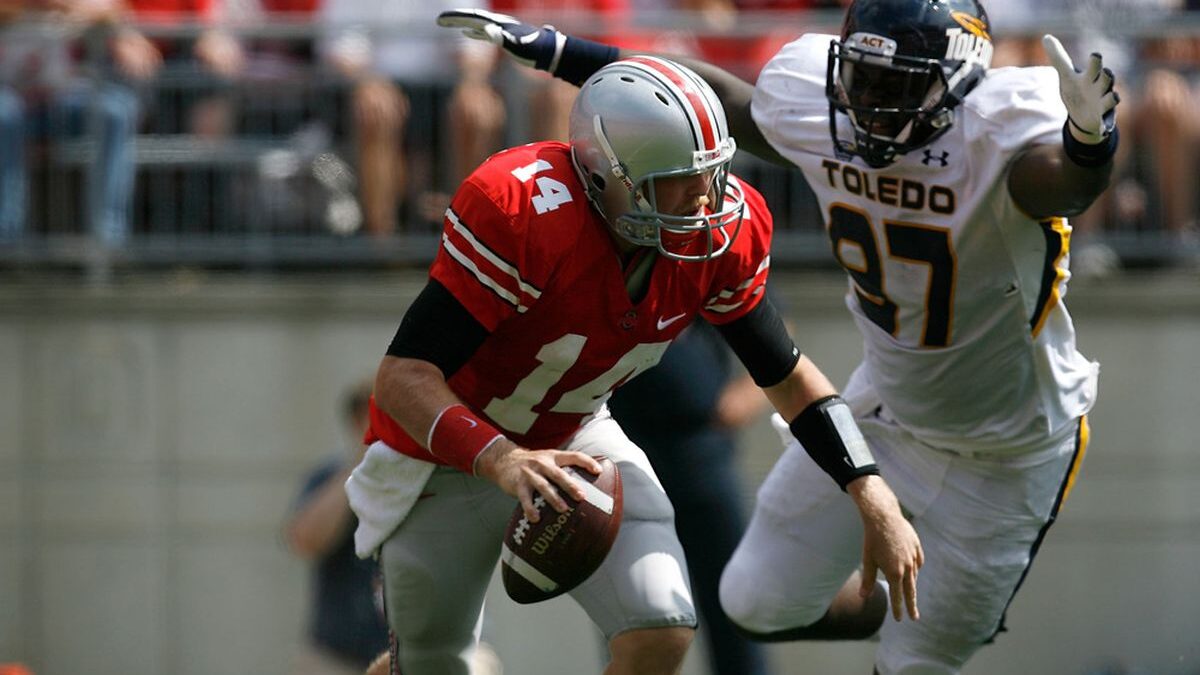 The Toledo Rockets and Ohio State Buckeyes put their undefeated records on the line tonight. The Rockets face a tough opponent in the Buckeyes.

Toledo and Ohio State meet for the first time since 2011 at the Horseshoe as both teams look to extend their undefeated records.

The Rockets are coming off two straight wins at home against LIU and UMass. They led at halftime 28-7 on their way to a 55-10 victory last Saturday at the Hall of Fame Game at the Glass Bowl.

The Buckeyes are at their usual spot near the top of the national rankings, currently No. 3 behind the Georgia Bulldogs and Alabama Crimson Tide.

The team had six touchdowns in their non-conference victory over Arkansas State last week in their second of four straight home games to start the season. They open their Big 10 schedule next week against Wisconsin.

Toledo’s defense has been dominant in its first two games, giving up ten points last week after shutting out Long Island in their first matchup.

They have also been impressive on offense, gaining 848 yards while holding their opponents to just 366. Opponents are also averaging 2.8 yards per carry against the Rockets’ defense. However, things will be different for them tonight as they face one of the best teams in the nation.

QB Dequan Finn has been impressive in his first two games for Toledo, throwing for 388 yards and two touchdowns, and is 20th in the country in QBR at 82.2. He’s also rushed for 238 yards and three touchdowns.

The Rockets’ defense is giving up five points per game over their first two contests, which will change tonight as they won’t face this level of competition for the remainder of the season.

Buckeyes Look To Dominate Against Rockets

The last time these two teams played in 2011, the Buckeyes escaped with a 27-22 victory at home. They hope to make a statement tonight against Toledo and show why they are one of the country’s best teams.

Unfortunately, the Rockets will be outclassed in this matchup against their in-state rivals, as the Buckeyes will likely put this game away early.

Ohio State QB C.J. Stroud has played well in the first two games, throwing for 574 yards and six touchdowns with no interceptions, and his QBR of 90.1 is sixth in the country.

Sophomore RB Treveyon Henderson is averaging 7.1 yards per carry and has rushed for two touchdowns, and Marvin Harrison Jr. has 12 receptions for 240 yards and three touchdowns to lead the receivers.

The Rockets are 4-2 against the spread in their last six games, and the total has gone over in six of their previous seven games.

Ohio State is 1-4 against the spread in its last five games, and they are 8-0 in the previous eight games at home.

Ohio State should win this game by a comfortable margin. However, the Rockets will try their best not to turn this game into a blowout as they play in front of a national audience.

A decent showing against a team like the Buckeyes would be great for recruiting future talent, but that seems very unlikely in tonight’s contest, as the score will probably be ugly for Toledo at the final whistle.