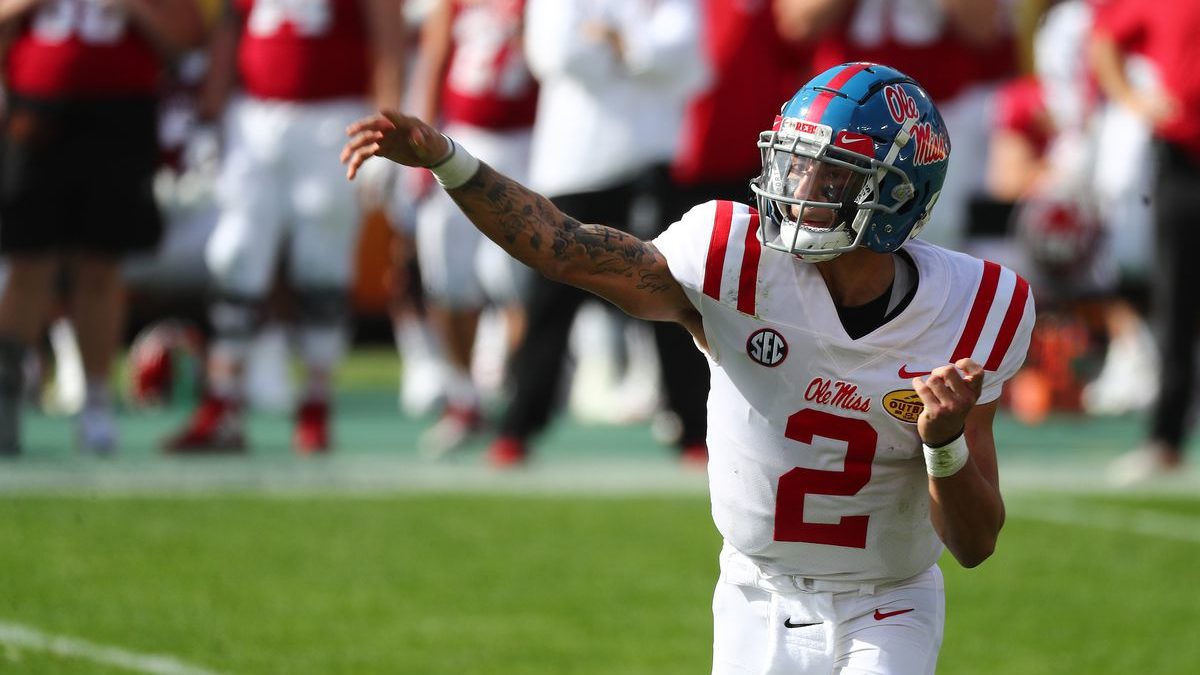 The Tulane Green Wave are on the road to face off against the Ole Miss Rebels for the first and only time this season.

The Ole Miss Rebels find themselves ranked No. 17 in the country with wins over the Louisville Cardinals (43-17) and Austin Peay (54-17). While these wins are nothing that pops at you, head coach Lane Kiffin has to be pleased with the start his team has gotten off to and the play of his Heisman candidate quarterback Matt Corral. Heading into the contest against Tulane, the Rebels are 14.5 point favorites to secure a win at home.

In the win over Louisville, Corral was strong, throwing for 381 yards and a touchdown with no interceptions. Things continued against Austin Peay as he threw for 281 yards and a whopping 5 touchdowns. In the season, he continues to catch the eyes of the voters for a chance at the Heisman.

Ole Miss features a high-speed and very efficient offense that has the ability to put points on the board in a hurry. Tulane has a strong offense on end, so if they can throw some points up, Ole Miss will have an answer right away.

The offense is usually the headline when you talk about the Rebels, but the defense has been solid enough not to affect much. The pass rush is the best this team has to offer, and they have been solid in defending the run, which doesn’t make this group a huge liability but work still needs to be done if they hope to push Alabama for the SEC.

Tulane has been widely inconsistent with kicking off the season and finds themselves at 1-1 in the early going.  They pushed the Oklahoma Sooners to the brink in their opener but came up short 40-35 before turning around and dominating Morgan State 69-20. If this team could put together any consistency, we could be talking about this game differently.

While the Rebels have one of the most high octane offenses in the nation, Tulane has just the right amount of firepower to keep up in this game. This is the game they need to take advantage of putting it all together. Despite being on the road, this could be a great Saturday matchup.

The Green Wave features an excellent defense with a strong pass rush and is one of the better teams at making a stand on third down. Getting pressure and making Corral uncomfortable will be a crucial focus for this team.

Thanks to the experience and a team that has been through it all over the last two weeks, it should be more than capable of handling the atmosphere they are heading into. Tulane will hang around in this game more than most think.

These two teams have quite the history as this will be the 73rd meeting between them. Tulane was once a former team of the Southeastern Conference. Some of the Rebel wins have been vacated, but the Rebels lead the series 70-15-2 and have won 11 straight games dating back to 1989. When playing at home, Ole Miss is 12-2 over Tulane.