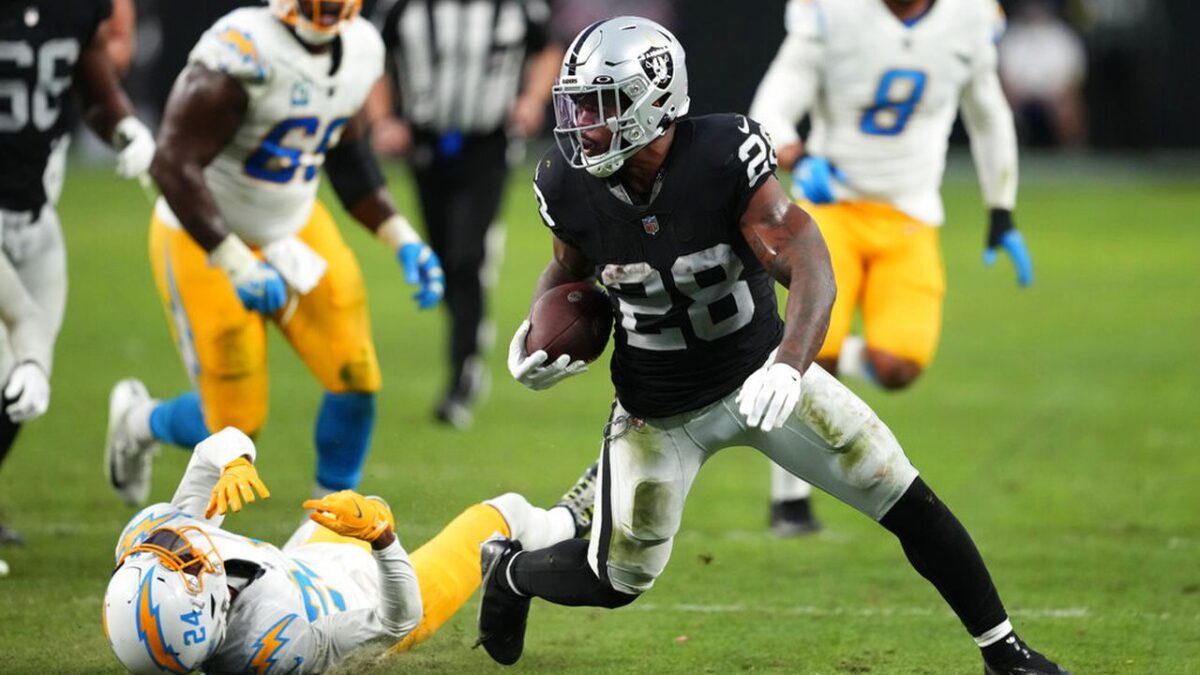 The Las Vegas Raiders are starting to pick up the pace and are ready for their next challenge. The Raiders are now fourth overall in the AFC West Division with a 5-7 season record.

The road to the playoffs is quite far, but the Raiders might just have a chance if they remain consistent through what remains of the regular season, including their upcoming game in LA.

The Raiders will head to SoFi Stadium and face the Los Angeles Rams tonight. The Rams’ disappointment comes from how the current NFL champs have performed in recent games. The Rams are at the bottom of the NFC West with a 3-9 record.

The possibilities that prevailed through the beginning of the season to conquer two straight championships have vanished. However, the Rams still have time to at least finish the season with some luck on their side.

The Raiders have not had an ideal season but are quite far from it. However, with three straight wins, Las Vegas has proven that there is still a lot in them to fight for higher ground.

That could translate to the playoffs. However, the Raiders must almost guarantee that every game, starting tonight, ends in a victory.

For the Raiders, Derek Carr remains the offensive leader with a total of 2,980 passing yards and 20 touchdowns. Davante Adams has also contributed with 1,176 receiving yards and 12 touchdowns.

It’s too late for the Rams to make a comeback, as Matthew Stafford and Cooper Kupp became the dynamic duo that gave the Rams a distinct gameplay level and style last season. That dynamic has been off throughout the entire 2022 season. Now, with Stafford out due to injury, things are getting worse.

With only a handful of games left, the Rams are officially out of playoff contention this year. For the Rams, Stafford was the top QB, with 2,087 passing yards and ten touchdown passes. The Rams have brought in Carolina Panthers cast-off Baker Mayfield, but it’s too late for him to turn things around for the team.

The Raiders are now 2-5 in road performances and are ninth overall in the league with 241.5 passing yards and 24.3 points per game. The team might not have the ideal balance between offense and defense, but it could have enough to dominate a depleted Rams lineup.

LA’s 2-5 home record matches that of the Raiders. With no other major mark to back up their efforts, the Rams might have entirely lost hope for what could have been a solid 2022 season.