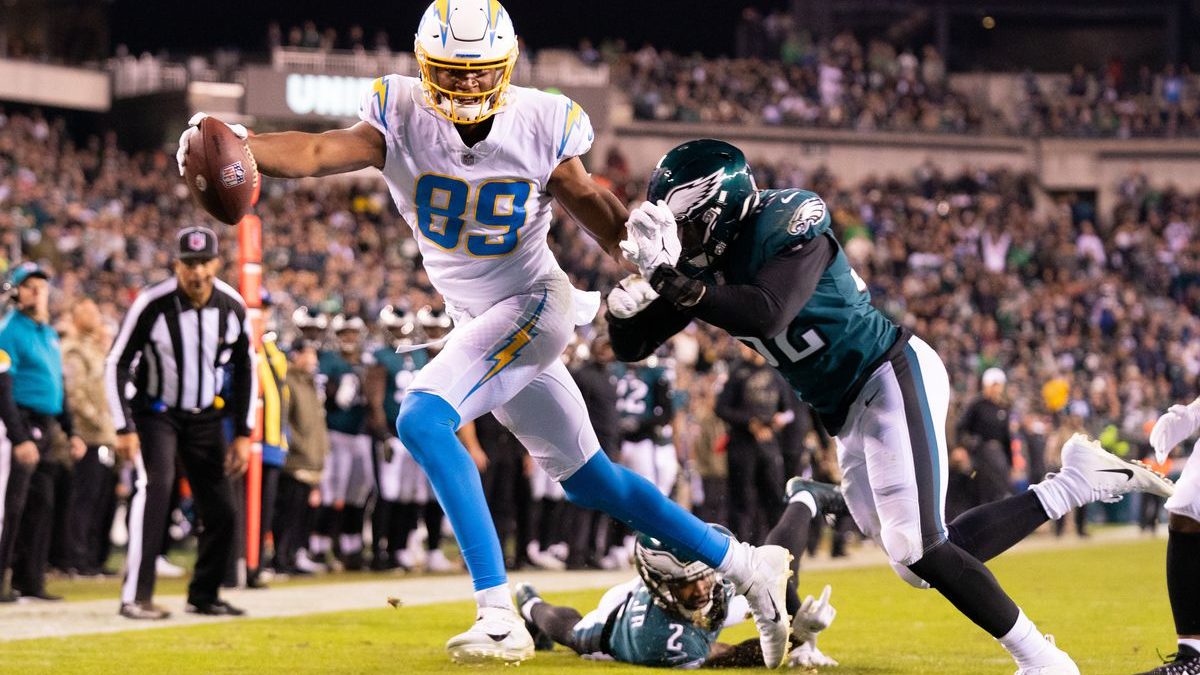 These two teams have not seen each other on the football field since October 2017, in a game that the Eagles won by a score of 26-24.

With both teams placing second in their corresponding division, they have had considerable success within this season. They are looking to continue to improve their game as the first stage of the season starts to narrow down.

The Chargers had a solid start by getting the most wins in the beginning but have experienced some hiccups recently by losing to the Baltimore Ravens and the New England Patriots. The Eagles have not shown consistency; they still have a record of 3-5 so far regardless of their expected performance and the consolidation of this new era in the organization.

Second-year QB Justin Herbert has taken the Chargers organization for a spin in what are some of the strongest starts the team has had in years. The young QB has accumulated 1,994 passing yards, with a top-10 ranking in TDs at 16.

The improvement Justin Herbert displayed this season has been all around and is no longer a secret for the rest of the league.

Herbert now has a big responsibility to drive the Chargers team to the comeback as they need to regain the confidence they had earlier this season.

An invitation has been sent to attend the Eagles’ next special appointment when they host the LA Chargers in a game they need to win. They want to prove to themselves that the issues they have been going through during this season have been only a process of adoption for their current roster and a symptom of the changes that happened before the start of this season.

The Eagles have deposited all their trust to the young QB Jalen Hurts, who has a significant amount of yards passing the ball and leads his team in the rushing game with 432 yards moving the ball on the ground.

With WR DeVonta Smith also on his side, already with 421 yards, the Eagles’ offense is looking to continue to pound on opponents using both its rushing ability and aerial game to build the wins and establish itself more consistently in the conference.

The Chargers are coming into this game with two losses in a row, while the Eagles have recently picked up a demolishing win against the Detroit Lions.

The Chargers are coming for the hunt; they need to fix the bleeding from their most recent results and have a sense of urgency to maintain a position in the upper part of the standings.

Herbert continues to up his game as the experience piles up, and the team will also continue to show how their game gets better every time the ball starts to move. Being one of the top scorers across, it should be no problem to cover the tight spread for Herbert this time.

Godds Pick/Prediction: LA Chargers to win the game and cover the spread; the total goes over.