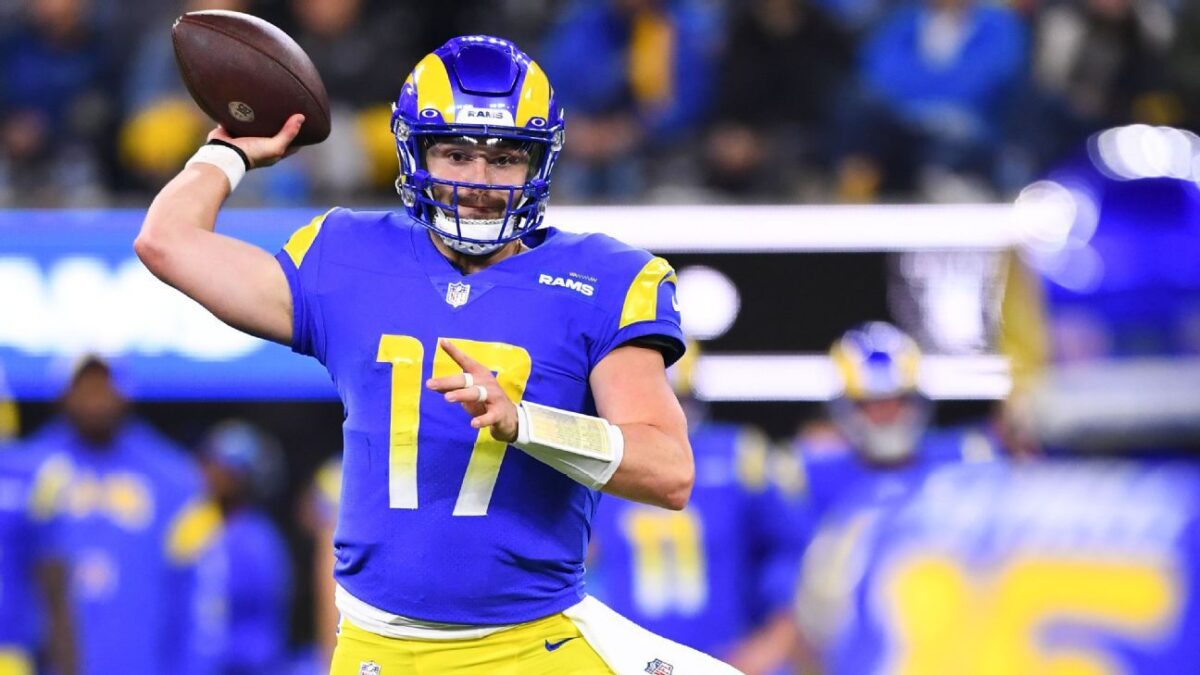 The Rams and Packers meet tonight in an NFC clash as both teams sit outside the playoff picture in the conference. LA is 4-9 on the season and is third in the NFC West standings. They had a streak of eight six straight losses until they beat the Las Vegas Raiders 17-16 to begin Week 14 last Thursday night. They seek their second two-game win streak of the season against a struggling Packers squad.

Green Bay started the season 3-1 but has now lost seven of its last nine games. Last week, they picked up a 28-19 victory against the Chicago Bears, their second road win this season. Their 5-8 record has them in third place in the NFC North as they hope to go over .500 at home this season.

The Rams have played well defensively all season, giving up just 22.8 points per game, but have had one of the worst offenses in the league this season. LA is 31st in yards per game with 283 and points with 16.8. They’re hoping newly acquired quarterback Baker Mayfield can lead them to their second straight victory after their come-from-behind win against the Raiders.

Starting quarterback Matthew Stafford was recently placed on injured reserve or the Rams with a spinal contusion but won’t require surgery. He led the team with 2,087 yards and ten touchdowns with eight interceptions. Cam Akers is the team’s leading rusher with 376 yards and four touchdowns, and Cooper Kupp leads all receivers with 812 yards and has six scores.

Green Bay broke a two-game losing streak with their win over the Bears in Week 13 and is coming into this game well-rested after their bye week. Aaron Rodgers reports that he’s as healthy as he’s been all season, and the Packers’ offense will have several more pieces returning from injury. Green Bay is still in the playoff hunt in the NFC but will probably need to win all of their remaining four games to get there.

Rodgers has thrown for 2,864 yards and 22 touchdowns this season with nine interceptions. Aaron Jones is the leading rusher with 847 yards and two touchdowns, and Allen Lazard is the top receiver with 620 yards and has reached the end zone five times.

The Packers come into this game with more depth at wide receiver and will have both running backs healthy for the first time in several weeks. They’ve also averaged 31.6 points in their last three meetings with the Rams. Aaron Donald is questionable for LA tonight, which could mean a lot less pressure in the pocket and more time for Rodgers to throw.