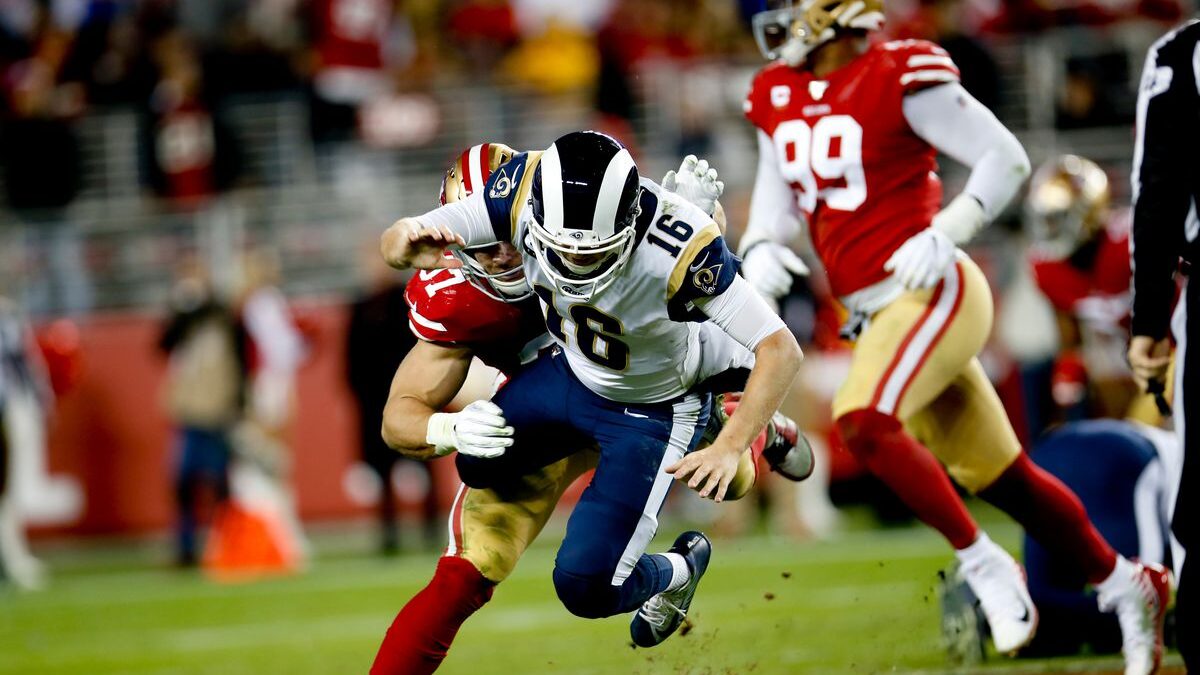 The Los Angeles Rams are still aiming for glory. The team has not had the best start to the 2022 NFL season, yet it’s too early to determine if the unit will not continue to have solid performances.

The Rams are now first in the NFC West with a 2-1 season record and are ready to face one of their closest California rivals in Week 4. The Rams are prepared to head to Levi’s Stadium and visit the San Francisco 49ers tonight.

As for the 49ers, the story is quite different. They are now at the bottom of the NFC West Division behind the Arizona Cardinals and the Seattle Seahawks with a 1-2 record.

The good news for the 49ers is that there is plenty of time to make changes and still have an outstanding 2022 NFL season. The 49ers are ready to face the current NFL champs at their home-field tonight.

All eyes are on the Rams and the team’s chances of winning another Super Bowl. However, the odds are still higher for the Rams than most teams. Yet, it’s not just about what they accomplished last season; their current performance has also delivered a solid statement.

The Rams are now 2-1 after defeating the Atlanta Falcons and the Arizona Cardinals in the last two weeks. In Week 1, the Rams took a hit against the Buffalo Bills, and there was not much the team could do about it but straighten up and find a path to victory.

Matthew Stafford continues to be the leader that commands the Rams’ potent offense. Stafford is now standing with 761 passing yards and four touchdowns.

The 49ers have not had an ideal start to the 2022 season. With a 1-2 record, the 49ers are now at the bottom of the NFC West division. However, except for San Francisco, every team in their division has nailed at least two victories.

The 49ers have a chance to equal their division rivals tonight. However, with a 19-10 loss against the Bears and an 11-10 defeat versus the Broncos, the 49ers seem to be still trying to uncover their best version. Jimmy Garoppolo is getting his third start for San Francisco and is now standing with 365 passing yards and two touchdowns.

The Rams are all set to pull their third victory of the season this Monday night.

The Rams are now 2-1 and 1-0 on the road. However, no significant marks have set them apart from the league’s other teams. They are 16th overall with 234 passing yards and 17th with 20.3 points per game.

San Francisco is now the number one team in the league in points against, at 12.3, and may need a slight push to show what they’re made of in tonight’s matchup.