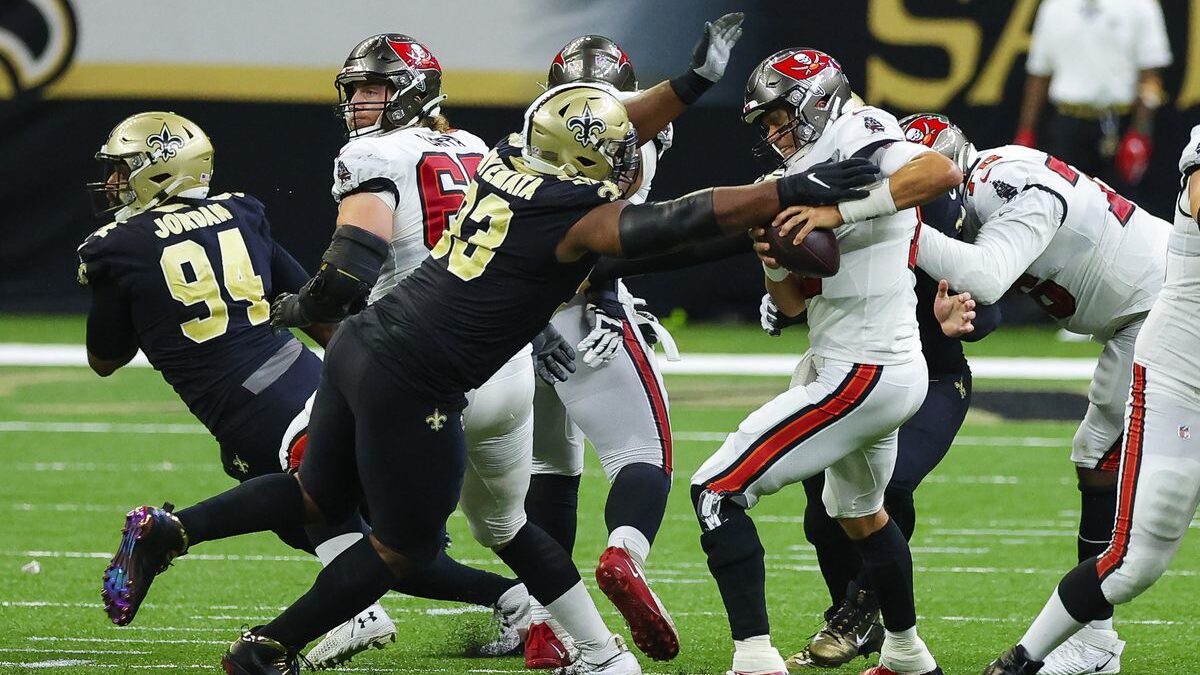 The Saints travel to Tampa to face the Buccaneers and hope to continue their recent domination over them since Tom Brady came to town. New Orleans is 4-1 in their last five games against the Bucs and is looking to end a recent slump. They’ve lost three of the previous four games and hope to move out of last place in the NFC South, where they’re tied with the Carolina Panthers with a 4-8 record.

Tampa has been up and down this season. They began the campaign with two straight wins, followed by two defeats. After a three-game losing streak, they went on to win two straight over the Los Angeles Rams and Seattle Seahawks before falling last weekend on the road to the Cleveland Browns, 23-17.

It’s been a disappointing season for the Saints so far as they continue to struggle on offense. They’re currently 20th in scoring, averaging 20.8 points per game, and also battling a lot of injuries on the offensive side of the ball.

They are also tied for last in the league in turnover differential at -14. New Orleans has decided to stick with Andy Dalton at quarterback, even though Week 1 starter Jameis Winston has been healthy for several weeks.

Dalton has thrown for 2,023 yards and 14 touchdowns with seven interceptions this season. His 51.4 QBR is 21st in the league. Alvin Kamara is the leading rusher with 524 yards and a single touchdown on the season. Chris Olave is the team’s leading wideout with 822 yards on 56 receptions and three touchdowns.

Bucs Need A Win To Stay In The Playoff Picture

Tampa is still at the top of the NFC South and must keep its lead over the Atlanta Falcons in the division to have a sure playoff spot. The Bucs have had problems scoring points this season and rank 27th in the league with 18.2 points per game.

They are also amongst the worst in the league in rushing but are the sixth-best team in passing, with 266.1 yards per game. They’ve also had problems in the red zone, where they’re 25th in the league in touchdowns after reaching their opponents’ 20-yard-line.

As long as the Bucs continue to protect the ball and win the turnover battle, they should be successful against the Saints in tonight’s contest. Fournette will also return to the lineup after missing last week’s game for the Bucs. Both teams have struggled recently, but Tampa has more weapons in this matchup.

Godds Pick/Prediction: The Bucs win, and the total goes over.