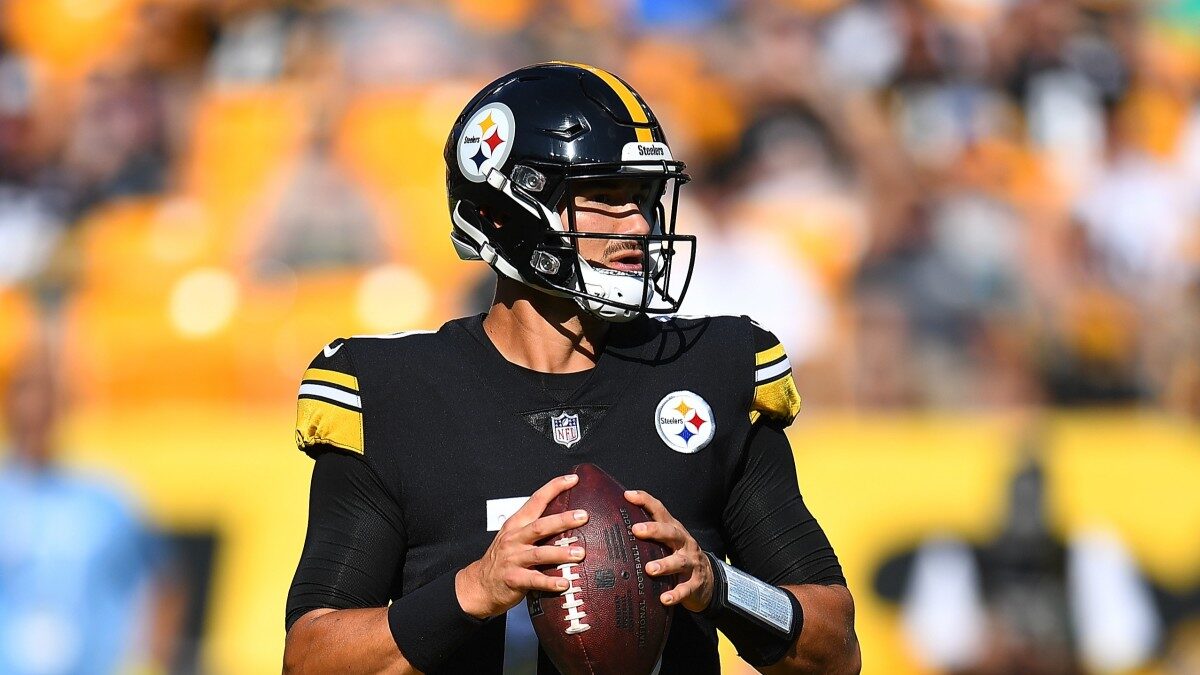 The Steelers and Browns clash in an important division battle at FirstEnergy Stadium tonight. Pittsburgh upset the Cincinnati Bengals in overtime in Week 1, then took a disappointing loss to the New England Patriots at home.

They are struggling on offense with Mitch Trubisky at quarterback, as he’s thrown for just 362 yards and two touchdowns while only completing 59% of his passes.

Cleveland won their first game against the Carolina Panthers in a close matchup, 26-24. Then, on Sunday against the New York Jets at home, they had a chance to improve their record to 2-0, but the stunned Browns fans had to watch New York score two touchdowns in the final 1:30 to take a 31-30 victory.

The defense of the Steelers has played great, giving up an average of 18.5 points in the first two games. However, the offense has not looked so good.

Trubisky hasn’t had confidence in throwing the ball downfield in the first two games, even though his elite receiving corps members have been open on many occasions.

His performance had fans chanting for Kenny Pickett on Sunday against the Patriots, the Steelers’ first-round draft pick that will likely get a chance to start at some point this season.

Trubisky has completed 42 of 71 passes, with a QBR of 38.5, which is 24th in the NFL, and his 362 passing yards puts him 29th in the league. Najee Harris has also struggled behind a terrible offensive line and only has 72 yards on 25 carries.

Pittsburgh’s defense is tied for fourth in the league with seven sacks and is second in takeaways with four in the first two games.

Browns Look To Bounce Back

With starting quarterback Deshaun Watson suspended for half the season, the Browns have depended on backup Jacoby Brissett to lead the team.

He got a win over former Browns QB Baker Mayfield and the Panthers last week but had to watch his defense fail in the final minutes of Sunday’s home loss. Their offense currently ranks ninth in the league with 380 yards per game.

Brissett is 40-61 for 376 yards and two touchdowns, but the offense has been led by RB Nick Chubb, who has carried the ball 39 times for 228 yards, which is second in the NFL, and three touchdowns. He’s also averaging 5.8 yards per carry, which is eighth in the league.

The total has gone under in four of the last five games for Pittsburgh, and they are 15-4-1 in the previous 20 games against the Browns.

Cleveland is 1-5 against the spread in their last six home games, and the total has gone under in seven of the last nine games at home against the Steelers.

Cleveland’s offense is still in the top ten in the league without Watson at the helm but must recover from the crushing loss last weekend in a game that could have put them in the division lead.

Pittsburgh was lucky to win their opener against the Bengals, and there’s no sign their offense will improve anytime soon.

Godds Pick/Prediction: The Browns win, and the total stays under.