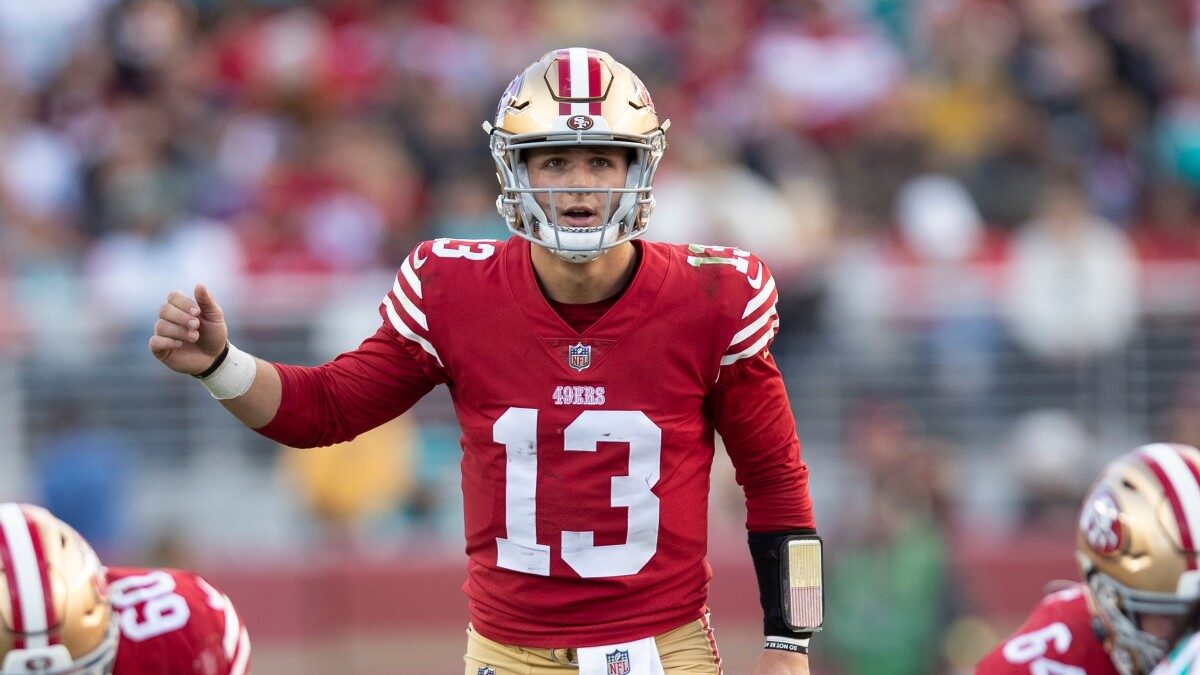 The 49ers and Seahawks meet tonight at Lumen Field in Seattle in a game with playoff implications. San Francisco is 9-4 this season and is the hottest team in the NFL as they go for their seventh straight win tonight.

They have a two-game lead over Seattle in the standings and can clinch the NFC West title with a win tonight on the road. They beat the Seahawks 27-7 in their first meeting in Week 2.

Seattle has faltered after starting the season 6-3. Since winning four straight games, the Seahawks have lost three of their previous four and can fall to 7-7 on the season, which would put them temporarily out of the playoff picture behind the New York Giants and Washington Commanders in the NFC. However, a win tonight would put them firmly into the middle of the postseason race as the sixth seed in the conference.

49ers’ Purdy Has Been Solid In First Two Games

The 49ers lost quarterback Jimmy Garoppolo for the season to injury less than two weeks ago during their win over Miami, but rookie Brock Purdy has stepped in and not missed a beat.

He had 210 passing yards against the Dolphins and had 185 yards and completed 76% of his passes in the win over the Tampa Bay Buccaneers on Sunday. He is dealing with an oblique injury but is expected to play in tonight’s contest.

Garoppolo could return if San Francisco makes a deep run in the postseason and leads the 49ers with 2,437 yards,16 touchdowns, and four interceptions.

Christian McCaffrey is the top rusher with 819 yards and five touchdowns, and Brandon Aiyuk leads the Niners in receiving with 755 yards and has scored seven times.

Seahawks Hope To Bounce Back From Upset

The Seahawks are hoping to recover from last week’s 30-24 home defeat to the Carolina Panthers. Seattle held first place in the division and could fall three games behind the 49ers with another loss at home.

Seattle has been dealing with recent injuries and currently has eleven players on injured reserve. They also have three starting defensive backs listed as questionable for tonight’s game with injuries.

Geno Smith has been solid under center for Seattle this season and has passed for 3,433 yards and 25 touchdowns. His 64.5 QBR is fifth in the NFL.

Kenneth Walker III is Seattle’s leading rusher with 649 yards and nine touchdowns, and Tyler Lockett leads all Seahawks receivers with 896 yards on 71 catches and eight touchdowns.

The Seahawks have struggled on defense in recent games and gave up 223 rushing yards in the loss to Carolina. However, San Francisco should continue to play well, especially on defense, where they’ve given up an average of 8.5 points in the last four games.

Godds Pick/Prediction: The 49ers win, and the total stays under.