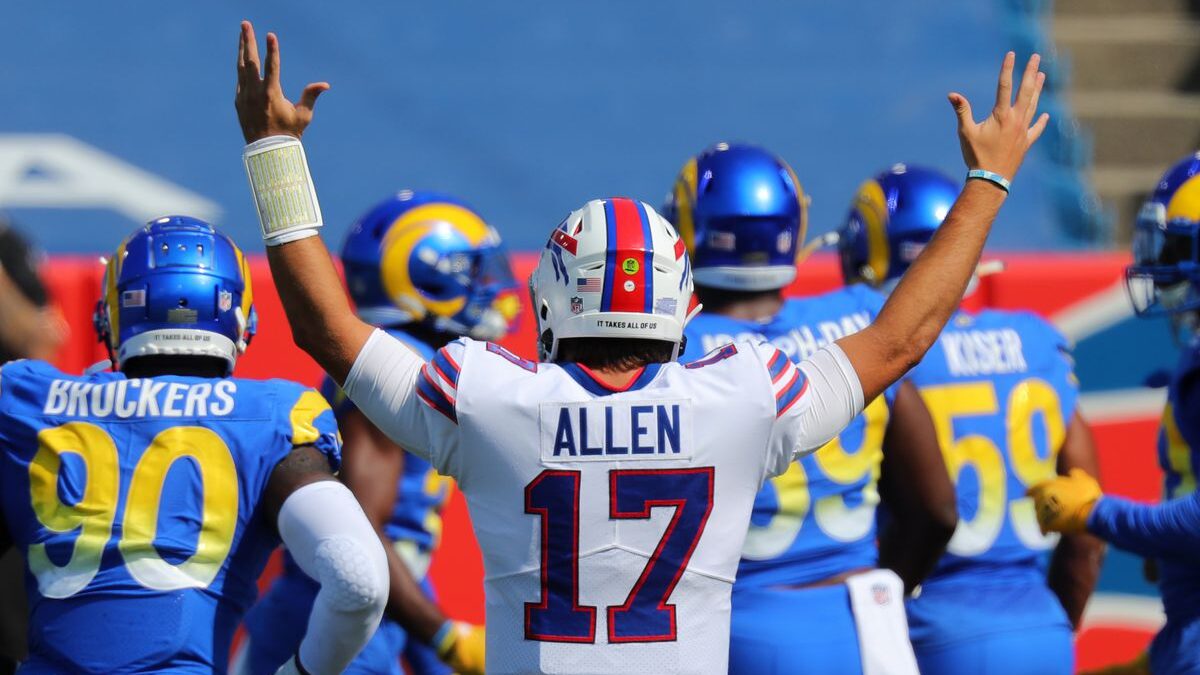 It’s that time of the year football fans have been waiting for. Finally, the official 2022 National Football League season is about to start, and the opening game will bring two teams together that will not disappoint.

The Buffalo Bills are ready to prove why they have been one of the top and most favored teams for the last two seasons. The Bills must now push for a ring that can back up that claim and allow them to climb to the top of the league standings.

Buffalo is ready to start the 2022 NFL season by visiting the current champs, the Los Angeles Rams, at SoFi Stadium this Thursday night. As for the reigning champions, there is not much to do but to prove except that they belong as one of the favorites to win another title.

Not only that, but the Rams seem to be convinced that they can join that minimal and exclusive list of teams that have won a ring two years in a row.

Allen’s Bills Ready to Get the Season Started

Last year, the Bills were able to make it to the second leg of the playoffs. Yet, it was at the Divisional Playoffs stage and before heading to the Conference Championship game that the Bills took their final hit.

That was against the Kansas City Chiefs, who also failed to make it to the Super Bowl. However, the Bills are ready to go after the ring this year and prove why they managed to pull a solid 11-6 season record in 2021.

They did so by having top players such as Josh Allen under center. Allen finished the 2021 regular season with 4,407 yards and 36 touchdowns.

Against all odds, the Rams finally won a championship and have done so like other teams in the past haven’t. But, first, they acquired a top quarterback who didn’t see glory back in Detroit.

They built a championship team by trusting top men and their talent without the need to push for top draft picks. As a result, the Rams have a chance to become champs again, and their roster might not disappoint.

The Rams are ready to start with Matthew Stafford leading the offense as the team gets the official 2022 season started. Stafford finished last season with a total of 4,886 yards and 41 touchdowns.

The Bills won all three preseason games and now have a chance to take on last year’s champs. As for the Rams, they might be slightly under the radar.

However, that doesn’t imply that the team is unprepared for top action. With Stafford back on the field, unpredictability will always play against the current champs, as much as the pressure to fight for a second straight title.

However, that might prove enough to put a chip on the Rams’ shoulders and allow the team to power through their opening game.