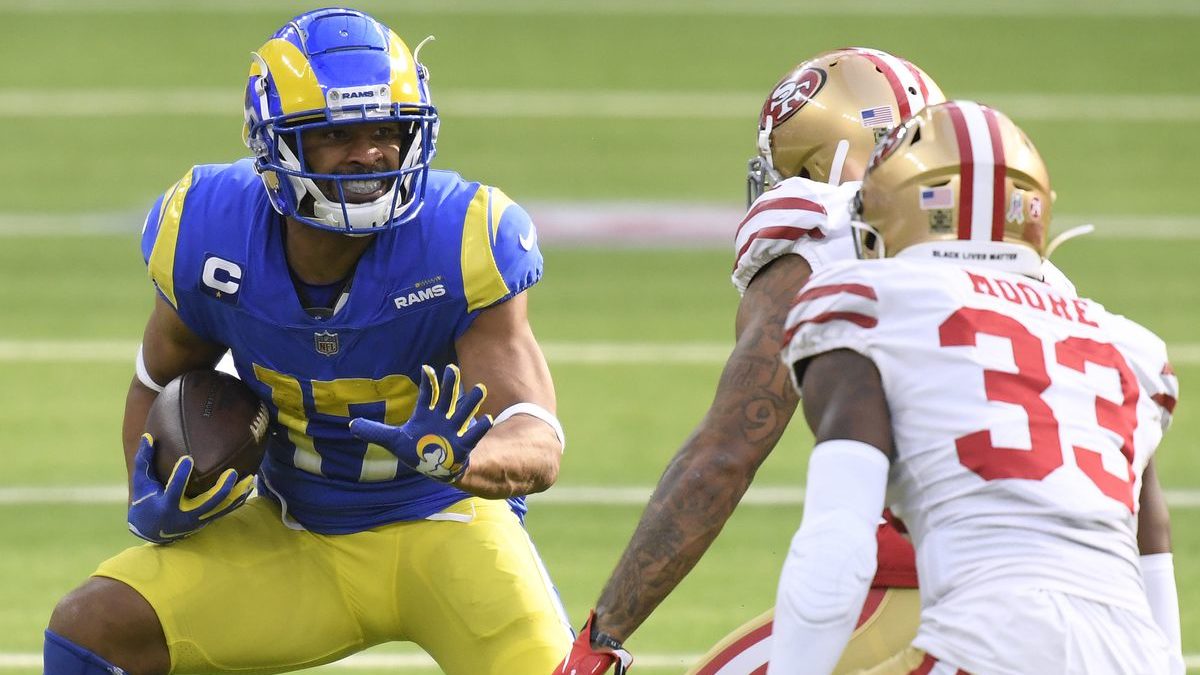 Today has a special NFC matchup between the Rams and the 49ers when number-two comes to play as a visitor against the number-three in the NFC West. The Arizona Cardinals dominated the division early, who currently have a mark of 8-2 after their loss yesterday in an upset game against the Carolina Panthers.

Now, these two will have the chance to get closer to the top position in this game when they play each other, in a possible debut from one of the most popular players in the league currently in WR Odell Beckham Jr with his new team, the Rams. Both of these teams are coming off a loss on their last schedule. San Francisco took one from the Cardinals and the Rams from the Tennessee Titans, who recently won against the New Orleans Saints.

The Rams have had a successful season run so far with a mark of 7-2. They have gone through teams and gotten the best in most of them. Also, it is very noticeable that the strategy that has worked the most for them has been the passing game, averaging 296.3 passing yards per game ranked number three in the league in this department.

For QB Matt Stafford it has been key to throw the ball to his receiving team. He is accumulating 2,771 yards this season in the passing game, especially with his top WR Cooper Kupp recording 1,019 yards.

Most recently, the Rams have announced the new acquisition for one of the top wide receivers that the Browns have released, OBJ will possibly be ready for the next game, and for a team that likes to throw the ball, this is a big deal.

San Francisco will host the Rams in a very troubled season that has meant a lot of disappointment for the 49ers fans, but that QB Jimmy Garoppolo and company will continue to look to turn around. The 49ers currently have a record of 3-5 this season, not near where they had hoped to be.

Despite the Niners having drafted one of the top young first-round prospects in QB Trey Lance, the weak performance comes. He came into the pro league with many expectations behind him due to his great resume while playing in college but has not displayed his team’s ability further. There have been very few times in which the rookie QB has taken some snaps; however, they have not been successful enough to take full responsibility for the position just yet.

This season has not been only about getting the wins but winning on the road for the Rams. They have a record of 5-1 as a visitor, while the 49ers have had many issues getting the wins at home with a record of 0-8 while playing on their field. Nonetheless, the Rams appear to be struggling a little when playing against San Francisco since they have been getting the worst part at 1-4 in their last five games.

The Rams have had a great run so far and will continue to demonstrate why they are currently one of the top teams in the league. They have lost only against top teams and show consistency against below-average teams, where San Francisco has placed themselves throughout this season. With the recent addition of OBJ, they will soon find a task to get the best out of his talent.