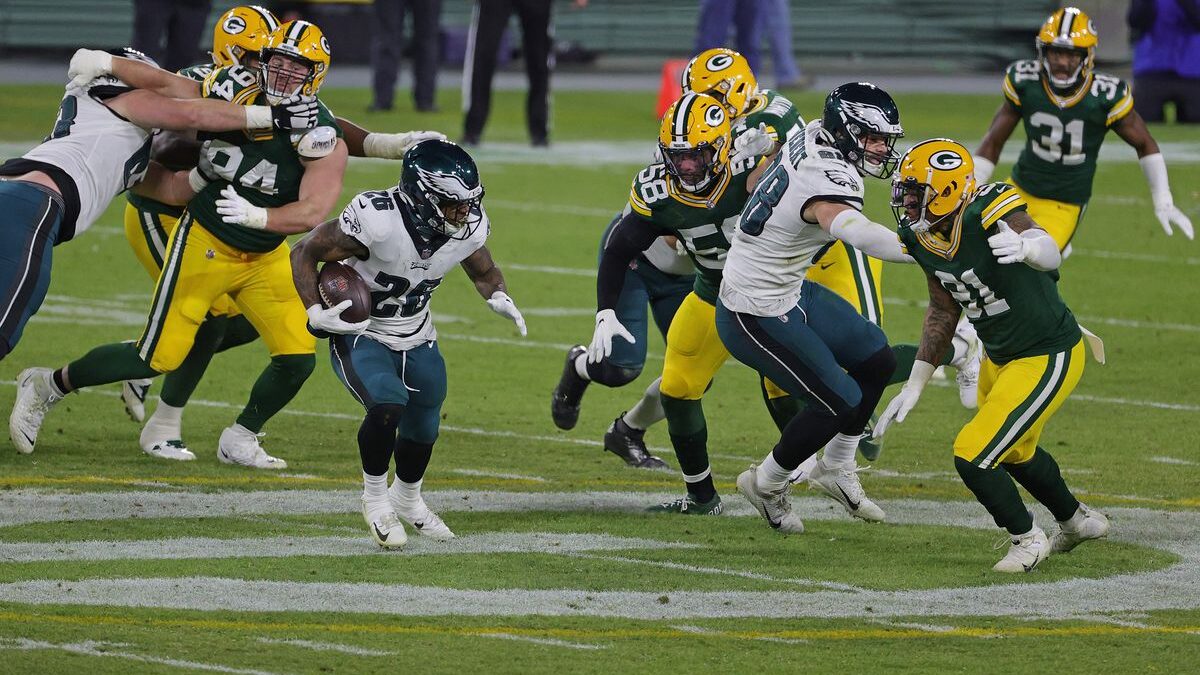 The Packers and the Eagles meet in a battle of teams at opposite ends of the NFC standings today.

The Packers and Eagles clash on Sunday Night Football from Lincoln Financial Field in Philadelphia. The Packers are 4-7 on the season and are currently not in contention for a playoff spot in the NFC.

After a 3-1 start, it looked like Green Bay had found its stride and would go on to contend with Minnesota for the NFC North title. However, the Packers have lost six of its last seven games and are one game ahead of the Chicago Bears, who are last in the division.

The Eagles hope to be the first team in the NFL to reach ten wins this season with a win at home tonight. Their 9-1 record puts them at the top of the NFC East, just ahead of the 8-3 Dallas Cowboys. Philly also hopes to get its offense rolling tonight after scoring 38 points in the last two games.

It’s been a long time since the Packers were out of the playoff picture this early in the season. They can at least gain some respect if they can pull off a win on the road tonight. After surprising the Cowboys in overtime two weeks ago, Green Bay was beaten at home by the Tennessee Titans 27-17 last Sunday.

Aaron Rodgers isn’t listed on the team injury report but says he’s been playing with a broken right thumb he suffered back in Week 5. He’s thrown for 2,542 yards and 19 touchdowns, which is fourth in the league.

Aaron Jones leads the ground attack with 778 yards and two touchdowns, and Allen Lazard is Green Bay’s top receiver with 38 receptions for 529 yards and five touchdowns.

The Eagles look to get their offense back on track after two straight mediocre performances. They’ll have to depend on their running game, ranked sixth in the league, to control the clock against Green Bay.

Philly is ranked fourth in the NFL in scoring but must go up against the Packers’ fourth-ranked pass defense. The Eagles are looking to have a big game at home and recover from two below-average performances recently.

Philadelphia has been one of the biggest surprises in 2022 after winning nine straight games to open the season. After struggling the last two games, the Eagles look to dominate against a Packers team that should probably be bigger underdogs than they are in this matchup.