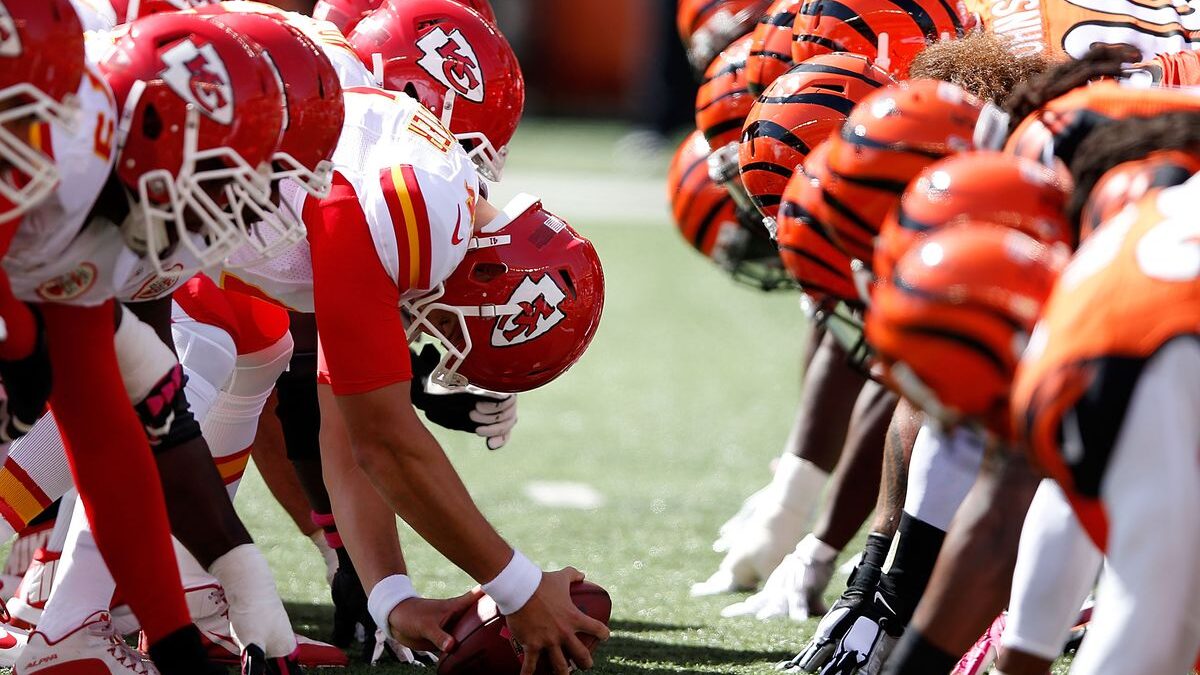 The Kansas City Chiefs face the Cincinnati Bengals Sunday afternoon in a crucial NFL matchup. Both have winning streaks and top standings to defend.

The Chiefs take on the Bengals at Paycor Stadium in what is becoming one of the best rivalries in the AFC.

The Chiefs come into this contest on a five-game winning streak and look to avenge their loss to Cincinnati in the AFC Championship last season. They have a 9-2 record and lead the second-place Los Angeles Chargers by three games in the standings. They are also undefeated at 3-0 in the division.

The Bengals started slow this season but now find themselves atop the AFC North, tied with the Baltimore Ravens at 7-4. They have now won three straight games and five of their last six. Cincinnati will try and keep this game close and take their third straight victory over the Chiefs.

The Bengals won’t lack confidence coming into this game due to their recent success against Kansas City and their home-field advantage.

The Kansas City Chiefs feature the top offense in the NFL in 2022. They are number one in total yards, points per game, and passing yards and will put a lot of pressure on the Bengals’ defense this afternoon. After struggling to move the ball during their last matchup in the AFC Championship, they’ll have to continue their success on the ground if they hope to dominate in this contest.

Isiah Pacheco leads the Chiefs’ running backs with 455 yards and two touchdowns, and Travis Kelce is the top receiver with 73 receptions for 912 yards and 12 touchdowns, which leads the league.

Cincinnati needs a fourth straight victory to keep its position at the top of the division standings. The Bengals believe they can keep this game close but will need their best defensive performance of the season if they want to slow down the top offense in the league.

Unfortunately, they have two key offensive players on the injury report. Joe Mixon is questionable after suffering a concussion, and Ja’Marr Chase is listed as probable with a hip injury.

Joe Burrow has thrown for 3,160 yards and 23 touchdowns this season with eight interceptions. Mixon is the team’s leading rusher with 605 yards and six touchdowns, and Tee Higgins leads all Bengals receivers with 57 receptions for 826 yards and four touchdowns.

The Bengals can win this game if they can continue to control the clock and keep the score close. Kansas City may be at the top in almost every offensive category, but the Bengals aren’t far behind.

They are fifth in points per game and rank sixth in total offense. Cincinnati can also gain an advantage against a Chiefs secondary that ranks 21st in the league against the pass.