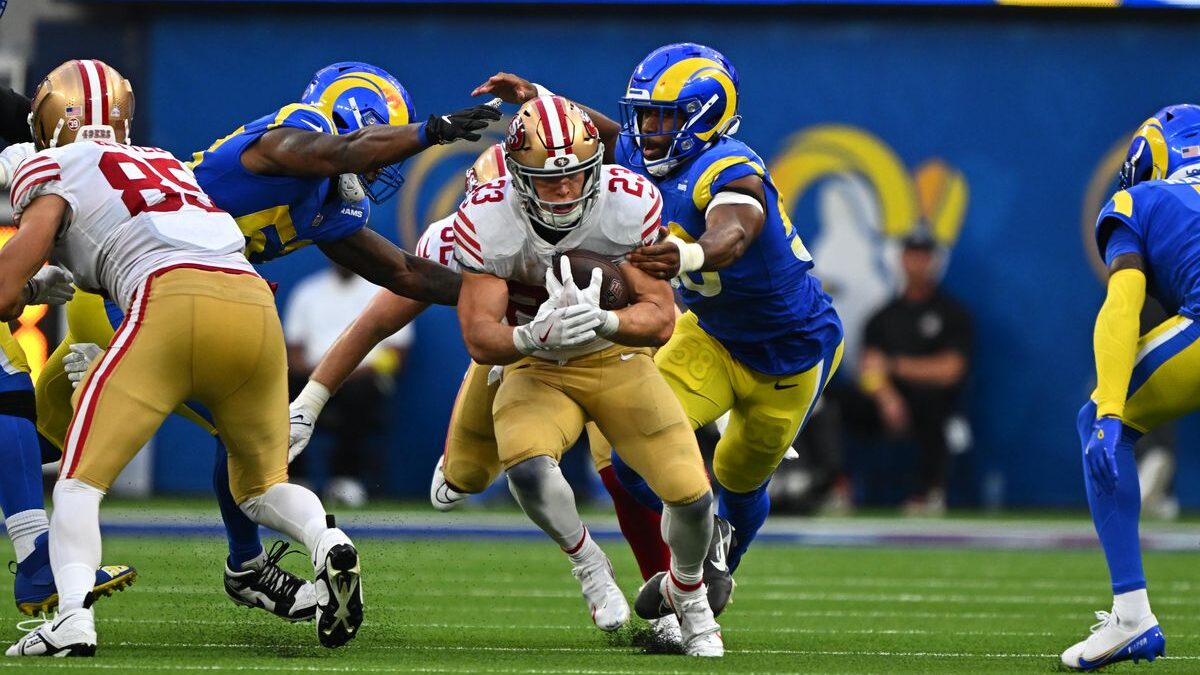 The L.A. Chargers and San Francisco 49ers meet tonight as the Chargers turn things around after a slow start. The Niners, however, hope to stay above .500.

The Chargers and Niners clash in this inter-conference west coast battle tonight at Levi’s Stadium. The Chargers are 5-3 on the season and one football match behind the Kansas City Chiefs in the AFC West Division.

Since losing two of their first three games, Los Angeles has won three of four, with their only loss coming to the Seattle Seahawks at home during that stretch. They recovered from that loss to beat the Atlanta Falcons 20-17 last Sunday.

San Francisco is coming off a bye in Week 9 and needs to improve on its 4-4 record. They’re currently second in the NFC West behind the Seahawks and won their last contest on the road against the Rams 31-14.

They haven’t played at a consistent level so far this season and look to string together a few victories and start making a move up in the standings starting tonight.

Chargers Need To Improve Against the Run

The Chargers have responded to their slow season start with three straight wins against the Texans, Browns, and Broncos before their loss at home against the Seahawks.

However, their defense is 30th in the league in points allowed, giving up 25.8 per game. They’re also 29th in the league in rushing yards per NFL game at 145.5 and have given up a league-high six rushes of 40 or more yards this season.

Justin Herbert is fifth in the league in passing yards with 2,254 and has 13 touchdowns and five interceptions on the season. Austin Ekeler leads the team’s rushing attack with 427 yards and six TDs, averaging 4.4 yards per carry, and Mike Williams is the top receiver for the Chargers with 37 receptions for 495 yards and three touchdowns.

Niners To Show Off New Offense

The 49ers have shown what’s possible when they have the ball after adding Christian McCaffrey to their offense. He had a small impact in his first game in San Francisco.

In his second game, the former All-Pro running back had 149 yards from scrimmage and two touchdowns in the victory over the Rams. Coming off their bye week, coach Kyle Shanahan has surely added a few more ways McCaffrey can be used in this offense.

Jimmy Garoppolo has led the Niners’ offense since replacing the injured Trey Lance. He’s thrown for 1,691 yards and 11 touchdowns this season with just four interceptions.

Jeff Wilson Jr. is currently the team’s leading rusher with 468 yards and is averaging 5.1 yards per carry. Brandon Aiyuk is the number-one receiver for the Niners, with 38 receptions for 483 yards and four touchdowns.

The Chargers will be at a disadvantage as they are missing several key players tonight, including their top two receivers, Mike Williams and Keenan Allen, due to injury.

Herbert has been struggling after going four straight games without throwing for 300+ yards. The 49ers will show why they’re one of the best offensive teams in the league against a shaky Chargers defense in tonight’s contest.