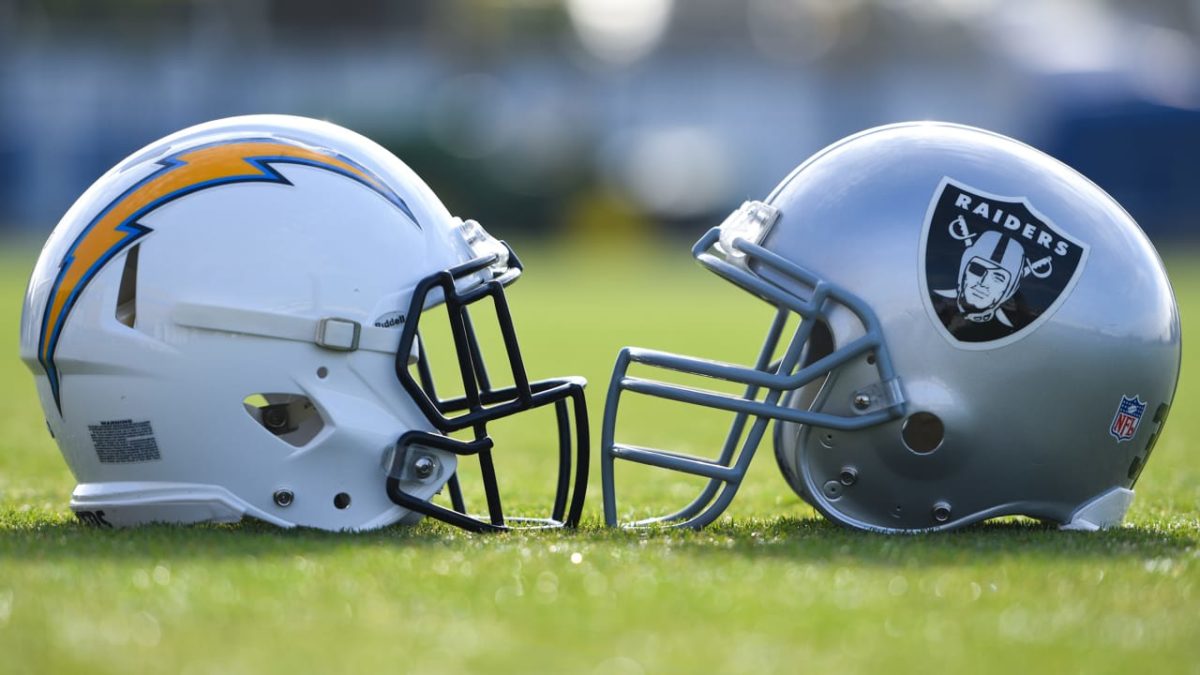 The Las Vegas Raiders look to keep their perfect season alive as they face the Los Angeles Chargers in Monday Night Football tonight. This Week 4 game is the second road game for the Raiders.

It’s a battle for the AFC West tonight as the Las Vegas Raiders head to Los Angeles to meet the LA Chargers. The Raiders are 3-0 as they continue to break in their new stadium and attract more fans, and hope to keep the winning streak alive today. The Los Angeles Chargers have had a decent run, even defeating the Kansas City Chiefs in Week 3.

The Raiders currently occupy the top spot in the division, and the Chargers are looking to climb up from their number-three spot with a home win today. The Raiders have a lead in the number of wins in this rivalry, but that doesn’t necessarily mean much. The last time these two teams met, on December 17 of last year, the Chargers took the win in overtime.

The Raiders are on top of the NFC West with three wins and no losses, but that doesn’t paint a complete picture. All three wins came against teams that are experiencing growing pains – the only exception might be the Pittsburgh Steelers. However, all three wins needed overtime, which indicates that the Raiders still have some work to do.

Starting running back Josh Jacobs is a game-time decision as he still works his injured ankle back into shape. That hasn’t hurt the team too much so far, but tonight is going to be a different game. The Raiders are going to need an extra commitment out of their backs and tight ends tonight.

Taking down the Chiefs was a solid statement from the Chargers sideline. They went into the game as 6.5-point underdogs, but the Bolts were undeterred. The Chargers are cleaning up their offense as the season starts to unravel and, while they’re currently seventh in passing yards and points allowed, that is going to change soon.

The Chargers have won most of the games between these two teams, taking five of the eight contests. However, all three of the losses occurred one after the other from 2016-2019. It seems like the Bolts figured out what it was doing wrong and made some adjustments to turn the tables, and that is likely to continue tonight.

The Raiders are 5-5 straight up and 4-6 against the spread (ATS) across their last ten games. Eight of those found the Over hit. On the other side, the Chargers are 7-3 straight up and 6-4 ATS and the Under has hit in seven of those ten games.

For today’s game, the Chargers are the clear favorites across all of the books, and with good reason. Most of the lines are close, and could see some movement just before the game. Currently, FanDuel and BetMGM offer better moneyline options.

This is going to be a good game for bettors. They can expect to see some back-and-forth action between the two teams, with one or two interceptions that will alter the course of the game. There are no major injuries to report, although defensive tackle Justin Jones will be sidelined for the Chargers for a calf injury.

The Raiders have the talent to keep their undefeated streak alive but are going to have a couple of costly mistakes. The Chargers will take advantage of these and will also keep constant pressure on Raiders QB Derek Carr, forcing him to take chances he doesn’t want to make.