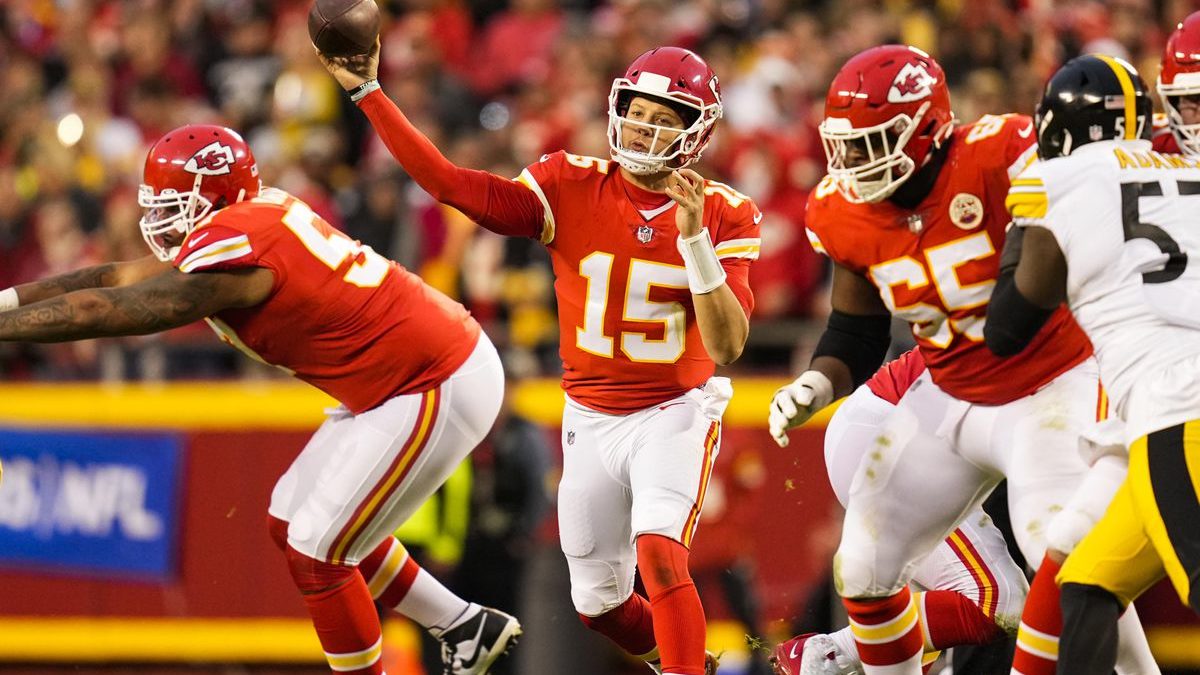 Wildcard Weekend continues on Saturday with the Pittsburgh Steelers vs. Kansas City Chiefs Betting Picks this afternoon. The Steelers were surprised to make this postseason and will need their best effort to survive until next week.

The Pittsburgh Steelers and Kansas City Chiefs will meet again at Arrowhead Stadium, but this time, it’s for a chance to move on to play in the Divisional round next weekend. These teams met three weeks ago in Kansas City, with the Chiefs winning 36-10. As long as Pittsburgh can keep this game close, they may have a chance of getting a victory.

The Chiefs can’t afford to have a start like the last game in which they trailed 23-0 at halftime. They just need to play their same style of balanced football without turning the ball over, and they should be able to get the win.

Steelers’ Defense Needs to Step Up

The only positive for the defense this season is that they led the NFL in sacks with 55. The Steelers don’t want to play from behind in this matchup, at least not as far back as they were the last time these two teams met when the Chiefs led by thirty points early in the second half.

Unfortunately, the Steelers didn’t score a touchdown until just under three minutes remaining in the game, which can’t happen this time around if they hope to move to the next round.

Roethlisberger might be playing his last game as he’ll probably retire after 17 years. He passed for 3,740 yards and 22 touchdowns this year, with WR Dionte Johnson his favorite target.

Offensive Rookie of the Year candidate RB Najee Harris rushed for 1,200 yards and seven touchdowns. His performance will be important in this game as the Steelers need to control the clock and keep Patrick Mahomes on the sidelines.

Chiefs Look To Repeat Performance from the Last Matchup

The Kansas City Chiefs are looking for another rout against the Pittsburgh Steelers in this AFC Wildcard matchup. The last time these two teams met, the Chiefs dominated in time of possession and took the ball away three times en route to the victory.

The Chiefs hope to do the same this time around while not turning the ball over. Unfortunately, they will again be without RB Clyde Edwards-Helaire, who has been nursing a shoulder injury for the past couple of weeks.

The Chiefs were led in the regular season by QB Patrick Mahomes, who threw for 4,839 yards and 37 touchdowns. This year, two of his receivers had over 1,000 yards as WR Tyreek Hill had 11 receptions for 1,239 yards, and TE Travis Kelce ended the season with 1,125 yards. Both finished with nine touchdowns for the year.

It will be hard for the Steelers to stop these three from leading their team to victory as long as they continue their consistent play.

The Steelers are 4-1 against the spread in their last five games vs. AFC opponents, and the total has gone under in four of their last six games.

For the Chiefs, the total has gone under in four of the previous five games at home against Pittsburgh and are 6-2 against the spread in their last eight games.

The Steelers are big underdogs in this contest and need to play their best game this season if they hope to win. However, as long as the Chiefs play consistently and control the clock, they should come away with the victory.