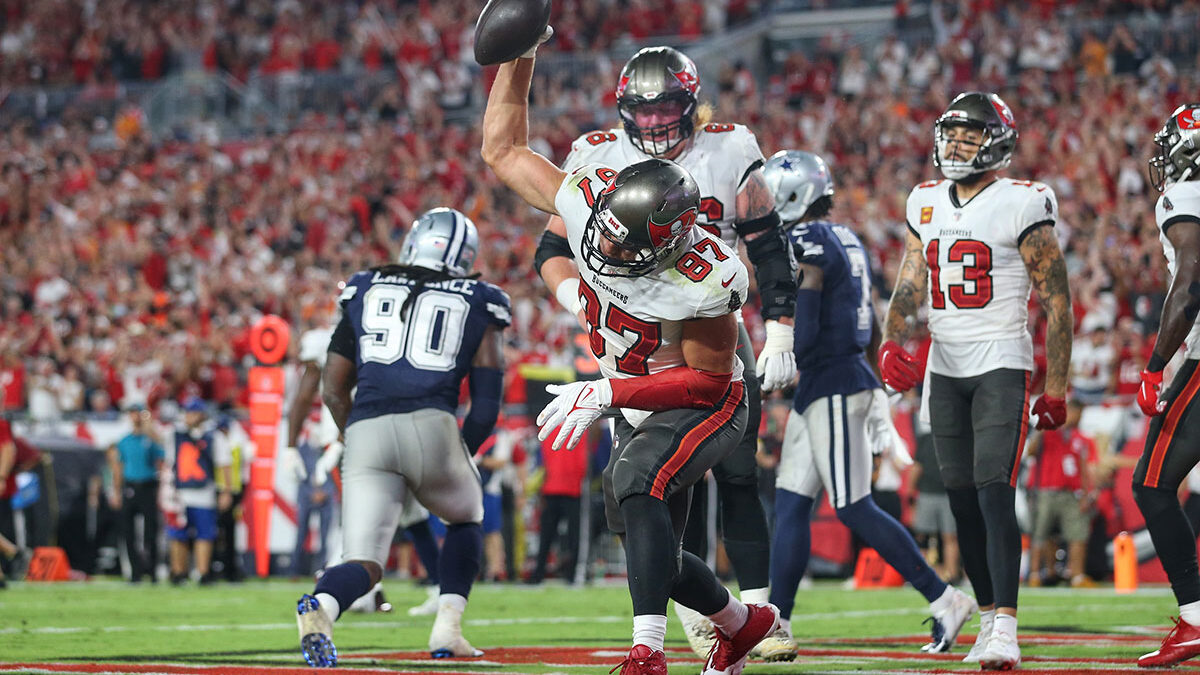 The Tampa Bay Buccaneers are ready to start their 2022 NFL Season against the Dallas Cowboys at AT&T Stadium tonight.

When things were about to change for the Tampa Bay Buccaneers, they kept their all-time MVP and Super Bowl winner on the offense. So for the Buccaneers, it’s again a chance to prove that a whole team backs up Tom Brady and that they are fully capable of winning another ring.

The Buccaneers are set for their season to start against the Dallas Cowboys at AT&T Stadium tonight. As for the Cowboys, talent is not short. With top men on the field, Dallas expects to change their fortune and not fall against the Buccaneers as they did in game one last season.

So everything is set for one of the most important and recognized franchises in NFL history to kick off the 2022 NFL Regular Season.

Brady’s Buccaneers After Another SB Ring

The Buccaneers came close to getting another ring last season, as they started the playoffs with a solid 31-15 win over the Philadelphia Eagles.

However, it all fell apart when the Buccaneers faced the current champions in the Divisional Playoffs. The Los Angeles Rams were ultimately able to hand Tampa Bay a 30-27 win to move on to the NFC Championship.

There is no question that Tom Brady will remain the top player on any team he plays. However, after announcing that he is staying for a least one more season, the Buccaneers can now rely on having one of the best quarterbacks in the history of the game on their side.

Prescott’s Cowboys on the Rise

The Cowboys have a unique chance to start the season against the same rival twice a row. The Cowboys missed the opportunity of surpassing the Buccaneers back in 2021. However, that was last year.

Tampa Bay pulled a 31-29 opening win against the Cowboys to get their top performance level up and running. The Cowboys don’t want to become one of the most important sports franchises that fall twice against a newly rising team.

The Cowboys will continue to rely on top talents such as Dak Prescott and Ezekiel Elliot to dominate the offense. Last season, Prescott finished with a total of 4,449 passing yards and 37 touchdowns, while Elliot gained 1,002 rushing yards.

The Buccaneers have another chance to start their season with a solid win against the Cowboys.

With Brady’s announcement that he wasn’t retiring, the league shook, and the Buccaneers gladly made room for one of the best quarterbacks in the league to stay. On the other hand, the Cowboys are still relying on whom everyone expects to become a top QB soon.

Prescott has had complete dominance of his offensive line yet must still strive harder if the Cowboys aim to make it past the first round of the playoffs this season.