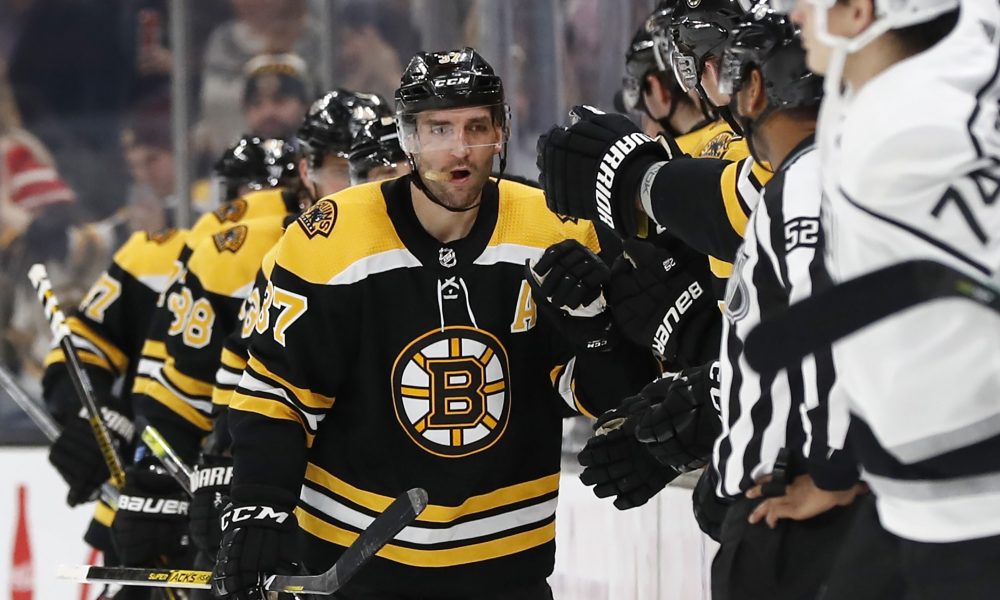 The Boston Bruins will take on the Nashville Predators at Bridgestone Arena in Tennessee on Thursday night. For Boston, an 11-8-0 season record and fourth place in the Atlantic Division has translated into a semi-successful beginning characterized by some inconsistent performances. The squad has managed to stay within striking distance and still has a solid chance to move up in the standings and challenge the top teams in the league.

For Nashville, the picture looks a bit brighter. They are 1-1 against Boston in their season series and are holding on to the third spot in the Central Division. This Thursday night showdown will give them a chance to move up in a division in which they trail St. Louis by only two points for second place.

Boston is averaging just 2.95 goals per game and is allowing 0.16 fewer points than they’re scoring. From a narrow perspective, the Bruins are lacking. Yet, their Power Play percentage currently stands at 25.9%, fifth overall in the league.

With a 2-3 record over their last five games, the Bruins need to trust that their offensive production is there. They need to continue getting the puck to players such as Brad Marchand, who leads the team in all offensive categories. Overall, Marchand has set the scoring pace with nine goals, 15 assists.

The Bruins took a 2-1 loss at home to the Detroit Red Wings on Tuesday night. According to Boston’s interim coach Joe Sacco, the team could’ve done a better job helping the goalkeeper by being more consistent on defense. Sacco mentioned that it’s not a good feeling knowing the Bruins were able to help the Wings achieve their 3,000th franchise win.

Nashville has made a solid effort to get more wins, and so far, they’ve been successful. With a 12-9-1 record, the Predators have been competitive in the Central Division. Still, not all numbers put a positive light on this team.

The Predators are averaging 2.86 goals per game and have allowed the exact number of goals in return, which puts them 15th in the league. Although their power-play percentage is strong, standing at 25% and ranking sixth overall in the league, some numbers are just not adding up.

With a 3-2 record over their last five games, including a 6-0 loss at home to the Columbus Blue Jackets, the Nashville squad will arrive at Thursday’s matchup having had a recent spike in performance and will be looking to reverse some of those negative outcomes they’ve had in recent games.

Even though Nashville is well positioned with the second spot in the divisional standings, the Bruins seem ready to secure a victory and look to start getting some wins to add to their record. As usual, the odds are tight, yet positivity seems to be putting Boston on the correct path.

The Bruins are arriving at Thursday’s matchup just a step ahead. Even though Boston is 4-4 in road games, it seems as if the team has the talent to break away from their slow start and start putting together some wins. Nashville is looking strong at home with a 7-4-0 record, yet they will have to put together some strong performances to overcome some of their on-ice issues and produce positive results that will give them better odds.