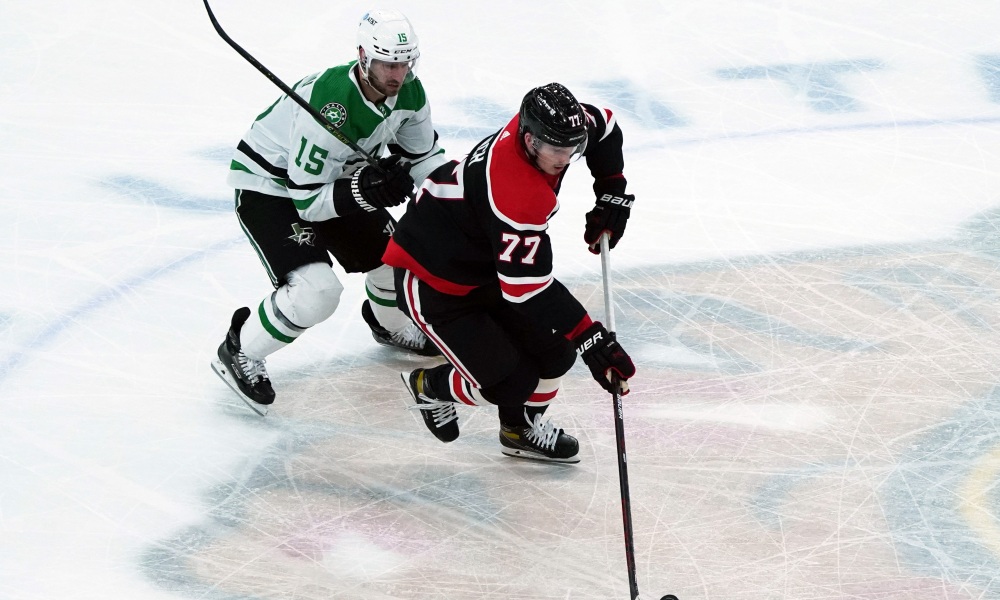 Division rivals Dallas and Chicago have only faced each other once this season, back on December 18, with the Stars coming out on top in overtime 4-3.

The Stars are in fifth place in the Central Division with a 26-19-2 record and are 14 points behind the Avalanche for the top spot. A win tonight could move them ahead of the Anaheim Ducks for ninth place in the Western Conference standings.

Chicago continues their disappointing season, with the Arizona Coyotes the only team they lead in the division. Since their four-game win streak back in mid-January, the Blackhawks have a 3-9 record and are nine games behind the Winnipeg Jets for sixth place in the Central Division standings.

Since losing three straight games back in January, the Stars have won eight of their last eleven games. The team recently split back-to-back games against Colorado.

After being shut out by the Avalanche on Sunday, they returned on Wednesday night and ended the Avalanche’s 19-game point streak with a 4-1 win. Joe Pavelski had two goals, and Jake Oettinger made 46 saves in the victory.

After being bombarded with seven goals, including a Patrik Laine hat trick, in last night’s 7-4 loss to the Columbus Blue Jackets, the Blackhawks must defend their home ice for a second straight night. Ryan Carpenter had a goal and an assist for Chicago, and Goaltender Arvid Soderblom gave up six goals on 36 shots in the loss.

It has been difficult to win consistently for the Blackhawks when averaging only 2.4 goals per game this season. Patrick Kane is the leading scorer for Chicago with 47 points and leads the team in assists with 35.

Alex DeBrincat is the team’s leading goal scorer with 29 and has 41 season points. A win at home tonight would be only their fourth in the last thirteen games.

The Stars are coming off a big win over the conference-leading Avalanche and hope to keep the momentum going in this game. Chicago is 3-6-1 in their last ten games and must do everything to avoid their sixth straight loss at the United Center on Friday night.