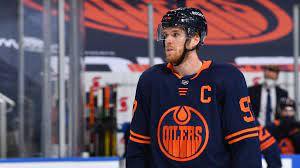 The Los Angeles Kings return home for Game 3 of the series vs. Edmonton tonight at the Crypto.com Arena. The Kings were able to accomplish their mission on the road by splitting the first two games of the series.

L.A. took the first game 4-3, but Edmonton stormed back to shut out their opponents 6-0 in Game 2.

After not scoring a goal on Wednesday night, the Kings need to get their offense going tonight. After an excellent offensive output in their Game 1 win, the offense couldn’t find the back of the net against Edmonton goaltender Mark Smith.

However, the Oilers seem to have more offensive production than Los Angeles and can expect Smith to be solid as he holds a 2.32 GAA in 31 career playoff games.

The Oilers have been dominant all season on the power-play and have scored on half their opportunities in the series. They were third in the NHL at 26%, with the man advantage in the regular season.

In addition, the penalty-kill unit hasn’t given up any goals so far in the playoffs and was ranked 17th in the league during the regular season.

In the victory on Wednesday, Smith stopped all 30 shots in leading the Oilers to victory, getting his fifth career playoff shutout. He has three shutouts in his last ten games overall.

Leon Draisaitl scored on the power-play early in the second period in the previous game, and Darnell Nurse had a shorthanded goal later in the period to put them up 2-0 to start the rout.

Kings’ Offense is a Concern

Anze Kopitar is the offensive leader for the Kings, scoring 19 goals and 67 points, with Adrian Kemp, the goals leader with 35 on the season.

Unfortunately, L.A.’s offense can’t realistically keep up with Edmonton, so these two players must step on the gas and start pushing the offense ahead.

The Kings need to figure out how to rebound from being shut out the last game after scoring four goals in Game 1. Goaltender Jonathan Quick was great in the series’ first game but was bombarded in Game 2, allowing six goals against 30 shots.

He only gave up 1.60 goals per game in the final five games of the regular season but has now allowed nine goals so far in this series.

The Oilers are 7-1 straight up in their last eight games against Western Conference opponents, and the total has gone under in five of their previous seven games against the Pacific Division.

For L.A., the total has gone under in four of their last five home games, and they are 15-4 straight up against Edmonton at home over the previous 19 matchups.

The Oilers need to continue their fast-paced play against the Kings, who will have difficulty coming from behind.

Also, Los Angeles needs to do better killing penalties after allowing the Oilers to score on 50% of their power-plays if they want to get their first win at home in the series.Godds Pick/Prediction: The Oilers will win, and the total goes over.