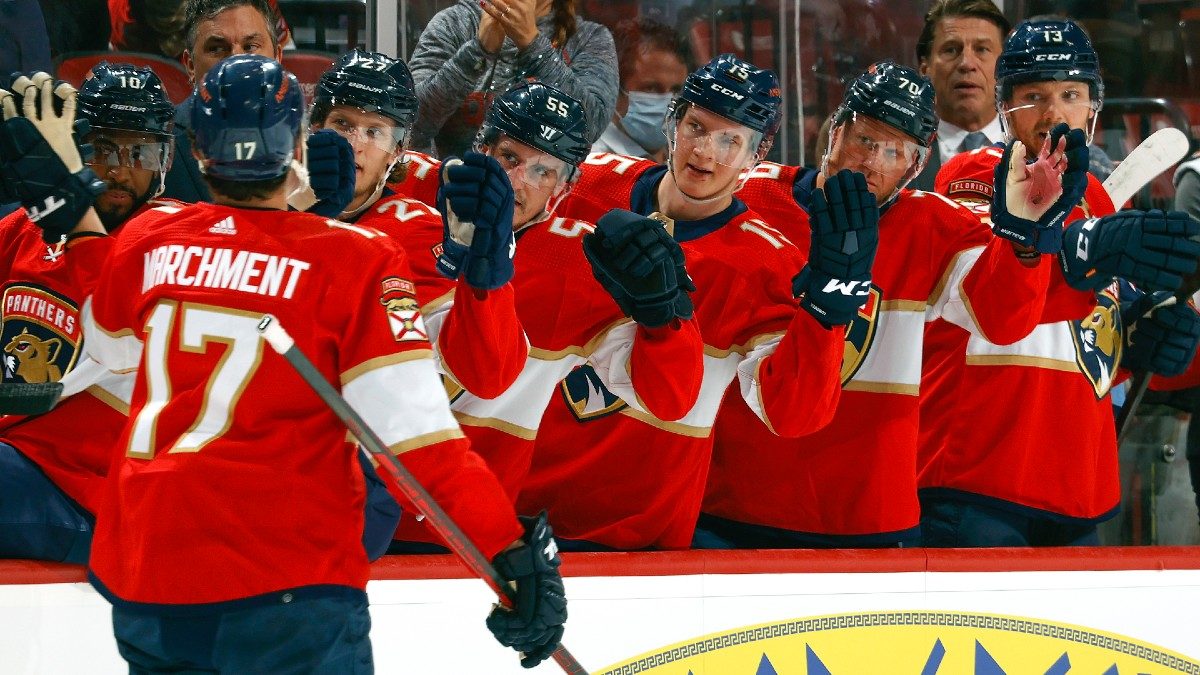 Buffalo will host the Panthers tonight as they try two win their second game on this homestand. The Sabers haven’t won three consecutive games since the start of the regular season and are in sixth place in the division, just one point ahead of the Ottawa Senators. However, they are 2-7-0 in their last nine games as they move further down in the standings.

Florida is sitting just one point behind Tampa Bay for first place. However, they should temporarily take over the division lead as the Lightning are idle tonight.

The Panthers have won two straight since losing the first three games of their recent five-game homestand. The last time they went on the road, the team won four out of five games and are 12-7-5 away from home this season.

The Panthers have won two straight games and are 5-1-0 in their last six road games. They won their second in a row at home against the Detroit Red Wings on Saturday 6-2.

Anton Lundell had two goals for the Panthers, and Sam Bennett had a goal and an assist in the victory. Sergei Bobrovsky stopped 22 shots to pick up his 28th win of the season.

Florida is led by Jonathan Huberdeau, who is third in the NHL in scoring with 76 points and has 58 assists. Aleksander Barkov is the team’s leading goal scorer with 25, and has 52 points this season. Aaron Ekblad leads the team in plus/minus at +36, which is fourth in the league, and Bobrovsky is tied for third in the league in wins with 28.

The Sabres have not had much more than long losing streaks this season and will try to avoid starting another tonight at home. After winning two straight games, they were held scoreless last night by the Los Angeles Kings 3-0. Andreas Athanasiou scored two goals for L.A., and Cal Petersen stopped 19 shots while getting his second shutout of the season.

Tage Thompson is the leading scorer for Buffalo with 42 points and is tied with Jeff Skinner as the top goal scorer with 23 on the season. Rasmus Dahlin leads the team in assists with 29, and Alex Tuch is the leader in plus/minus at +5.

Unfortunately, the goaltending hasn’t been great for the Sabres, as the team gives up 3.54 goals per game. Of the six goaltenders used by Buffalo this season, Craig Anderson has the most wins with eight and has a 2.94 GAA.

For the Panthers, the total has gone over in six of their last seven games on the road, and they are 14-6 straight up in their last twenty games.

Buffalo is 3-13 straight up in their previous sixteen games at home, and the total has gone over in nine of their last thirteen games overall.

This is the second game of the season between these division rivals, with Florida dominating their first matchup. The Sabres are hoping for a quick recovery from last night’s shutout loss to avoid another losing streak on their home ice.
Godds Pick/Prediction: Panthers will win, and the total goes over.