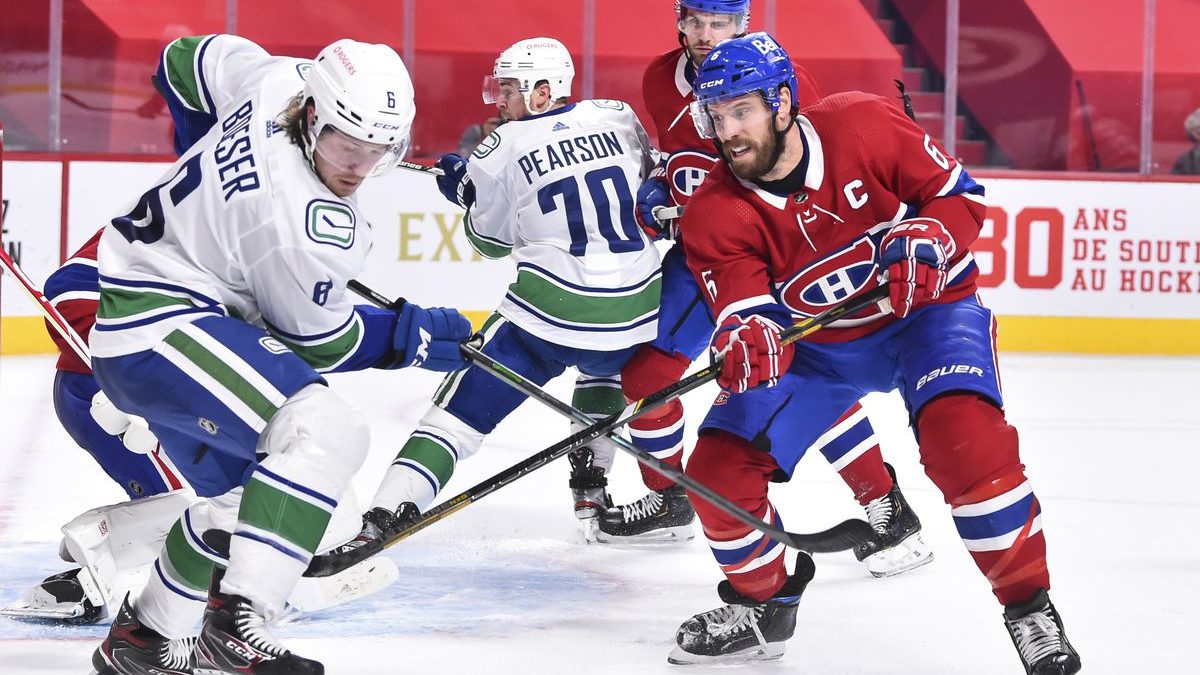 The Montreal Canadiens have not had their most successful season. Still, the team has delivered an outstanding effort to climb out of the bottom position of the Atlantic Division. If the Canadiens wish to accomplish better standings before the end of the regular season, they will need to focus on bringing their A-game to their upcoming matchups. Montreal will now prepare to face the Vancouver Canucks at Rogers Arena in British Columbia tonight.

The Canadiens simply want to stay away from the bottom stands of the Atlantic Division. For the Canucks, the approach is similar. Yet, Vancouver currently stands more favorable than their upcoming rivals. More than just being above the very bottom of the division, the Canucks are now closer than they think to keep climbing up in the standings.

The Canadiens have not been able to climb up in the standings. After ten consecutive games without a win, the Canadiens were able to find their way back. They would win five straight games before losing to the Winnipeg Jets. Montreal is looking for their third consecutive win as they find their way towards a season-changing streak.

The Canadiens have continued to rely on top players like right-wing Josh Anderson and Center Nick Suzuki. Anderson leads Montreal with15 goals, while Suzuki has 13 goals and 27 assists for 40 points.

Montreal is now seven points behind Buffalo. However, if they can extend their winning streaks as they have done recently, the Canadiens might be looking at a solid chance to pursue an upcoming season turnaround.

The Canucks won 6-4 against the Toronto Maple Leafs on Saturday night. Vancouver scored three goals in the final period to overcome a one-goal deficit held by the Maple Leafs. They moved closer to the playoffs by grabbing those two points.

Still, the Canucks must continue entrusting players like J.T. Miller to get the job done in tonight’s game. Miller now tops Vancouver with 22 goals and 41 assists for a total of 63 points so far this regular season.

The Canadiens might be attempting to climb, but they will need to get past their Vancouver rivals tonight. The total has gone over for the Canadiens in 14 of their last 20 games. In addition, they’re 7-1 straight up (SU) in their last eight games.

As for the Canucks, the total has also gone over in all of their previous eight games. However, they’re 2-7 SU in their last nine at home against Vancouver.

With a 28-23-6 season record, the Canucks still have plenty to pursue. However, with a 12-10-3 home record, they might just be looking better than the Canadiens’ 7-17-6 road record. Still, Montreal might just be dangerous enough to have a chance to get a road win over Vancouver.