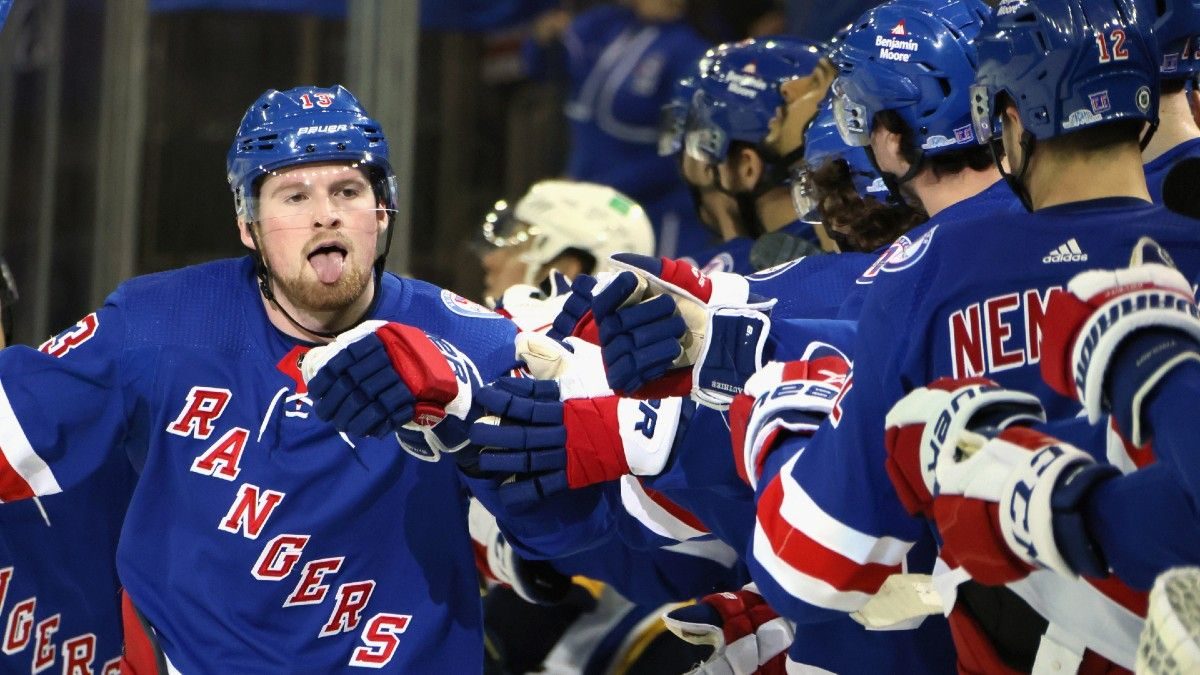 Metropolitan Division rivals the New York Rangers and the New Jersey Devils square off Tuesday night in Newark. The Rangers come into this game as winners of four of their last five games and are second in the division behind Carolina. However, they’ve made up a lot of ground recently and are now just three points off the lead as the Hurricanes have lost four straight games.

The Devils have had a rough season and are at the bottom of the division standings, two points behind the Philadelphia Flyers. They have lost three straight and are 3-6 in their last nine games. Although they haven’t been mathematically eliminated, they will most likely miss the playoffs for the fourth year in a row.

Rangers Closing In On Metro Lead

The Rangers have been solid all season and are one of only four teams to reach the 40 win mark after their win over the Hurricanes 2-0 on Sunday. Alexander Georgiev had 44 saves and got his first shutout of the season. Chris Kreider and Frank Vatrano each had goals for New York in the victory.

Artemi Panarin leads the Rangers with 72 points and has 56 assists on the year. Mika Zibanejad is second with 63 points, and Chris Kreider is tied for second in the league and leads the team in goals with 41.

Igor Shesterkin is the star for this team as he is the league leader in save percentage at .938. He’s tied for second in the league with 30 wins and is also first in the league in GAA at 2.05.

Devils’ Defense Ranks Near the Bottom

The New Jersey offense is better this season than in recent years. The big problem is their defense, which ranks 29th in the NHL and allows 3.58 goals per game. They’ve lost each game during their current three-game losing streak by identical 6-3 scores. This will be the ninth time the Devils will miss the playoffs in the last ten seasons.

The Devils are led on offense this season by Jesper Bratt, who has 60 points and leads the team in goals with 21 and assists with 39. Jack Hughes is second with 19 goals and 47 total points. Andreas Johnsson is one of only two players with more than 25 games played that have a positive plus/minus for New Jersey at +4.

For the Rangers, the total has gone under in all of their previous nine games vs. Eastern Conference opponents, and they are 4-2 straight up in their last six games on the road.

The Rangers look to go 3-0 against the Devils this season as they have a lot of positive momentum coming into this matchup and should continue to play well. New Jersey doesn’t have much to look forward to for the rest of this season and will likely continue to be dominated by New York.